By Leela on January 26, 2009 in She Explores, She Stocks a Thai Pantry, She Thais, She Uncooks 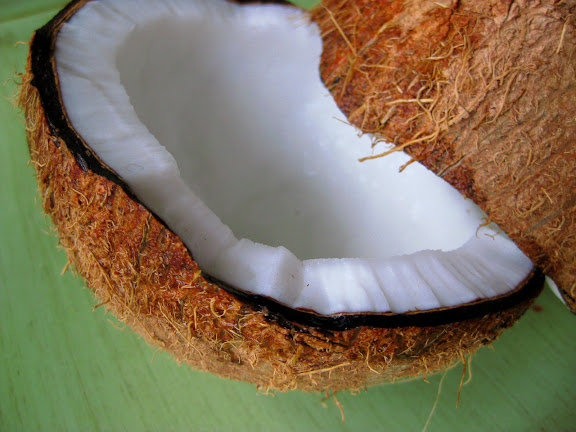 While my maternal grandmother hardly ever cooked (but the three things she did cook she cooked extremely well, the famous Yellow Chicken being one of them), my paternal grandmother spent much of her life in the kitchen. She was extremely particular about how things were done in her kitchen; everything had to be just so.

I wasn’t as close to my paternal grandmother as I was to my maternal grandmother, so I can hardly recall any quality hang-out time I had with Khun Ya in the kitchen or any place else. I do remember, though, that whenever Khun Ya saw me moseying around the house, looking like I didn’t have enough to keep me busy, she always motioned me into the kitchen and thrust upon the unwilling and exasperated me the task of grating coconut. I went from not knowing how to deal with coconut to knowing almost everything about the darn thing thanks to my paternal grandmother.

I didn’t appreciate it back then. I mean, what kid would want to be trapped in the kitchen, sitting on a weird contraption, grating coconut? I thought it was so uncivilized, so primitive, so backwards, so uncool, so … unnecessary.

You see, when I was growing up, pasteurized coconut milk in aseptic boxes or cans had already been in mainstream use for years. Granted, there were, and perhaps still are, purist home cooks who manually extract coconut milk from the grated fresh coconut meat obtained from the market, but these people have dwindled in number over the years.

My grandmother made Martha Stewart look like a lazy bum. 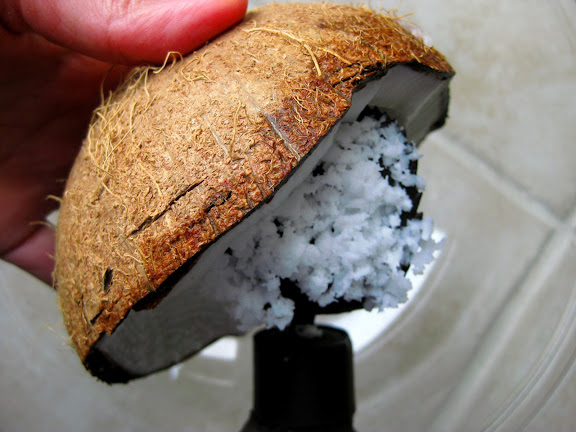 This traditional coconut grater is literally called the “coconut rabbit” (กระต่ายขูดมะพร้าว) perhaps due to its resemblance to a bunny (I don’t think that’s the case, but whatever …) — with an oblong body and a protruding “head” which is the grating blade. In the past several years, this ancient doodad has gone from being a household gadget to being a museum piece.

This is not to say that the bunnies have disappeared from the face of the earth; you can still find them in some places. They’re just not as widely available as they were decades ago. 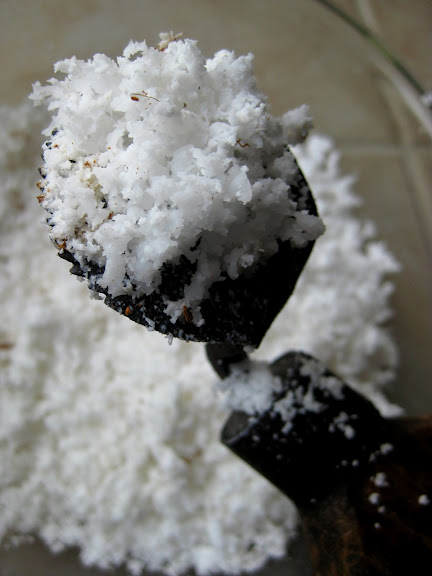 During my last trip to Thailand, I had to ask my mother to help find our old coconut bunny for me to bring back to the US. It took quite a bit of effort on her part to locate the ancient gadget which had been stashed away in the garage for years. You see, rarely does anybody use the rabbit any more.

But I can see why this odd-looking tool was so important to Thai cooks in the old day. Mature coconut meat is very tough to grate finely and since the purpose of grating the coconut meat is so that you can squeeze the milk out of every fiber, you want the coconut meat to be grated so finely that the end result resembles wet nut meal. That’s why a flimsy hand grater is not going to do the job;*you need the heavy duty rabbit which requires you to actually sit on it, thereby holding the contraption down with your body weight while you grate away in quick, short strokes to create minuscule flakes as opposed to long, coarse strands. It’s a full body exercise. 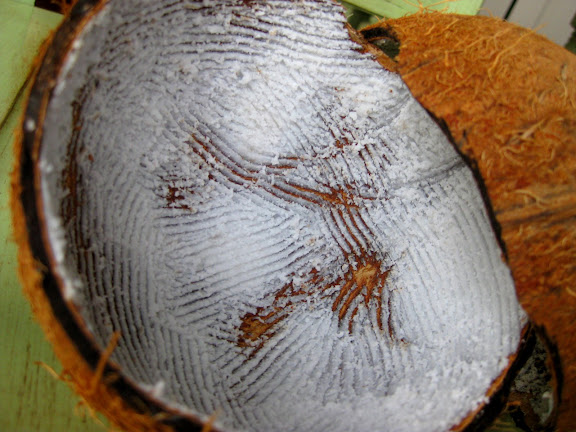 To extract coconut milk, lukewarm water, about half the amount of the coconut, is added to grated fresh coconut meat. The milk then gets squeezed out and strained. The first squeeze which is very concentrated coconut cream (literally called the “head” หัวกะทิ) is highly valued and reserved for specific applications. The subsequent yields (the “tail” หางกะทิ) become increasingly thinner as the process continues. After the process is repeated 3-4 more times, the coconut meat will have served its purpose and is to be discarded.

Despite Khun Ya‘s insistence that coconut milk extracted this way creates much better curries than those made from store bought pasteurized coconut milk, a blind taste test shows no difference whatsoever between the two. In my opinion, what makes Khun Ya‘s curries better than anyone else’s is her extraordinary homemade curry paste (which she, of course, ground up herself with the granite mortar and pestle). The method employed in extracting coconut milk is, I think, largely irrelevant. I made my opinion known to Khun Ya, but it always fell on deaf ear.

When she was alive, I couldn’t walk by the kitchen without being told to hop on the bunny and get to work. I hated it. Though the pain has significantly subsided over the years, the bunny and I will always have a love-hate relationship. And if you have ever grated coconut in this manner, you won’t blame me.

But with Khun Ya gone, I kind of miss that hellish task — so much so that I sometimes buy mature coconuts just so I can use the bunny to grate it. Voluntarily.

*Since coconut milk is one of the most heavily used ingredients in Thai cuisine, most of the time the coconut meat is grated for the purpose of milk extraction. Occasionally, mature coconut meat is grated into long, thin strands, somewhat like citrus zest, in which case a hand grater is more appropriate. But with the exception of being used in some old-fashioned desserts, fresh coconut strands are more for decorative purposes and rarely used in every day cooking.