By Leela on February 23, 2009 in She Kneads, She Rants and Muses, She Steams, She Veges 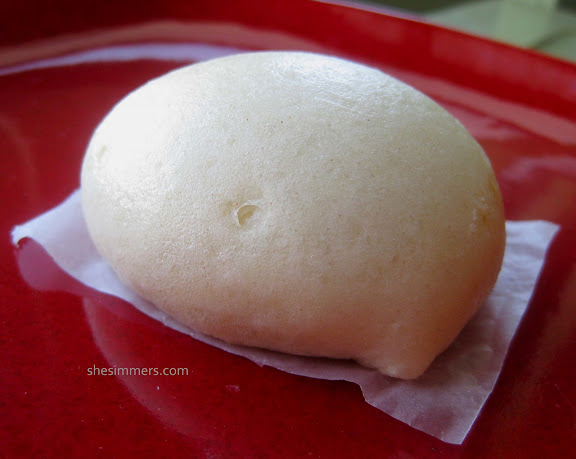 Growing up, I (as well as most Thai kids who had access to television) watched my share of Hong Kong TV series most of which were about jungle-trekking, mountain-climbing sword heroes — kind of like this or this.

How big of a fan was I? Well, let’s just say that when the main character was poisoned by his own sword trainer, literally stabbed in the back by a best friend-turned-enemy, or discovered that his girlfriend was his step-sister, I cried my eyes out. Not only was I emotionally involved, I was also very much physically involved. Everyday after school, my brother and I would practice all kinds of sword techniques very rigorously as if we were in Shaolin training camp. It was sheer miracle that all those years, neither one of us accidentally put the other’s eyeballs out with our homemade bamboo swords. (If you ever imagine young Leela in a pink frou-frou dress hosting a tea party for her stuffed animals, please erase those false images from your mind posthaste.) 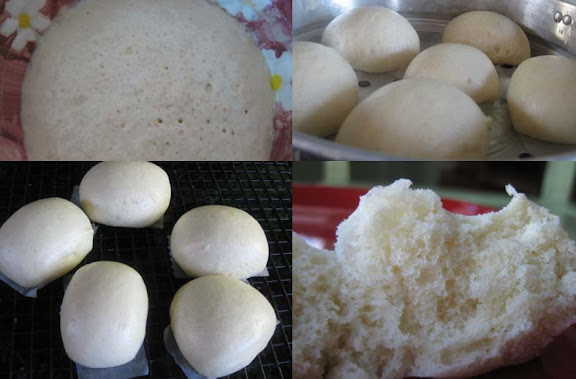 It has been several years and I have, thankfully, outgrown my fondness for period Chinese TV shows. In fact, if you were to ask me to name a few favorite shows or characters, I would have to think really hard. One thing I remember vividly, though, is what those ancient sword masters snack on.

Let me set the scene. It’s a sunny day in the jungle. Cheery Chinese music (in major key, of course) is played in the background. Our handsome traveling sword hero arrives at an inn-cum-teahouse. A witless-looking waiter dutifully approaches the table to take the order. Unaware of an archvillain incognito sitting at the next table, our sword master nonchalantly answers, “mantou and tea.”

This is what annoys the heck out of me — their choice of food. Their sole choice of food. Honest to Confucius, they never order anything else. I’m not making this up. Ask any Hong Kong movie fans. Everybody who stops at an inn always orders mantou and tea. Ten times out of ten, that is the case. Good luck hoping that one of these days someone would break the food monotony and order Peking duck or wonton soup. It never happens. I don’t know why the dumb waiters even bother taking orders. Even us viewers know before the question is uttered what the answer is going to be. So whenever one of these swordmen walk in, just bring out the blessed buns and get on with the storyline already.

This is preposterous. You see, I can deal with all the other unrealistic elements of period Chinese movies. Okay, so these guys can climb walls or jump up 30 feet off the ground. Some can fly or travel underground like a mole. I don’t nitpick these people on how they manage to keep the hair perfectly-styled and the makeup completely smudge-free after the most physically-grueling sword fight or years of hiking up and down the mountains. I’m even okay with the fact that even though these people practically live in the jungle, they manage to show up in immaculately clean and apparently professionally-pressed clothes always.

What makes me snort and chuckle is how they can single-handedly slay an army of swordmen and five dragons while subsisting on nothing else but plain steamed buns and tea.

Then incredulity leads to curiosity. Inexplicably, I find myself asking some odd questions. Could there be something magical about mantow? Could this be considered snack food for ancient sword heroes just as Wheaties is, supposedly, the breakfast of modern-day champions? (This means if ancient Chinese steamed buns were packaged the same way modern cereals are packaged, the faces of the sword heroes would grace the front of mantou boxes.) I quickly set out to find a mantou recipe. 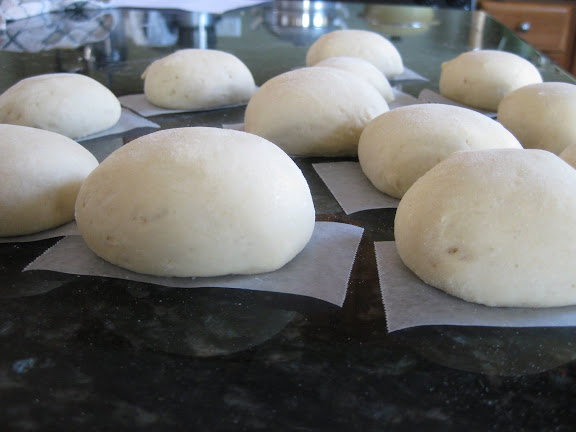 Over the last few years, one recipe after another has failed. Finally, thanks to my friend LT whose mom has been making mantow for so long that she can make them with her eyes closed, this great recipe landed on my kitchen counter.

This recipe is for plain steamed buns to be eaten as a side. If desired, it can also be filled with your choice of filling, savory or sweet.

Additional Note (added 3-3-09): As I have noted in the recipe, lower-protein flour works better. I made another batch of this recipe again this afternoon using half all-purpose flour and half cake flour just to see how it would turn out. I actually like the combination of two flours better! Experiment to see what works best for you. Please see some tips and clarifications for this recipe here.