By Leela on March 17, 2009 in She Deglutenizes, She Rants and Muses, She Stocks a Thai Pantry, She Thais, She Veges 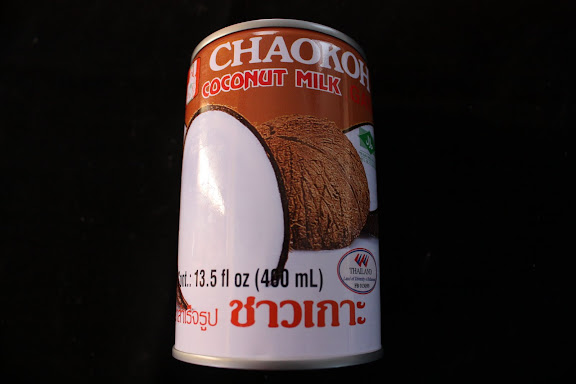 Unfortunately, over the years, Chaokoh is no longer a clear winner to me.

Its quality has fluctuated over the years,

making this brand less reliable than it used to be.

I will write another post on ready-made coconut milk in the near future.

And when I do, I will post a link to the new article here.

In the meantime, please consider the information in this post obsolete.

Chaokoh has been in business for a long, long time and they definitely have secured a prominent place in the so-called evoked set among coconut milk consumers in Thailand. Fortunately for me, the brand is widely available in the US in most Asian grocery stores. It’s the one brand I use almost exclusively. All recipes on my blog that call for coconut milk have been tested with Chaokoh coconut milk alone. It’s a favorite brand among Thais — just as San Marzano tomato products are a favorite among Italians. And there’s a reason for that. 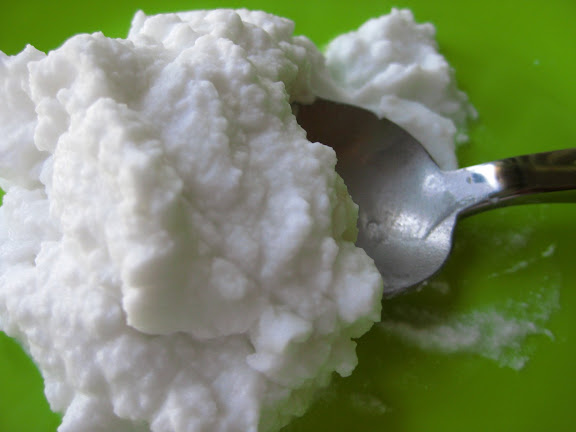 The coconut “head” that rises to the top of the can.
The standard procedure for most Thai curries requires that you sauté the curry paste in the coconut cream before adding other ingredients. This is to allow the herbs and spices in the curry paste to do their thing as well as create a nice thick curry base on which your curry is built. Coconut cream, therefore, is very important. A good Thai curry cannot be made out of watery, insipid coconut milk; it shouldn’t be made out of canned coconut milk with “slimy” consistency due to guar gum either.

By the way, the “coconut cream” in this case should not be confused with the Coco Lopez kind of coconut cream which is a different thing. It, however, refers to the first extraction of coconut milk derived from fresh grated mature coconut meat which the Thais refer to as the “head” of the coconut milk (หัวกะทิ). Coconut milk derived from subsequent extractions, the “tail,” (หางกะทิ) is thinner and, though by no means useless, is less prized than the “head.” In the context of canned coconut milk, coconut cream refers to the thick, creamy part that rises to the top of the can. 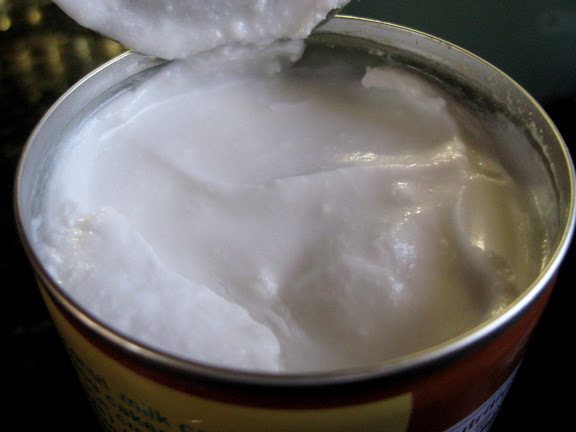 What makes Chaokoh a superior brand is the very fact that their coconut milk contains a very high amount of coconut cream. It is much thicker and creamier than several other brands, both domestic and imported, which I have tried. Curries made with Chaokoh coconut milk tend to have better consistency and flavor.

At $.79-$1.20 per one 13.5-ounce can, Chaokoh is priced only slightly higher than other imported brands. But you definitely get what you pay for. At that price range, it’s still a lot less expensive than most domestic brands. 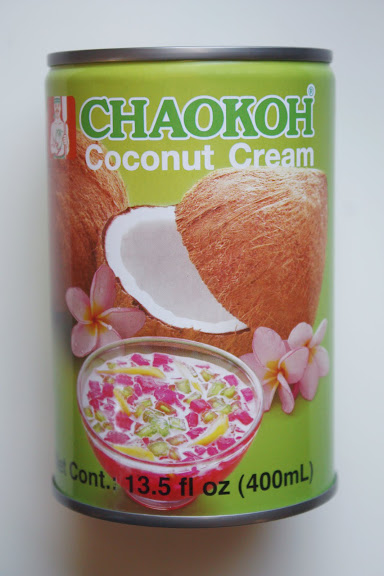 With added stabilizer, this new Chaokoh coconut cream does not separate.
Added November 1, 2010: I have recently spotted this new addition to Chaokoh canned coconut milk line: Chaokoh Coconut Cream. It’s a tad sweeter than the regular coconut milk, but not necessarily thicker regardless of what the designation “cream” may suggest. I’m not exactly sure what applications this coconut cream is for, but from the image on the can, I think it’s meant to be used as a dessert topping (for sticky rice and mango, tubtim grob, etc.), blended drinks or cocktails — kind of like Coco Lopez, albeit less sweet. 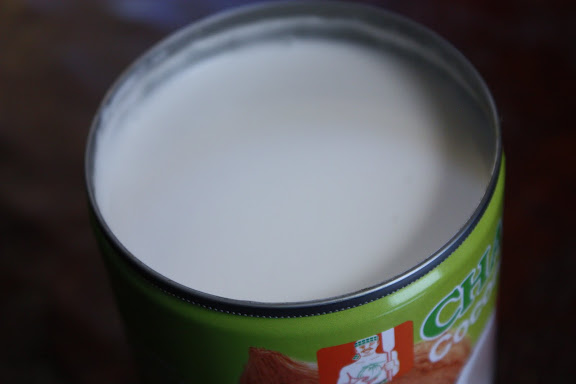 I have found their coconut cream to be an unsuitable choice for curry due to its homogeneity (we need the fat separation, remember?). However, as a dessert topping or in drinks, it’s quite handy. This is also perfect for western-style cream soup in which the smooth, homogeneous consistency is considered desirable.

Also, Chaokoh regular coconut milk in certain applications, e.g. panna cotta and various agar desserts, has often caused an unsightly separation of the “cream” and “whey.” So far, that problem had been solved by an addition of dairy, such as whole milk or heavy cream, or starch. This homogenized, stabilized coconut cream has eliminated that need and allowed those who want the unadulterated coconut flavor (or strict vegans) to have what they want.

How to Choose the Right Mango for Thai Mango and Coconut Sticky Rice
What Kind of Rice Is Thai Sticky Rice?

50 Responses to My Favorite Brand of Coconut Milk: Chaokoh กะทิชาวเกาะ