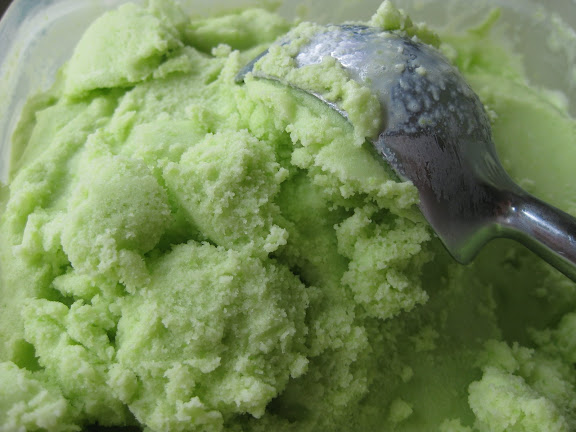 When a culinary experiment goes well, a food blogger gleefully does a victory dance in the kitchen and a genesis story of his/her new success gets blogged about — as to be expected. In the case of a kitchen experiment gone awry, a food blogger still retells the story albeit with less enthusiasm. But when a failure is not just an ordinary failure but one of epic proportions, a food blogger finds solace in a classic poem.

Emily Dickinson’s “After Great Pain a Formal Feeling Comes” describes how the mind preserves itself following tremendous anguish by going into stupor and stays there until it finally lets go of the pain.

After great pain, a formal feeling comes
The Nerves sit ceremonious, like Tombs
The stiff Heart questions was it He, that bore,
And Yesterday, or Centuries before?
The Feet, mechanical, go round
Of Ground, or Air, or Ought
A Wooden way
Regardless grown,
A Quartz contentment, like a stone
This is the Hour of Lead
Remembered, if outlived,
As Freezing persons, recollect the Snow
First — Chill — then
Stupor then the letting go

First chill: It happened on a lazy afternoon. Still excited about having made some really good gelato, I decided to do another ice cream experiment. I caught a glimpse of a bag of frozen green peas nestled between a bag of pomegranate seeds and a bag of hazelnuts and remembered the petits pois ice cream I once had in France. Overestimating my ability to think rationally, I decided to pop the frozen peas, along with some homegrown hydroponic mint, into my Vitamix. The fine pea purée was mixed into the plain gelato base, then churned and frozen.

Then stupor: After a quick siesta, I decided to check on the gelato. A plume of sulfurous smell billowed out as I opened the container. In an attempt to convince myself that the taste was usually better than the smell, I took a bite. The sun went out and a heavy silence befell the entire house. I found myself standing there, deaf and dumb, with a spoon stuck in my mouth. The concept of this ice cream may be French-inspired, but its taste comes straight from Hades.

Then the letting go: What else could I have done? Into the trash can it went.