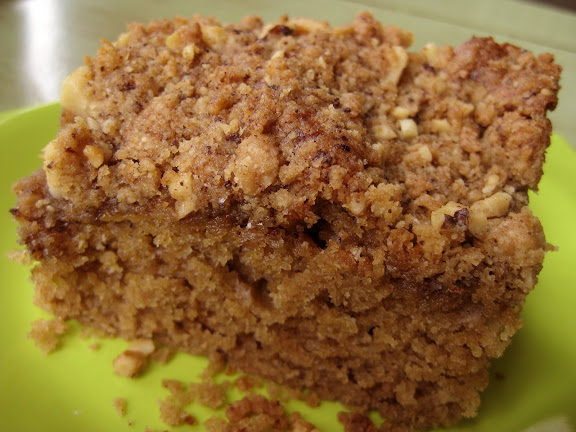 Though I’m quite sure all five of my regular readers know that I am not originally from the United States, based on a recent incident, I have good reasons to believe that some visitors don’t check out my profile and, consequently, miss out on the information that should have clued them in on why I sometimes mess up the tenses or fail to assign the proper pluralized form to a plural noun. If the fact that me speak English not so good hasn’t been obvious to you already, stick around for a while and it will be.

How clueless am I? More than you think. After years of living in the US, I still make stupid mistakes. For example, everyone knows “taut” rhymes with “caught” not “sauerkraut.” I didn’t, until last week. And that state, Connecticut? I just learned last year that the second C was there for decorative purposes and not to be pronounced. My tendency to mess up the prepositions (or drop them altogether) doesn’t help either as sometimes the absence of the proper preposition in a phrasal verb construction can entirely change the meaning of the verb, e.g. Do I tinkle the recipe? Tinkle with? I know I tweak recipes, but do I tinkle in the kitchen? I’m a tinkler? A tinkler wither? (Why not? There’s such a thing as a fixer-upper. Even Bounty is a quicker picker-upper.) Wait, is it ‘tinker’ or ‘tinkle’? Never mind.

You can imagine how many more mistakes I made when I first came here even though I was somewhat familiar with the American culture and semi-fluent in English at that time. To make matters more complicated, I was taught to speak English the British way.

Even though Thailand has enjoyed warm diplomatic ties with the United States for 175 years, we had first been greatly influenced by the British and there are still traces of that everywhere even though we’ve never been a colony. For a long time, regardless of how limited my English was, my accent and terminology were decidedly British. It’s a full stop, not a period. It’s a torch, not a flashlight. You study accountancy, not accounting. Dropping the “u” from colour or flavour? That is not an honourable behaviour.

Imagine me as a foreign student, fresh off the plane, in an American university. You should have seen my classmates’ faces when I, realizing I didn’t have an eraser on me, asked out loud during an exam if any of them had a rubber I could borrow.

And then there was that time during the first few weeks in the States when I went to a public library hoping to check out my favorite foreign film of all time, Babette’s Feast and some other movie DVDs. I somehow got lost in a labyrinth of the youth section and discovered in the process that all of the movies on the shelves featured either talking puppets or a singing purple dinosaur. Movies for people over the age of five were nowhere to be found.

Set on finding non-juvenile movies, I approached the information desk and politely asked the bespectacled older lady clerk where I could find adult movies. Instead of directions, I was given a series of nervous blinks and a request to repeat what I’d said. “Could you please tell me where they keep the adult movies?” I said, enunciating every word. “We, uh, don’t have any of those, miss,” said the lady. “How come?” I cocked my head to one side and squinted. “Well, we just, uh, don’t,” she looked very uncomfortable — almost frightened, actually. So I told her about another public library in the same city that had a huge collection, but she refused to believe me. I finally thanked the clerk, but her staring me up and down compelled me to make a politely-worded pre-departure comment.

And the comment was that I thought every public library should have adult movies as tax-paying grown-ups need their equivalents of Teletubbies. Pointing to the kids nearby, I told the clerk that soon these children would outgrow Barney and Bob the Builder and be disappointed to find out their public library did not have adult movies to accommodate their educational needs beyond the juvenile years.

I had no idea what those stunned-looking women and their children standing within earshot thought of me as I made the speech. But I left the library feeling the kind of pride that could only come from having put up a good fight for a worthy cause. 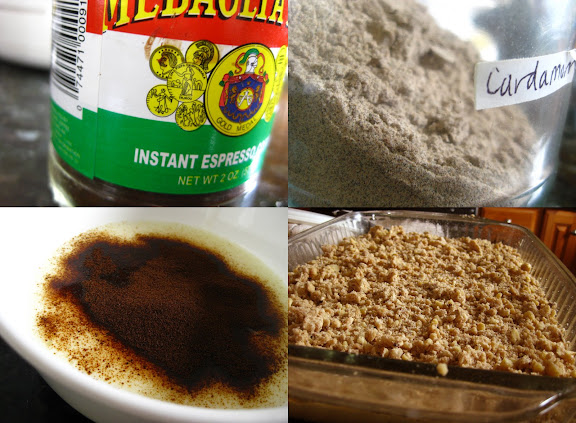 But that wasn’t the first time I had that kind of self-righteous incredulity. That same year, I went to a diner in a small town in Texas and ordered a piece of coffee cake. One of my aunts used to make coffee-flavored pound cake that was out of this world and I was hoping to get something similar at that diner. Imagine how miffed I was when I found out there was no trace of coffee in my coffee cake.

Coffee Cake: Preheat the oven to 350 degrees F and grease a 9×13 pan. In a mixing bowl, dissolve 1 1/2 tablespoons of instant espresso powder in 1 1/2 cup kefir or buttermilk. Whisk in 2 large eggs, 1 1/4 cups sugar, 1/3 cup vegetable oil, 2 teaspoons vanilla, and 1/2 teaspoon salt. Add 3 cups all-purpose flour, 1 teaspoon baking powder, and 1 teaspoon baking soda; mix until homogenous. Pour the batter into prepared pan and sprinkle the streusel on top. Bake for 45-50 minutes or until a toothpick inserted in the center comes out clean. Cool completely before serving.

27 Responses to Cardamom Walnut Espresso Coffee Cake: Me No Speak English So Good