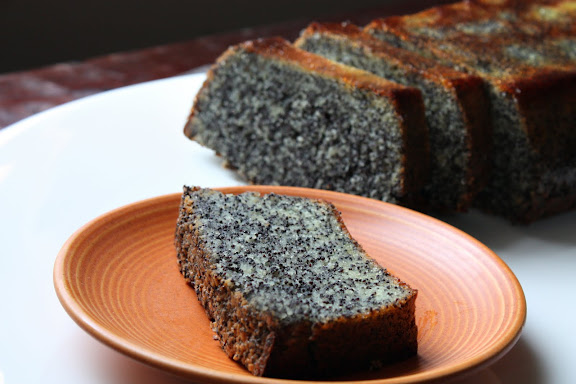 Poppy seeds weren’t available in Thailand when I was growing up and they’re still not widely available there these days. So as a kid, all I knew of poppy seeds was through English books in our library. In my juvenile innocence, I even wrote in my diary that one day I would go to a place where poppy seeds were available and eat them to my heart’s content. I don’t know how I managed to fall in love with something long before I even had the first taste of it. Very odd, indeed.

Luckily, when I came to the US and tasted poppy seeds for the first time, it was not a disappointment. I loved them. Sadly, the vehicles for poppy seeds are so limited in number. Other than lemon poppy seed cakes or muffins, there aren’t many things that contain poppy seeds. Have you seen a typical lemon poppy seed muffin? The poor poppy seeds are treated like a garnish; there are, on the average, 12 seeds per cubic inch (yes, I counted). That’s just enough seeds to stick between your teeth; not enough to allow you to actually taste them. They’re so sparse like the periods on a diary page of someone who likes to write in run-on sentences.

When I saw the pictures of this poppy seed cake by Lilo of Cuisine Campagne, I got very excited. A cake that is chock full of poppy seeds! You bite into it and you actually taste poppy seeds. There are enough poppy seeds in each bite that the seeds don’t merely swish around a few times in your mouth and then go down your esophagus whole. No, there are so many of them that some, if not most, are bound to get ground up by your molars, releasing the wonderful, unique flavor that is rarely savored. Poppy seeds don’t look like an afterthought in this recipe which unapologetically calls for over a cup of them.

I made the cake the same day I found the recipe. And I have been crazy in love with this cake ever since. It is moist and flavorful. The texture is great. It’s not too light and fluffy. It’s not too dense. It’s very easy to make. It doesn’t need to be frosted. And it’s gluten-free. 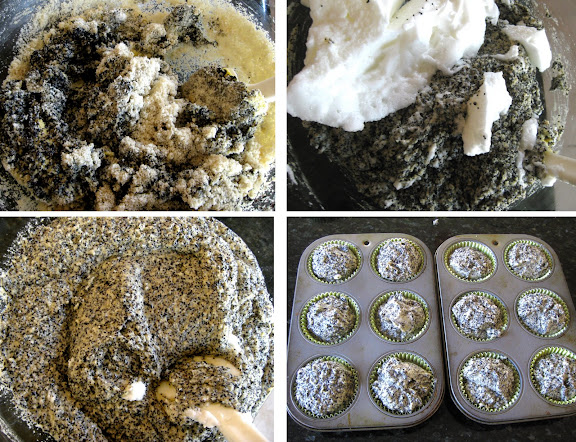 The first few times I made this cake, I uncharacteristically followed the recipe very closely. But now that I’ve made it so many times that I remember the recipe by heart, I have lately been messing around with it. For this batch, I was a few grams short of poppy seeds, so I added in some black sesame seeds to replicate a sesame cake which my aunt used to make for us. It worked beautifully in an east-meets-west kind of way. I’ve also experimented with baking the batter in muffin cups and that also went well. This produces moist muffins with flat and crunchy tops — just the way I like them.

Lilo’s original cake is baked in a loaf pan which is something you can do if you so choose. I doubled the recipe for this batch. I baked half the batter in 12 muffin cups and the other half in a 9×5 loaf pan (that is either liberally buttered or lined with parchment paper).

I have tweaked the original recipe a little, just to simplify it. Some ingredients, such as a packet of vanilla sugar, are left out. The results of the tweak have consistently been more than satisfactory; they’re utterly delicious. 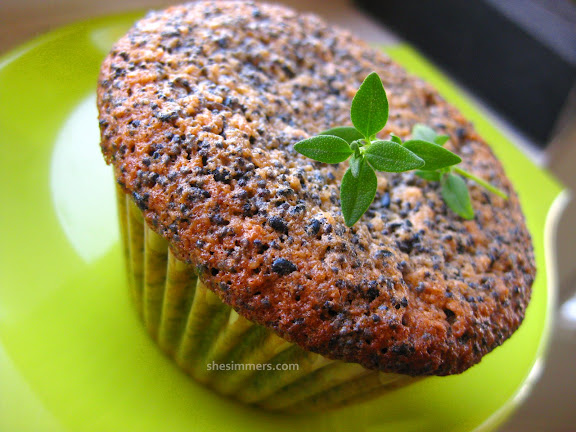