By Leela on November 22, 2009 in She Deglutenizes, She Drizzles and Smears, She Rants and Muses, She Thais, She Veges 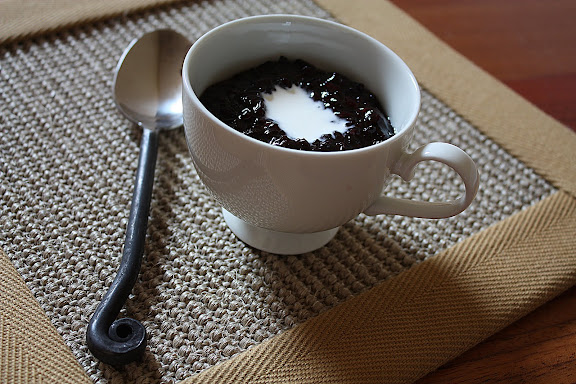 The story of Turandot has been on my mind so much these past few days that the thought of it has unfortunately interfered with my daily activities including cooking. I annoy myself to death sometimes. There seems to be something about Puccini that makes me susceptible to developing split personalities. Take, for instance, La Bohème. While the romantic and sappy part of me never fails to tear and choke up during Act 3 when Rudolfo confesses to Marcello the real reason why he has acted unkindly to Mimi, the cynic in me rolls her eyes and groans audibly every time she hears the cutesy Sì, mi chiamano Mimì. Last week, three hours of Turandot brought out the two personalities again.

Princess Turandot is often referred to as one of the most-hated opera characters, and that is for a very good reason. Seriously, what kind of witch comes up with a dumb rule that says she’s only going to marry only a suitor who can solve her three dumb riddles and that any who attempts and fails will part way with his head? Good thing the princess has the kind of beauty that makes even dead suitors cry out for her from the grave (dang …) as that seems to be the only asset the crazy broad has got going for her. She abhors all men because of one heinous crime committed by one man on one ancestress of hers. What is that about? I mean, a few years back I must have drunk half a bottle of Pepto-Bismol and spent one whole night bowing down to the porcelain god, whimpering in pain because of one bad char siu bao. But if anyone thinks I’ve sworn off all steamed Chinese filled buns, they’re seriously mistaken. 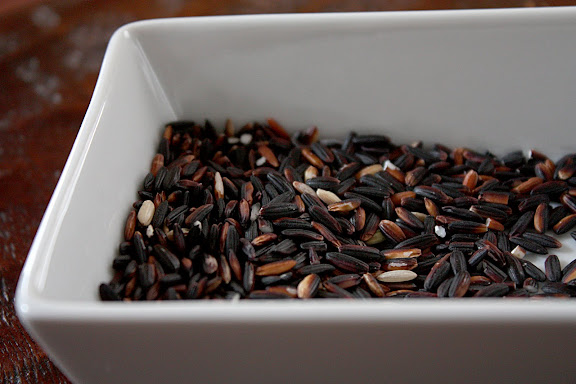 But while the cynic in me looks upon the Chinese princess with derision, the incurable romantic is able to see the redemptive quality she has demonstrated. You see, if you look a bit more closely, it’s not hatred that has caused Turandot to not only build impenetrable walls around her heart but also seek to exercise her royal power by stipulating death for any man who tries to conquer her; it’s fear.

Thankfully, the princess has redeemed herself in the end when she chooses love. And good for her. While it seems like she has surrendered to Calàf, ultimately it is love that has conquered her and the prince is merely the vehicle of it. Just as the cruelty of one man against one woman has driven her into a perpetual mode of fear and unprovoked self-defense, one woman’s brave display of her Tennysonian philosophy[1] for the sake of one man has melted the icy walls around her heart. As much as Calàf wants to think that it is his kiss that does the trick, Liù’s silly yet courageous deed, I think, plays a much bigger role in Turandot’s transformation.

Speaking of Liù, who in their right mind falls in love with a guy and stays in that unconfessed, unrequited love all the way to their senseless death just because, “One day, in the palace, you smiled at me”? (Groan …) To quote John McEnroe, you cannot be serious. But what the cynical Leela fails/refuses to see the romantic Leela recognizes: when one sees oneself as unworthy, a smile — not only a form of recognition of one’s existence but also a sign of approval — from someone whom one deems worthy can drastically rock one’s world. When asked to identify herself, Liù answers, “Nulla sono.” Perceiving herself as “nothing,” the slave girl has spent her life quietly loving Calàf and faithfully serving King Timur in exile, and if she didn’t end up dying, she would have spent so many more years continuing to do both without getting anything back. Silly? Perhaps. Noble? I guess. Brave? You bet. 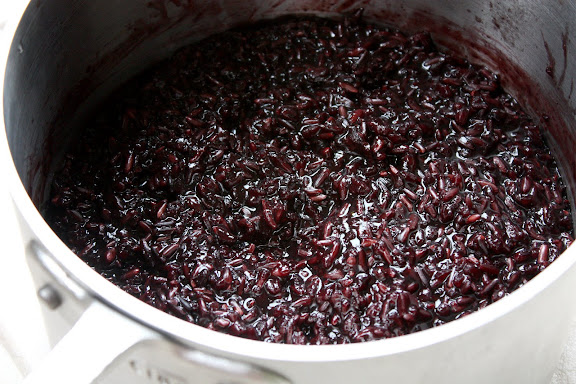 The only character at whom both the cynical and the romantic parts of me shake their heads in mild exasperation is Calàf. Boy, does that douc-, uh, dude have issues. Just one glimpse of a rich, hot chick has him fall madly in lust. The reason? “Her perfume is in the air; it’s in my spirit.” (Banging head on the wall.) The joy of being reunited with his father, minutes before, is quickly replaced by the desire to win Turandot and her love. Does he care whether his ailing father has enough social security benefits to cover his living expense in the event he cannot solve the riddles and die? No. Does he feel a smidgen of guilt for leaving the responsibility of taking care of his father to poor Liù? No.[2]

Mr. recklessness and selfishness personified just stands there, a safe distance from sanity and prudence, singing his lungs out about how nobody is supposed to sleep and stuff. Why put other people’s lives in danger? Dude, you’ve solved the riddles; you’ve won the girl. Now quit singing, shut the heck up, and take her home. You both can duke it out over your issues later. That way nobody has to die. It’s mostly about lust and the desire to win at any costs not only the body of the object of lust but also the affection. Calàf is, in fact, more annoying than Turandot herself.

But is he entirely without any redemptive quality? Well, at least the prince is fair enough to give the royally ticked-off Turandot an “out” in the contract. Besides, let’s face it, if Calàf didn’t do so, we all wouldn’t have had a chance to enjoy one of the most beautiful songs ever written. Nessun Dorma can move to tears even those who don’t know one Italian word, those who aren’t into opera, and those who can’t put the song in the context of the story.

Heh. Maybe I’m reading too much into this. It’s just an opera, after all.

You can enjoy Turandot simply for what it is or you can make it complicated. You can look at Thai black or purple rice pudding with trepidation as something that’s so strange and difficult to figure out, or you can see it for what it is – nothing other than rice that has been cooked until it becomes a thick, sticky goo then seasoned to taste. Once you come to see it in that way, rice pudding, Thai or otherwise, isn’t really all that intimidating or mysterious. In other words, just make rice and make sure it’s extra wet. Then season to taste. Yet, this dessert ranks among the top five of the Thai recipes requested by my readers.

There is no recipe. Really. All you have to do is boil 1 part rice with 5 parts water for 30 minutes. Then you turn off the heat and let the rice swell and fully absorb all the liquid in the covered pot for about 30-60 minutes depending on the size of the batch. During that process, the tough and chewy outer layers of the unpolished rice kernels will be broken down, allowing the starch to be released. The end result is a gooey body of rice that is very soft, yet so thick you can stand a wooden spoon in it.

Now, the cooking time (30 minutes) applies to new crop rice which is what you get from the store most of the time. The longer the rice has sat in your pantry, the less moisture it has and the longer it will take to cook the same amount of rice. The only fool-proof way is to start out with 30 minutes, let the rice swell off the heat for 30-60 minutes, and cook it some more if the kernels are still hard.

Then you sweeten it with sugar. How much sugar? Keep adding until it’s sweet enough for you. The sugar will also provide additional moisture to the rice and thin out the thick goo somewhat. Once all that is done, you spoon the finished rice pudding into a serving cup or bowl, and top it with a dollop of lightly-salted coconut cream. That’s pretty much it. This dessert is so ridiculously easy to make that I’m almost embarrassed to blog about it. 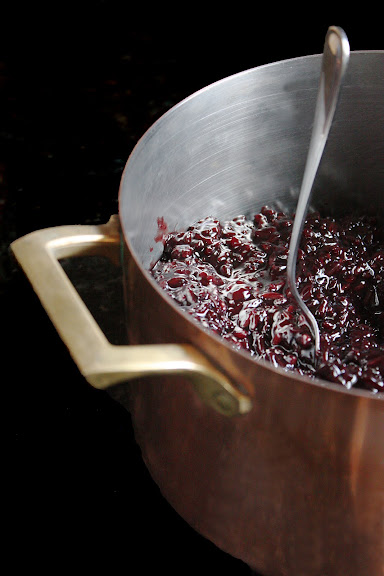 But if you have a knack for complicating things like I do, here is a list of things that you may want to keep in mind:

* Start off by making sure you are using the right kind of rice. Sometimes, people confuse the black/purple sticky rice used in Southeast Asian cuisine with the short-grain black pearl rice (forbidden rice) mostly used in East Asia. They are two different kinds of rice. The picture below should help guide you in finding the right kind of rice at your local Asian grocery store. You can also print out this: ข้าวเหนียวดำ and hand it to the people at the store if they speak Thai. 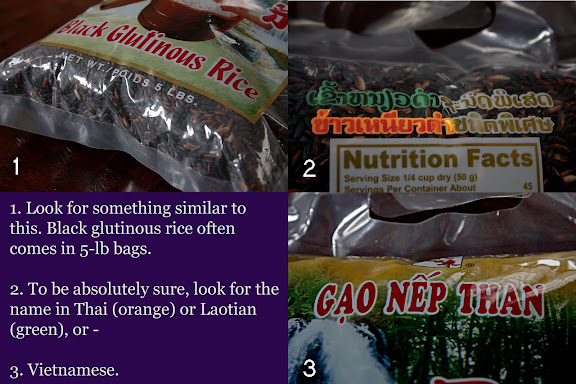 * Do not season the rice until it has fully absorbed the water and become soft and gooey. Adding sugar prematurely causes the kernels to “seize” and refuse to burst open. Your rice pudding will be a watery, runny mess of rice that is too al dente to be considered good rice pudding. Hold off on all flavoring agents until all of the kernels have been softened and broken down.

* Add sugar to the softened rice while it’s still warm so that the sugar will be completely dissolved.