By Leela on January 31, 2010 in She Deglutenizes, She Stocks a Thai Pantry, She Thais 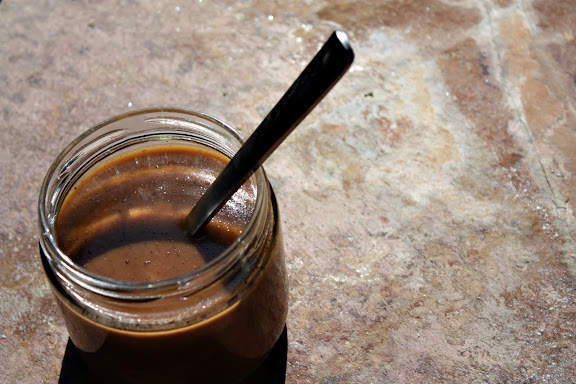 Our subject today is the major soy sauces (ซีอิ๊ว) used in Thai cooking. This is by no means an exhaustive list. Only what I consider to be the major players are included.

Let’s start with the ubiquitous table sauce, Maggi, a sauce generally described as being made from vegetable protein to resemble soy sauce without actually containing soy. [Maggi is by no means the only brand used in Thailand, but it has become a generic name for all brands of table soy sauces, much like Kleenex. It’s not uncommon for some people to point to a bottle of obviously non-Maggi brand of table sauce and say, “Could you pass me some Maggi?”]

However, due to the way in which it is used among the Thais, I think it’s appropriate to put this very concentrated sauce in the soy sauce category. 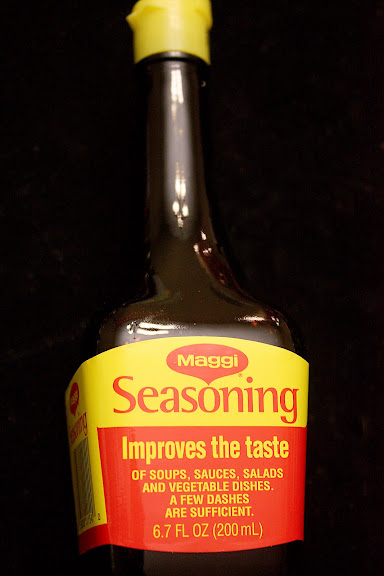 This is the table sauce of choice for most Southeast Asian kids and adults alike. In general, Maggi is not used as a cooking sauce; its job is to accent or embellish a finished dish rather than act as a cooking ingredient. In other words, Maggi functions in a similar manner to Tabasco sauce, A-1 sauce, or—in some way—table salt and pepper. A few drops of Maggi over a bowl of pork congee, or rice and hard-boiled eggs or Thai-style omelet (ไข่เจียว) made my childhood a truly happy one.

Another major soy sauce is sweet dark soy sauce (ซีอิ๊วหวาน). This is very similar to the sweet soy sauce in the Indonesian kecap family — the essential ingredient in the much-loved Pad See Ew (phat si-io, ผัดซีอิ๊ว), fried flat rice noodles with sweet dark soy sauce. It is also heavily used in Chinese-influenced red-cooked or braised dishes that are found in the Thai repertoire. Nothing can replace or mimic its salty-yet-sweet, caramel-y-yet-smoky flavor. It’s one of my favorite soy sauces in the whole world.

Notably, sweet dark soy sauce is also often served as a table sauce alongside the spicy ginger-chilli-garlic-soy sauce which accompanies Khao Man Gai (khao man kai, ข้าวมันไก่) for those who prefer a less spicy sauce. Both sauces are almost always offered at a Khao Man Gai joint for this reason. 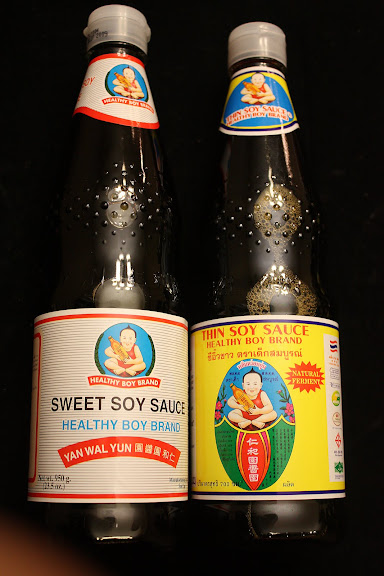 When I was a little kid, Dad and I would go on dates once or twice a month. One of our favorite date spots was a neighborhood Khao Man Gai eatery that served what I remember to be the most delicious version of this chicken and rice dish I’ve ever had. (Or it simply could be that anything eaten in Dad’s loving presence tasted good.) Knowing I was too young to handle the spicy Khao Man Gai sauce, Dad would drizzle some sweet dark soy sauce over my rice. And oh, how I adored it.

The taste of sweet dark soy sauce is seared into my memory and will always be mentally associated with how wonderful life was when Dad was alive and how blessed I am to have a truly magnificent man as my father.

[You fathers out there, please go on dates with your daughters. I’m willing to bet that years from now they will write blogs or books about how everything eaten in your presence tastes wonderful. Yes, even soy sauce.]

Another major player on the soy sauce scene is light or thin soy sauce (ซีอิ๊วขาว). “Light” in this context doesn’t not refer to its lower sodium content (as in 50% less sodium “light” Kikkoman that comes with a green cap); it refers to its lighter, thinner consistency and gentler, less in-your-face taste.

Its Thai moniker, ซีอิ๊วขาว, can be misleading as it literally means, ‘white soy sauce.’ Well, there’s nothing white about it. I guess it’s a convenient way of differentiating this thinner, lighter soy sauce from its more concentrated, thicker, darker counterparts.

This type of soy sauce is less salty than the dark soy sauce and—unless my taste buds play tricks on me—sweeter. The consistency and taste of “white” soy sauce are very close to those of fish sauce, although the two are never interchangeable, in my opinion. Some have asked me whether it’s a good idea to use “white soy sauce” instead of fish sauce to make vegan or vegetarian Thai curries, and my answer is, no, use salt. But this is just a personal opinion and by no means a dogma. I happen to think traditional Thai curries that are seasoned with soy sauce (of any kind) are disgusting. 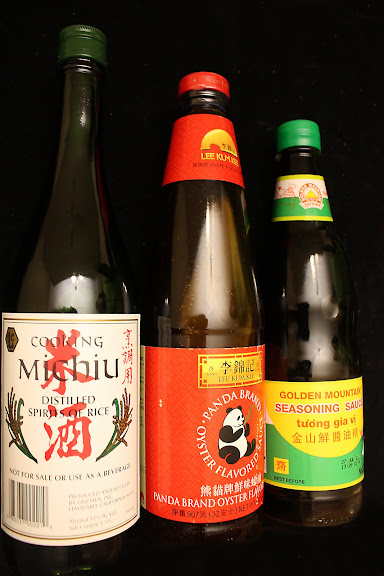 We’re moving on to the penultimate item: dark soy sauce (ซีอิ๊วดำ—literally “black soy sauce”). Golden Mountain and Healthy Boy are what I use in my cooking and recipe testing. (They’re also two most prominent brands among the imported Thai soy sauces in the US, from what I’ve seen.) At a risk of stating the obvious, dark soy sauce is darker than light soy sauce. (Isn’t this enlightening?)

One last note on soy sauces used in modern Thai cooking: I don’t ever use Japanese-style or Korean-style soy sauces or soy sauces brewed according to the Japanese tradition (Kikkoman) in Thai cooking unless in extreme cases. The flavors of such sauces lend themselves to the East Asian cuisines for which they are designed, and I find them to be out of place in Thai cooking. The same holds true in reverse. Serve Golden Mountain or Healthy Boy soy sauces with sushi to those who know better and watch sake flasks fly in your general direction.

Lastly, oyster sauce (น้ำมันหอย or ซ้อสหอยนางรม – literally “oyster oil” and “oyster sauce” respectively). Again, this is not exactly soy sauce, but I have placed it in this category due to the manner in which it’s used in Thai cooking. I think of it as umami-filled soy sauce with built-in starch. For vegetarians, look for Chinese brands of “oyster” sauce that is made from mushrooms.

Some facts about oyster sauce: