By Leela on March 16, 2010 in She Deglutenizes, She Drizzles and Smears, She Simmers, She Stocks a Thai Pantry, She Thais, She Veges 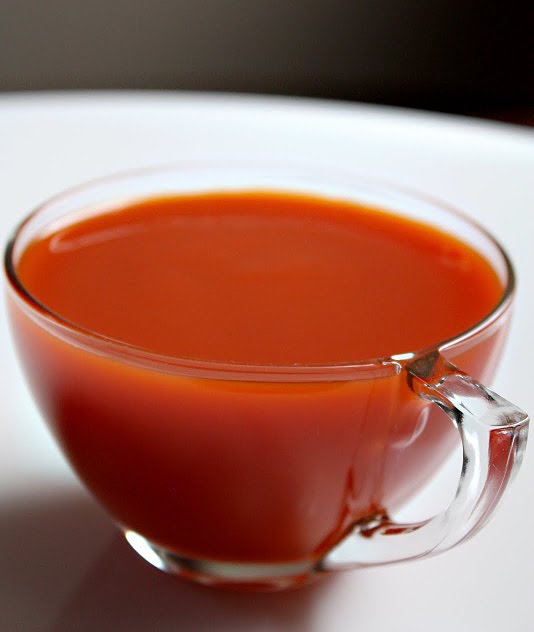 In continuing our Stock Your Thai Pantry series, one item that must be mentioned is Sriracha sauce (ซ้อสศรีราชา) — the all-purpose hot sauce that, according to the most prominent yet unsubstantiated theory, originated from a city after which it was named. I can’t think of any hot sauce that is more widely used and versatile when it comes to the modern Thai cuisine. Even though Sriracha has become a generic name for similar hot sauces made both domestically and outside of Thailand, the Thai palates don’t have a hard time recognizing the authentic spicy, sweet, tangy, garlicky sauce that we grew up with.

Folks seem a bit touchy when the subject of Sriracha (what’s authentic and what’s not, whether the name should be used to call non-Thai products, etc.) is brought up. So I will try my best to write this post in the most just-the-fact-ma’am way as I possibly can.

It has been suggested that Sriracha sauce is a sauce made according to a tradition begun in and around the city of Si Racha(อำเภอศรีราชา), a Thai eastern province of Chonburi(จังหวัดชลบุรี) — hence the name. But this has yet to be substantiated. Regardless, what we do know is that it is a sauce that originated from and has been heavily used in Thailand.

The sauce is traditionally made of fresh larger red peppers or พริกชี้ฟ้า (never dried peppers and usually not small bird’s eye ones or พริกขี้หนู), vinegar (white only — never rice or cider vinegar), garlic, sugar, and salt. It should also be noted that Sriracha sauce never contains tomatoes.1 Additionally, Sriracha always has smooth texture; it’s never chunky. When you look at it, you should not see pepper seeds or chunks of pepper skin. The sauce, as we know it in Thailand, does not have the texture of sambal — a sauce which, though delicious, should not be confused with Sriracha.

Thai Sriracha, according to my observation, is runnier and sweeter than the US-made Sriracha. The flavor lends itself very well to Thai dishes, especially those that can sometimes be a bit on the greasy side. (The heat and the tang help restore the balance.) I drizzle it on Thai omelet, turn it into a dipping sauce or a dipping sauce base, make a stir-fry sauce or marinade out of it, and use it as a barbecue sauce.

There are many other ways to use Thai Sriracha which I will mention here in future posts. 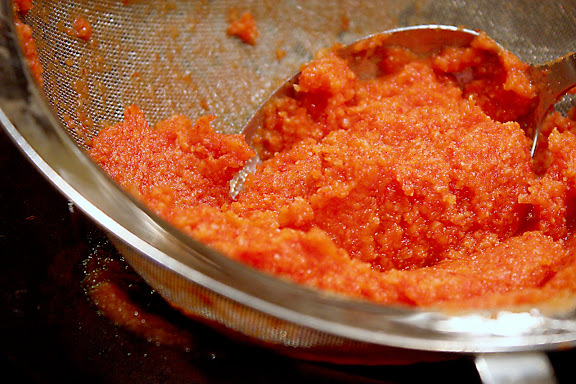 Strain, but don’t overdo it; let some of the fine pulp go through the mesh to give the sauce body.
As an aside, to clear up the issue once and for all,the correct pronunciation of Sriracha, as recognized by literate native speakers of the Thai language, is see-rah-chah.2 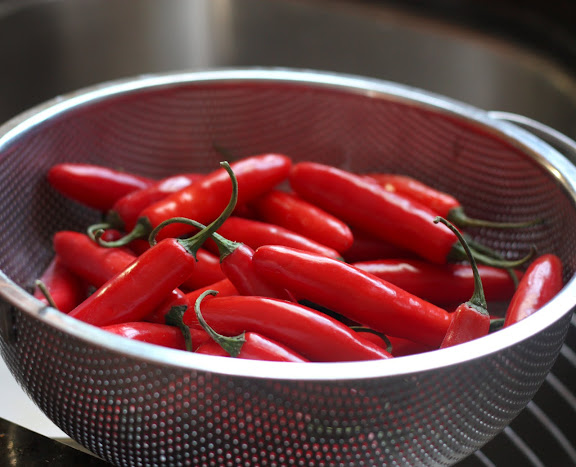 1 Sriracha must not be confused with spicy tomato ketchup which is also commercially available in Thailand, though not nearly as popular or delicious, in my opinion.
2 Ignore the first R; it’s merely an unvocalized remnant of the original Sanskrit. All three syllables are open (CV) with clear breaks between them and must be pronounced in such a way that indicates these breaks (in other words, not SIR-otch-ah).
3 As opposed to impersonally? (Eyeroll)

Sweet Potato Fritters with Thai Sweet Chilli Sauce
Thai Mortar and Pestle: How to Choose and Use Them