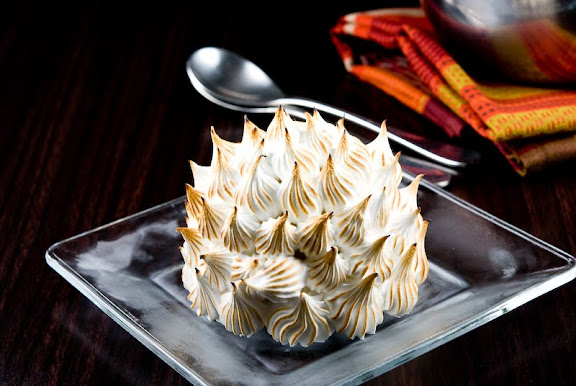 In case you haven’t noticed, this is how things work around here. I come up with a crazy idea. What I do next is look to all the smart, talented people I know to take that idea and make something extraordinary out of it. Then, undeservedly, I get to witness the borderline deranged idea executed in a most brilliant manner. Time and time again, it has happened.

Recently, I started a new series wherein my blogger friends guest-post various creations that capture the essence of the three Tom Yam herbs: lemongrass, galangal, and kaffir lime. And, already, what I’ve seen so far has exceeded my expectation. Last month, we got a Thai pastry chef, Thip of Bonbini!, kicking off the series with Tom Yam-Flavored French Macarons. This month, we have a French chef giving birth to Omelette Thaïlandaise by infusing his version of omelette à la norvégienne, better known in the US as Baked Alaska, with the Tom Yam herbs.

I’d like to introduce to you my next guest blogger in the series — the very funny, very talented, and très French gentleman who is responsible for all the great stuff that can be found on Zen Can Cook, one of the blogs I adore. Everybody, meet Zen Chef.

I’ll try not to make a mess during my short stay here and to show you how much I care. I promised to sweep the floor before I leave. I want no crumbs to get in the way of our new friendship.

Let’s kick off this post with the meaning of Omelette Thaïlandaise. And, by the way, I think this is a world premiere because I Googled it and there’s absolutely nothing on it.

The challenge posed by the lovely Leela was to create a delicious dessert that encapsulates the flavors of the Tom Yam trinity, namely galangal, lemongrass and kaffir lime leaves. After meditating on it for way too long, I decided I would make a Baked Alaska, which we call Omelette Norvegienne in France, using a Swiss meringue and with a little detour to Thailand.

I see a lot of puzzled cyber-faces out there. I looked in the mirror and I look puzzled myself. What do Norway, Thailand, Alaska, France, and Switzerland have in common anyway?

Nothing! Nothing at all. And that’s a lot of countries to fit onto a 9-inch dessert plate. But with a little imagination everything is possible. Even this dessert.

Don’t let this little trip around the world confuse you. One bite and the dominant flavors of lemongrass, galangal, and kaffir lime will win you over and transport you straight to Thailand on a little cloud. Also, remember that this dessert has so much visual impact and pleasing value that it will also win your friends over – as long as their clothes don’t catch fire during the delicate flambé process. So be careful, and enjoy!

Now if you excuse me, I’ve got some blogkeeping to do.
[picks up a broom and start sweeping] 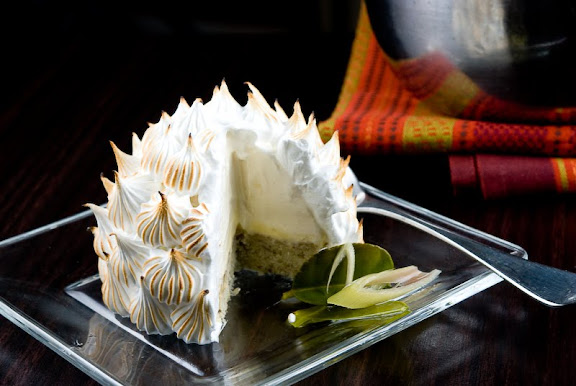 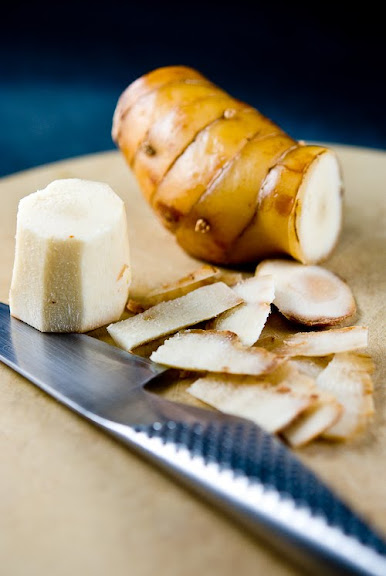 For the Swiss Meringue: 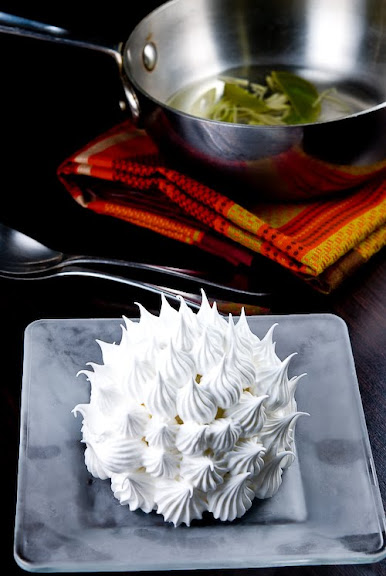 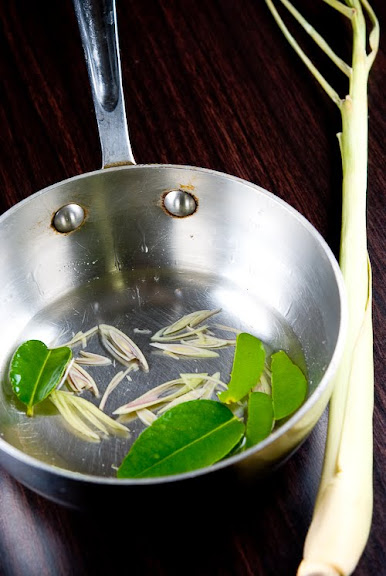 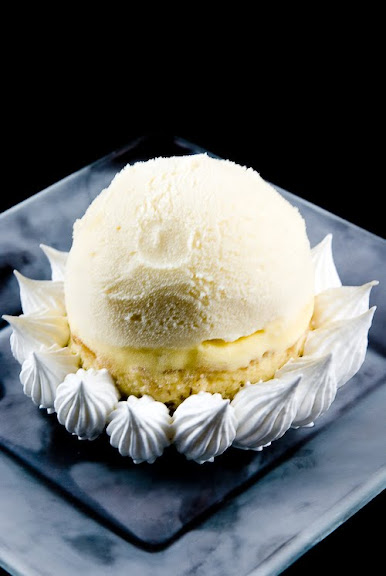 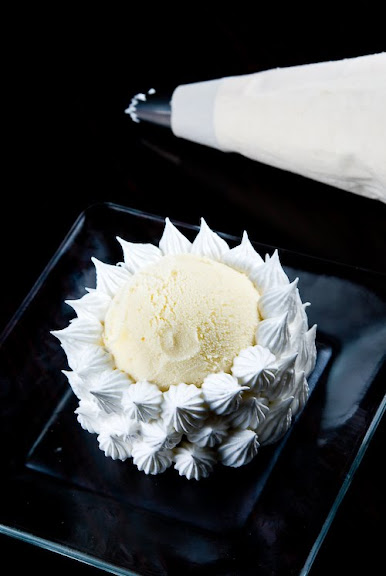 All photographs are courtesy of Zen Can Cook.