By Leela on July 25, 2010 in She Drizzles and Smears, She Interviews, She Simmers, She Tosses 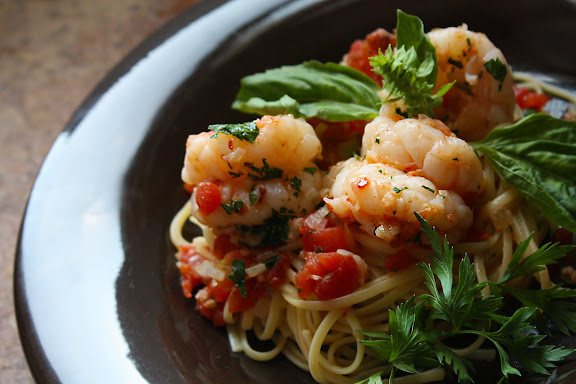 Fra Diavolo is a tomato-based sauce featuring seafood — most often very large shrimp — and served with pasta. Though light, this sauce is a flavor powerhouse thanks largely to a base of highly-concentrated shrimp shell stock and very fresh ingredients. The necessary component, other than the copious amounts of garlic and onion, is red pepper flakes. The sauce is supposed to be on a spicy side; it’s not named, “Brother Devil,” for nothing, after all.

This dish was made on April 24th, 2010 as part of a special meal hosted by Foodbuzz. The recipe comes from Adam Sobel, Executive Chef of RM Seafood in Las Vegas. 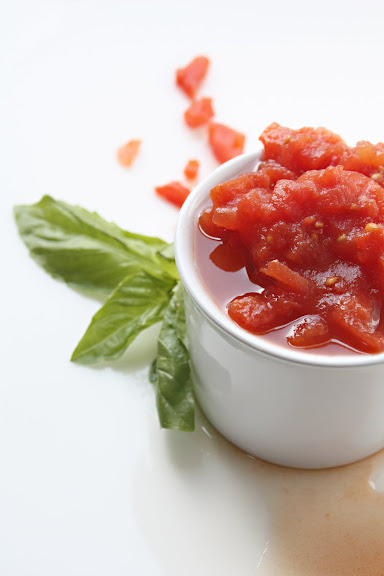 Every month, Foodbuzz hosts a worldwide event, 24×24, wherein 24 meals are organized in 24 different locations around the globe within 24 hours, on the 24th day of the month. It’s a fun activity which I would have participated much sooner had I not been on the road so much these past several months. But there is something special about this month’s 24×24 which is that Foodbuzz will donate the money, which normally goes to hosting these 24 meals, for Gulf relief purposes. I had to jump in.

No matter where you are in the world, I’m sure you have heard of the devastating explosion in the Gulf of Mexico on April 20th, 2010, which had caused a major oil spill the effects of which would forever change our food system. The future aside, the oil spill has already jeopardized the livelihoods of fishermen and those in the seafood industry. And we heed their suffering.

For each of the 24 meals created for this particular event, Foodbuzz will donate $250 to Greater New Orleans Foundation. This is not just a meal, but one that actually helps make things easier on our fisherman communities. My part is minuscule in comparison to the magnitude of the devastation and the suffering that ensued. Yet, I’m proud to have done something for a great cause and I’m grateful for having been chosen by Foodbuzz to participate in this event. 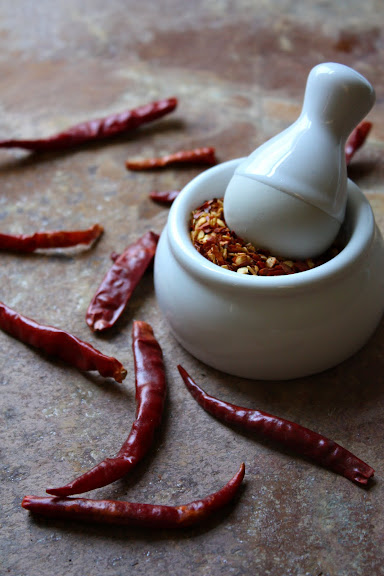 I’m also grateful for Chef Adam Sobel who, upon learning of the significance of the event, jumped in head first to help me out by cooperating with the writing of this post and allowing me to use a recipe that is currently being used at his restaurant. RM Seafood has already run a special on this particular dish as part of a Gulf relief effort of their own. Until the end of July 2010, the proceeds from their Shrimp Fra Diavolo on Hand-Cut Pasta will be donated to Friends of the Fishermen. The shrimp used for this dish at the restaurant are also from the gulf and from an area that was not harmed by the spill.

The dish is made according to one of the recipes from Rick Moonen’s Fish without a Doubt. Sobel has chosen this particular recipe to share with my readers, because it can be made at home very easily and by almost anyone. “And it’s just good eats,” said the chef. Well, you can’t argue with that. 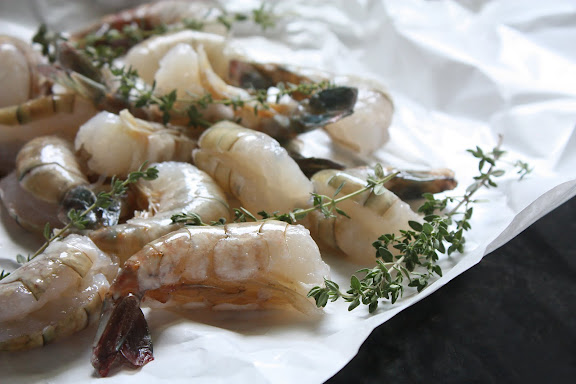 The key to the success of this dish is the use of very large and very fresh shrimp and not overcooking them. You want to bite into firm, bouncy shrimp — the quality that makes shrimp good to eat to begin with. Even though your sauce turns out perfect, if the shrimp is tough and rubbery, as far as I’m concerned, the dish is pretty much ruined. The recipe requires that you pan-sear the shrimp in olive oil just until they get some color on them on the outside and are partially cooked, then have them immediately removed to a bowl waiting to reenter the pan at the last minute. You want to obey this rule. 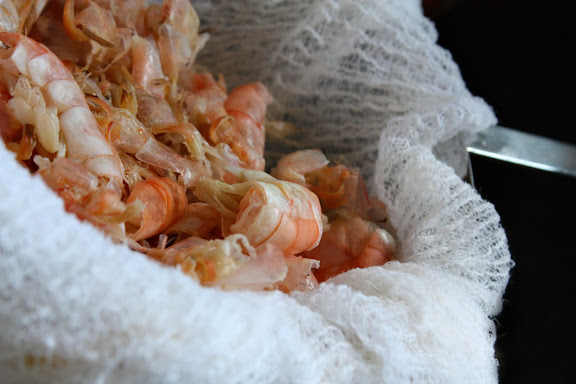 Be sure not to skip the step where the recipe tells you to make a concentrated shrimp stock with the shells. Seafood, especially shrimp, usually takes just a few minutes to cook and the fine line between “perfectly cooked” and “overcooked” is something you definitely don’t want to cross. For this reason, you’re not going to get the kind of umami-rich sauce or stock out of seafood the way you would from beef or chicken bones or tough cuts of meat that are simmered for long periods of time. In many cases, the flavors of the sea are, therefore, extracted from fish bones and shrimp or lobster shells. You want to take your time to make a stock out of the shrimp shells as instructed. The good news is that the shrimp stock is the most time-consuming part of this recipe. Once you’re ready to put the sauce together, things move very, very quickly. 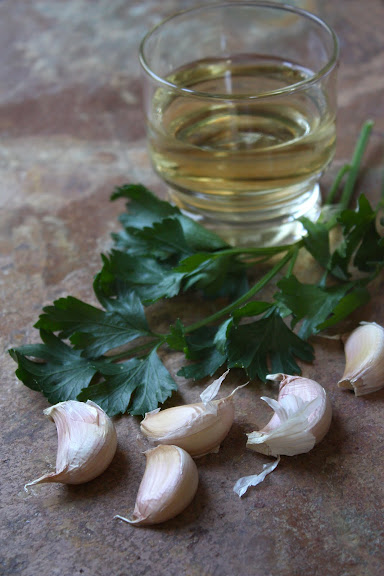 Another key thing is to sauté the onions and garlic until they not only are softened but also form a brown crust and some brown bits at the bottom of the pan. Once you get to the point where you deglaze the pan with the prepared shrimp stock, these brown bits will become loosened. You can then scrape them off the bottom of the pan and let them do what they’re supposed to do which is to permeate sauce with their flavor. This adds another layer of flavor to the already-flavorful shrimp stock. 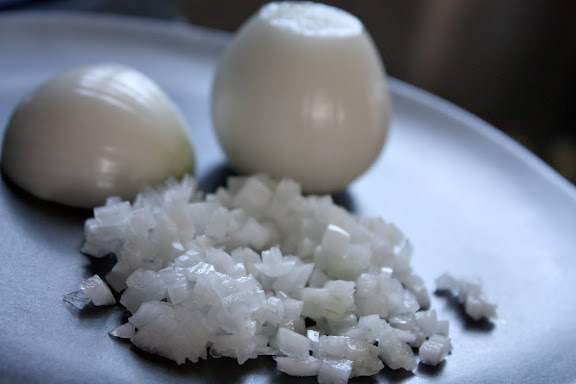 If your onion-garlic mixture is softened without forming these brown bits of flavor, you’re merely “sweating” it and need to crank up the heat a bit more. Using a large pan also helps as it allows for better and faster evaporation which facilitates the formation of said brown bits.

The rest of the shrimp fra diavolo is quite easy, and the recipe is written quite clearly. Be sure not to overcook the shrimp when you return it to the pan and make sure your pasta is cooked al dente, and everything else takes care of itself. You can find the instructions as well as the video demo on Chef Rick Moonen’s site here. 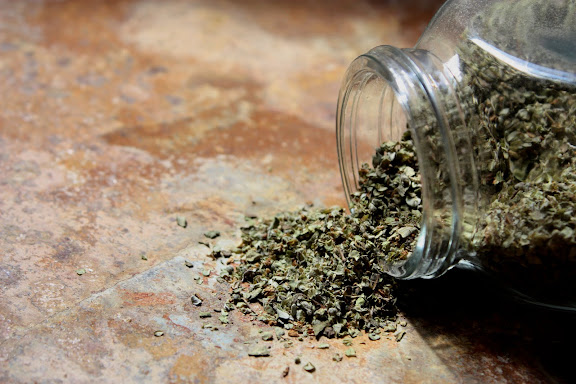 “I was never really aware or educated so I didn’t take things serious when it came to choosing fish to put on the menu,” said Sobel. “If I liked something, it was simply going on the menu. Now I realized how ignorant I was.” 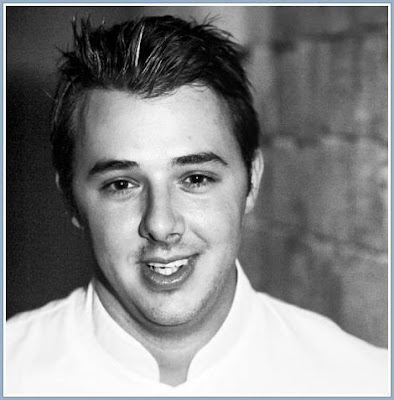 Adam Sobel: Photo courtesy of RM Seafood
While a sense of regret on missed opportunities early in his career in educating the public seems to linger still, Sobel sure is making up for it. He has joined Moonen on many trips and panel discussions pertaining to this subject. At the restaurant, a Seafood Watch Pocket Guide, a document to help people choose ocean-friendly seafood, is distributed to each guest nightly. The chef is also maximizing the many creative outlets which the restaurant has afforded him to create dishes that seek to turn the public on to other species that have plentiful populations and taste great. “Practicing sustainability forces a chef to become more creative and push the envelope,” he said.

Having worked under culinary greats such as Guy Savoy, Bradley Ogden, Charlie Trotter, Guenter Seeger and Bill Telepan, the Long Island native didn’t come to his current workplace in Las Vegas empty-handed. Bradley Ogden’s won the coveted James Beard Foundation award for best new restaurant in 2004 when Sobel was working alongside of Ogden developing the restaurant’s famous farm-fresh menu. During his tenure as Chef de Cuisine at the Las Vegas-based Guy Savoy, the restaurant was awarded two Michelin stars. As it turns out, the honors Sobel received when he graduated from the Culinary Institute of America was just the beginning of more awards and accolades to come to this chef who hasn’t even lived his 30s yet.

Sobel is clearly enjoying where he is at the moment. Likening the more upscale upstairs part of RM Seafood to a laboratory, Sobel sees it as a place where his imagination is not restricted by any boundaries. The only rules, according to the young chef, include cooking with your heart with what is believed to be the finest seasonal ingredients, practicing sustainability without exceptions. With much freedom on hand, Sobel and his team create the cuisine according to, “what inspires us at the moment.”The downstairs part of the restaurant is semi-casual and focuses on comfort food with a modern twist. It features a raw bar that features several varieties of oysters and clams from East and West Coasts, multiple varieties of crab, lobsters, as well as live scallops, and a multitude of other delicacies from the sea.

RM seafood also employs traditional Japanese technique along with their own touch to create the kind of sushi that it believes is laying the foundation for what sushi should be in years to come. Its sushi bar is the only sustainable sushi bar in Vegas.