By Leela on October 2, 2010 in She Bakes, She Fries, She Remixes, She Simmers, She Thais, She Veges 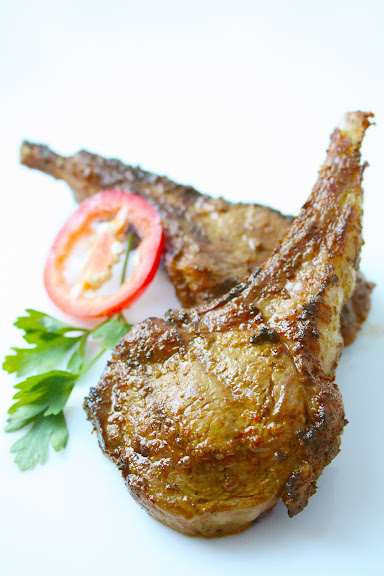 This is the second post in the Recipe Remix Series which many of you have told me to continue after having seen the debut post. A few dishes which I want to share with you but can’t justify writing separate posts on them were made between the time the last post went up and now. These grilled lamb chops are among them. 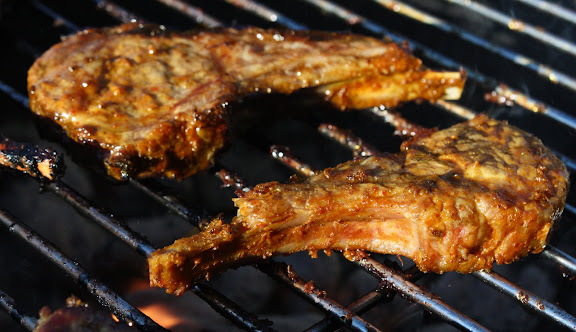 Fresh lamb chops are marinated in the same classic Southern-style marinade used in Thai southern grilled chicken. Simply replace the chicken with the same amount of lamb chops and proceed as instructed. 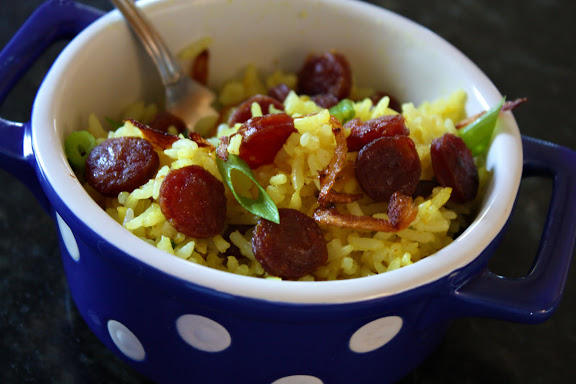 To make about 2 servings of Kun-chiang curry fried rice, my favorite “rainy day” dish, gather up about 3 cups cold left over rice, a tablespoon of Madras-style curry powder, 4-5 links of Chinese sausages, a large clove of garlic, and a handful of chopped green onions. You want to start off by slicing the Chinese sausages crosswise into 1/8-inch rounds and brown them up as I’ve shown in Yam Kun-chiang (Chinese sausage and cucumber salad) and Khao Na Gai (Chinese-style chicken in brown sauce over rice), transfer the browned sausage pieces to a paper towel-lined plate, drain off the fat leaving a couple of teaspoons in the pan.

Mince the garlic and saute it in the same pan in which you’ve browned the sausages. Add the curry powder and stir it around for 10-20 seconds just to toast the spices. Add the rice and the sausages; stir. Season with salt and ground pepper. (You could use soy sauce, but the dark brown color will mar the vibrant yellow color of the curry powder.) Turn off the heat. Sprinkle the chopped green onions over the rice. Stir the whole thing around a couple of times. Serve. (I’ve sprinkled some crispy shallots on top, because I had some on hand; This is not necessary.) 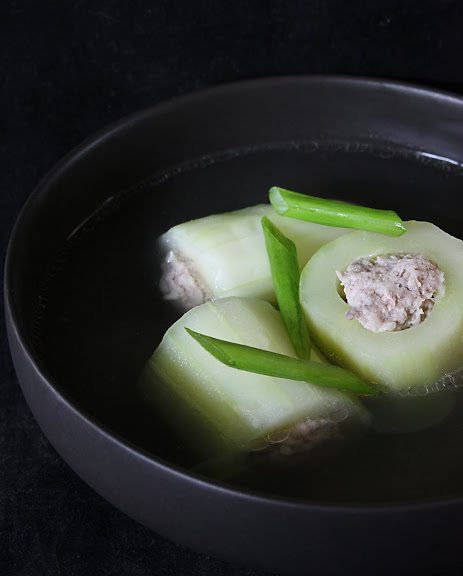 This stuffed cucumber soup is what I often crave when the weather gets chilly. It’s made in the exact same way as the stuffed bitter melon soup. My idea of a comfort food is a light, yet hearty, soup like this poured over a scoop of rice.

The way the Thai people consume a soup is different from the western way. A soup is not a stand-alone course; a soup is almost always — if not always — served with rice as part of a meal. When I explain the Thai concept of soup to my non-Thai friends, I tell them to think of a Thai soup not as a soup but an entrée which happens to be broth-y.

So now you know why the Thai people eat rice with a spoon. 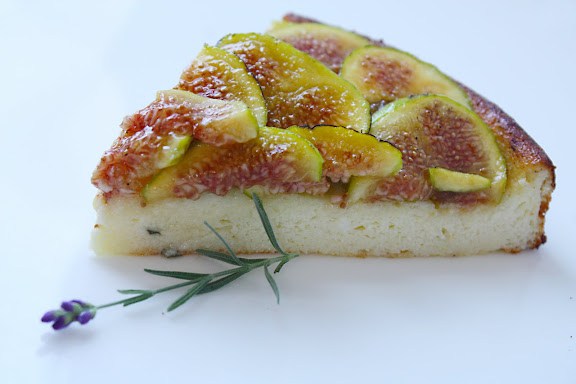 With some fresh ricotta on hand the other day and the lavender on my windowsill growing like weed, I whipped up a batch of ostkaka with about a tablespoon of finely-chopped lavender leaves added. Fresh green figs were cut into thin slices and arranged on top of the bare ostkaka. After brushing some melted apricot jam onto the figs, I blow-torched the top to give it a little brûléed look. It was so good. 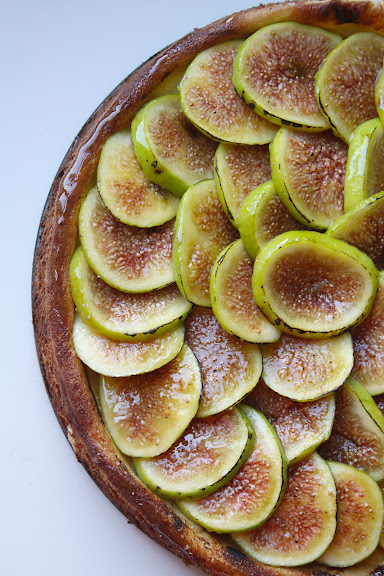 This poached shrimp in red curry sauce couldn’t be easier to make. First you fry up some coconut cream (the creamy part of coconut milk) and red curry paste until the coconut cream breaks. Then you adjust the consistency with more coconut milk and season the sauce to taste with fish sauce and palm sugar. 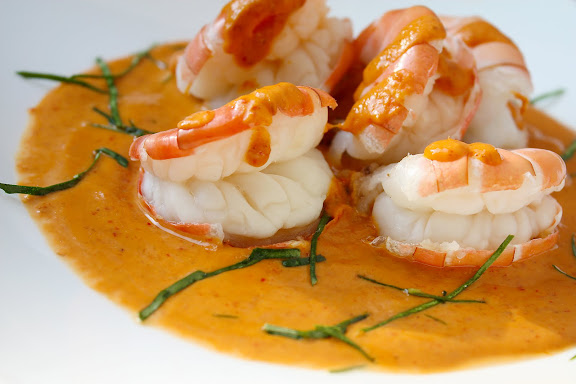 The next step is to poach some jumbo shrimp, shelled or unshelled, in simmering brine. One mistake people make when they poach seafood is that they do it in rapidly boiling liquid. The poaching liquid must be barely simmering when you poach something that is prone to overcooking as seafood. Once the shrimp goes in, the liquid may stop bubbling immediately; that’s okay. In about less than a minute, your shrimp should be ready, i.e. thoroughly cooked but retaining the “springy” texture, not tough and rubbery.

Ladle the curry sauce onto the bottom of a serving plate, arrange the poached shrimp on top, sprinkle either julienned kaffir lime leaves or hand-torn Thai basil leaves on top, and serve. 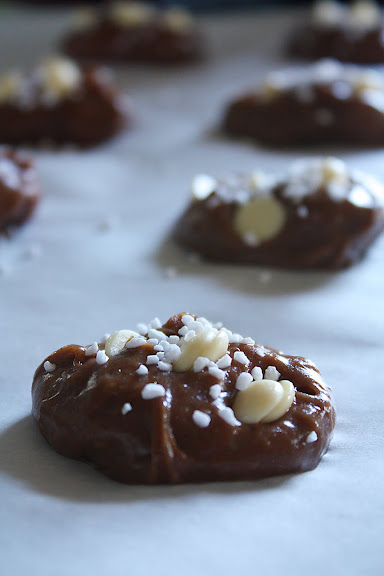 I still think the original version is the best, but would I say no to these? Never.