By Leela on August 22, 2011 in She Deglutenizes, She Explores, She Thais 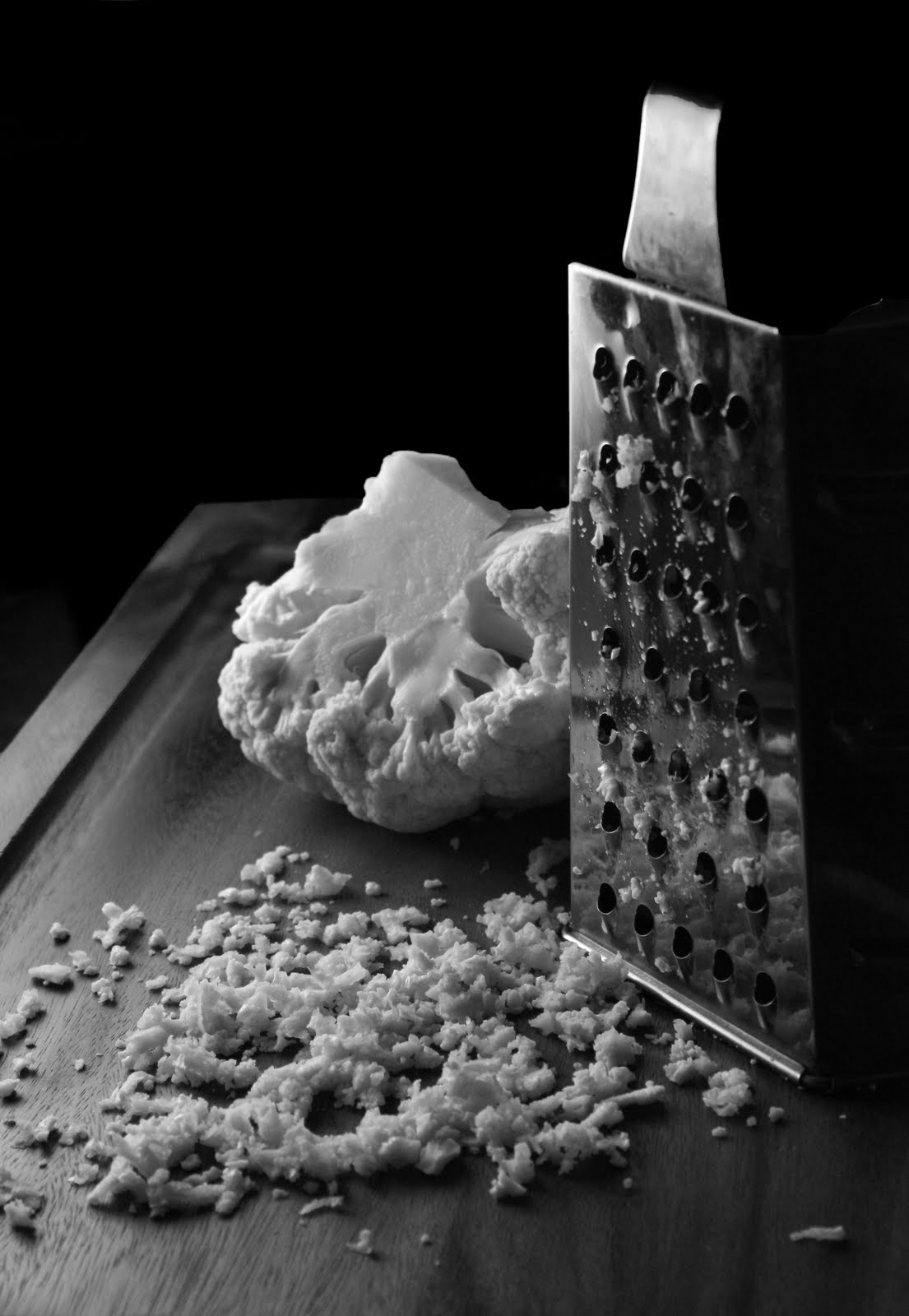 Disclaimer: The intention of this post is not to offer advice on what diet is optimal for your health. I am not a medical or nutrition professional. And though this post focuses on a certain way of eating, it does not in any way imply endorsement of it; the post simply acknowledges that there are those who need or wish to adopt a low-carbohydrate way of eating for whatever reason and that they could benefit from this information.

I feel that I need to gather in one place all the suggestions I have made to many of you who have written to me regarding the subject of how to avoid starches, grains, and sugars in Thai food. According to the records, I have written something very similar to this post to at least 30 different individuals in the past two and a half years.

And as much as I want to be helpful to each person who has written, I’m too short on time to write individual replies to all the emails asking for the same thing every few days. Therefore, I think this post, a curious blend of altruism and selfishness, is warranted.

The number one challenge for low-carbers when it comes to Thai cuisine is the fact that they can’t have rice. This is made more difficult by the fact that the role in which rice plays in the Thai way of eating is different from that in the way Westerners eat in general.

Apart from the obvious exceptions (e.g. noodles, desserts, snacks), most Thai dishes are meant to be eaten with rice – even soups and salads. Kap khao (กับข้าว), the Thai word for what Westerners would consider a main dish or an entrée, literally means “(that which is to be eaten) with rice.” And that says volumes about the traditional Thai eating culture, i.e. rice is the main component of the meal and all the dishes are there to accompany it.

With rice playing such a central role in Thai cuisine, it’s unimaginable how someone who needs to avoid grains can enjoy Thai food at a restaurant or even at home. You need … something … to eat with Thai dishes which when eaten by themselves would appear over-seasoned. This is because each spoonful of, say, curry is seasoned in anticipation of generally 2-3 spoonfuls of rice. Failure to understand this has often led to an unfair criticism of Thai food as being too salty.

But I digress. Let’s get back to the subject.

In light of this, one way to make your rice-less life easier when it comes to Thai food is to hold back a little when you season your homemade Thai dishes. Short of that is to find something with which to replace rice.

References to the so-called cauliflower “rice” can be found in so many places, on- and off-line, that I don’t know to whom or what source I should attribute this idea. I’d heard of it by way of my older friend, a diabetic who has to drastically cut down on starchy carbohydrates, long before any of the books in which cauliflower “rice” is mentioned came along. I thought it was such a great idea, and whoever first thought this up, my hats off to you.

To make cauliflower “rice,” grate coarsely a head of cauliflower – stems and all – and steam it lightly, covered, just to soften it up somewhat and get the raw “green” flavor out. And, behold, steamed “rice” to eat with curries, stir-fries, etc.

Now, if any of you out there can figure out how we can create sticky “rice” out of a non-starchy vegetable, please let me know.

Khanom jin (ขนมจีน), fermented (sometimes fresh) round rice noodles which is most often served topped with a curry or a curried sauce, can also be substituted with the so-called miracle noodles. [The marketing moniker, “miracle noodles,” kind of makes me wince. I guess it makes sense in the context of dietetics due to the noodles’ ridiculously low calories and high fiber content, not to mention all the purported health benefits of glucomannan. But to the Japanese, this “miracle” is just, you know, food. They’ve been eating shirataki noodles and other forms of konnyaku for ages without thinking of them as being ‘miraculous.’]

I’d be stating the painfully obvious in saying that the translucent, low-carb shirataki noodles don’t taste like rice or mung bean noodles. But I’m sure those who must avoid starches will agree that chewy, squeaky noodles are better than no noodles. 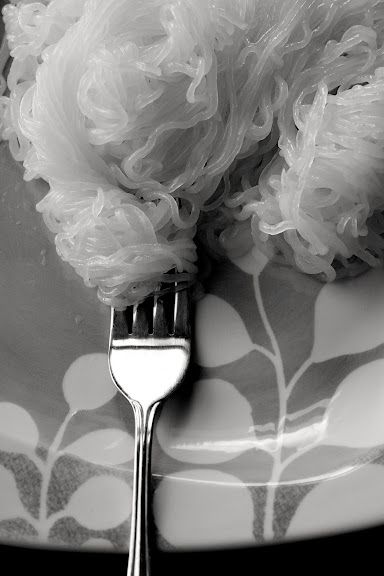 Here are some ideas on how to use shirataki noodles in Thai dishes:

*Make Tom Yam, load up on meat and mushrooms, and add well-rinsed and drained shirataki to the soup towards the end. Add some ground roasted peanuts to your noodle soup, garnish it with chopped cilantro, and season the broth to taste with fish sauce, lime juice, and red pepper flakes. Nam Prik Pao has some sugar in it, so if you’re very strict on the carb count, omit it. If not, a tablespoon of the flavorful paste will make each serving of your Tom Yam shirataki noodles so much better.

*My friend M has made Pad See-Ew with shirataki noodles. Her verdict: the noodles don’t absorb the sauce as well as rice noodles, but the charred bits in the pan and the caramelized coating on the noodle strands make for an acceptable Pad See-Ew.

*Blanch shirataki noodles in boiling water for 1-2 minutes, drain them well, place them in a bowl, and ladle your favorite variation of green curry on top. Garnish with fresh basil. This is designed to mimic Khanom Jiin with Kaeng Khiao Waan (Thai green curry) – a favorite one-dish meal among the Thai.

My readers are some of the most innovative people.

Chris, a reader from Boston, MA, wrote me a few months ago that he had been making Thai-style fried chicken with no rice flour. He marinates boneless, skinless chicken breast strips as the post instructs, coats them with crushed pork rinds, and deep-fries them until the pork rind “bread crumbs” are golden brown and the chicken strips are cooked through. This trick, says Chris, works best with boneless, skinless chicken that has been cut into pieces small enough to be cooked through in less than two minutes in hot oil — any longer than this, and the pork rinds burn. This means bone-in pieces of chicken that need more time to cook won’t work here.

As most low-carbers know, coconut flour or finely-ground dessicated coconut works well in some recipes as a flour substitute. Jen from Chicago, IL, has used a combination of both coconut flour in her local health food store and dried coconut flakes commonly found at Indian supermarkets to approximate the batter for both my Thai fried bananas and fried sweet potatoes. [Note: Jen is not exactly low-carbing; she’s more of a follower of a grain-free diet, so starchy fruits and vegetables are okay by her.]

For those wanting to bring the carb count down lower, try subbing out sweet potatoes for something like turnips. [For the dipping sauce, which contains the sugary Thai sweet chili sauce, please see the sugar substitute section below.] 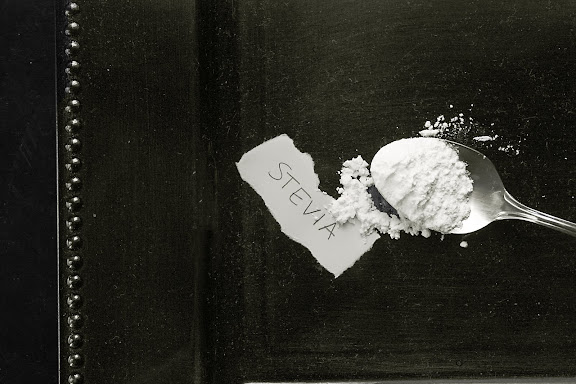 Using a sugar substitute in soups, curries, and salads is, in most cases, easy. This is because it’s simply a matter of omitting the sugar and replacing it with a sugar substitute (and, in some cases, additional moisture) without affecting the end results too much. A salad like Som Tam or a sweet-ish curry like massaman curry, for example, will not be much affected by the use of a sugar substitute.

Homemade Sriracha sauce or Thai-style seafood dipping sauce, the consistency of which relies more on pepper pulps than sugar reduction, can also be made easily with a sugar substitute. You just have to experiment with what kind of sweetener to use and how much.

Recipes that require caramelization or cooking in syrup, on the other hand, may be hard to replicate using sugar substitutes.
Thai sweet chili sauce, which traditionally derives its syrup-y consistency by reducing the water-sugar mixture, will also prove to be a bit of a challenge to low-carbers and diabetics. My recipe, which is based on that used by manufacturers of commercial Thai sweet chili sauce, employs cornstarch as a thickener for a small batch and pre-gelatinized starch for a large batch (pre-gel starch is what manufacturers of the sauce actually use). This results in it being lower in sugar (1/2 cup of sugar for a total yield of 1 cup) than many other recipes. Still, it is a lot of sugar for low-carbers and diabetics. And even if you’ve figured out how to replace the sugar with a sweetener, there’s still the issue of starch-based thickener.

This is when you need to consider what you can live with and make a choice accordingly. Without some kind of thickening activity going on, either by reduction or through a starch-based thickener, the sauce will be thin and the pepper-garlic bits will refuse to do anything but floating on its surface.

If that doesn’t bother you, simply omit the sugar and starch, and sweeten the sauce to taste with your favorite sweetener. However, if you have a strong preference for a sauce with some body to it, you may want to use a sugar substitute and experiment with a starch-free thickener such as xanthan or guar gum.

Things aren’t so complicated with a naturally thick sauce like Thai-style peanut sauce which is a staple of many of us. A few readers have successfully made my mom’s cheaters’ peanut sauce by omitting the sugar, increasing the water to make up for the loss of moisture, and sweetening the finished sauce to taste with their sweetener of choice. So far, the verdict is that powdered stevia is the best sweetener for the job.

There are many more; please search the archives.

33 Responses to Thai Food for Low-Carbers