By Leela on October 9, 2011 in Uncategorized 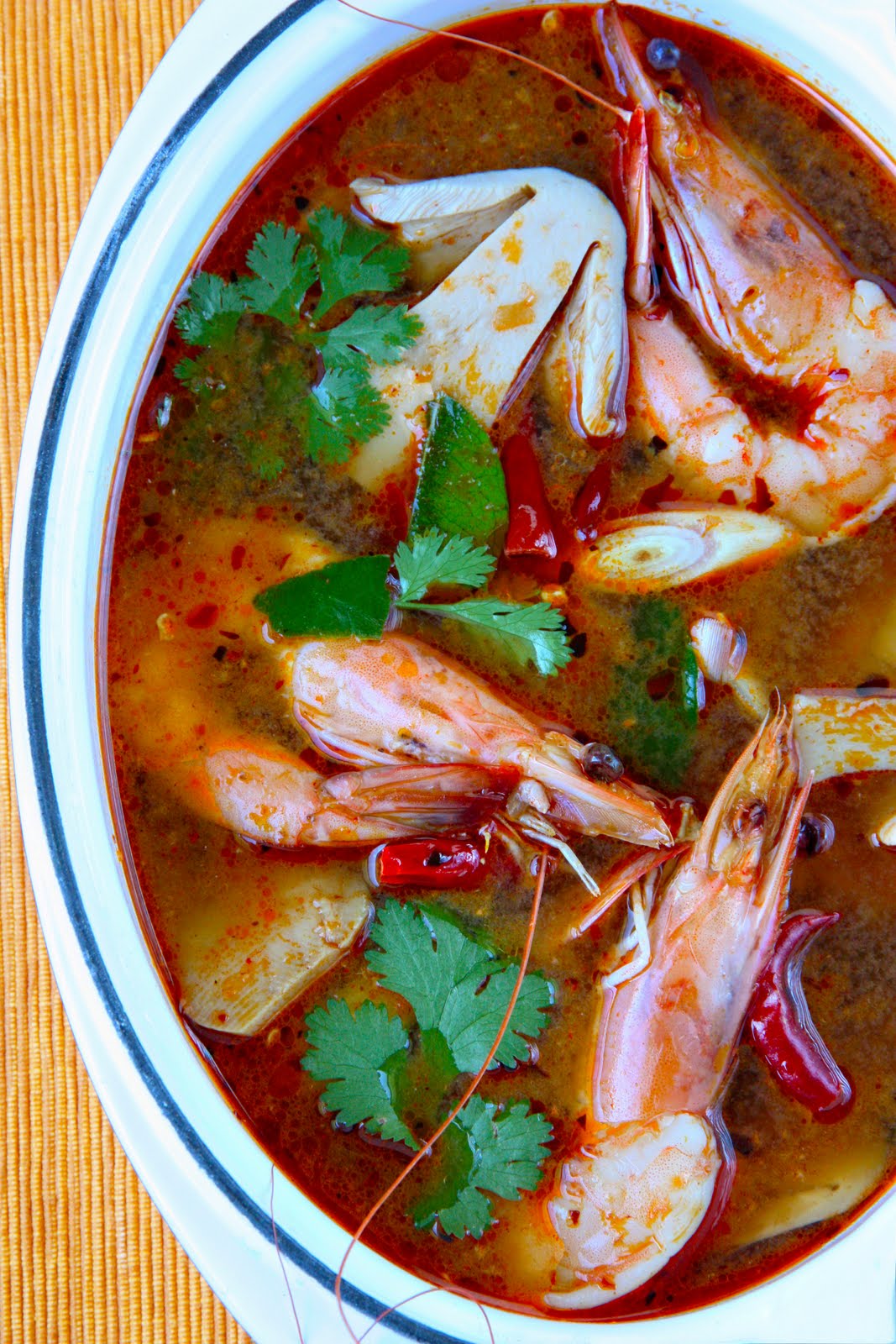 Isn’t it great that one of the dishes that have pretty much put Thai cuisine on the world map is so easy to make? Tom Yum Goong [1] is a main course soup made by simply cooking whole shrimp gently in simmering infused broth and seasoning it to taste. If you can make a good cup of tea, chances are you’d be good at making Thai hot and sour soup as well.

For the sake of simplicity and practicality, let’s not talk about the version of Tom Yam I had growing up or the version you had growing up for they may be different from one another and/or from the version featured here. Let’s not talk about the various versions of Tom Yam documented in cookbooks from a bygone era by so and so who died in such and such year for the fact that most of us today have never had or continue to make them that way has rendered such discussions useful merely as an intellectual exercise with little relevance.

If I’m right in assuming that the purpose at hand is to replicate the most common version of this iconic Thai soup which you’ve most likely encountered (and fallen in love with) at your local Thai restaurant, then I hope what you find here will serve you well.

With that out of the way, the only things left to mention are as follows:

Print
Prep time
15 mins
Cook time
15 mins
Total time
30 mins
Author: Leela
Recipe type: Soup, Main Dish, Entree
Serves: 1-2
Ingredients
Instructions
Notes
In Asia, straw mushrooms are available fresh, inexpensive, and can be found anywhere. That is not the case in the US; hence the need for canned straw mushrooms. They’re not as good as fresh, of course, but they’re not bad at all. Feel free to use any white mushrooms you like. Oyster mushrooms would be good here as well. I just happen to love straw mushrooms so much that if I can’t get them fresh, I’ll take the canned version.
Wordpress Recipe Plugin by EasyRecipe
#version#

[1] Officially, Tom Yam Kung. I’ve included the transliteration Tom Yum Goong (which I have not and will never use) here just because is by far the most prevalent transliteration and one that I’m certain you have seen most often. Without including it, confusion may occur as some may not recognize that it’s the same dish we’re talking about here.