By Leela on August 13, 2012 in She Bakes, She Deglutenizes, She Thais, She Veges 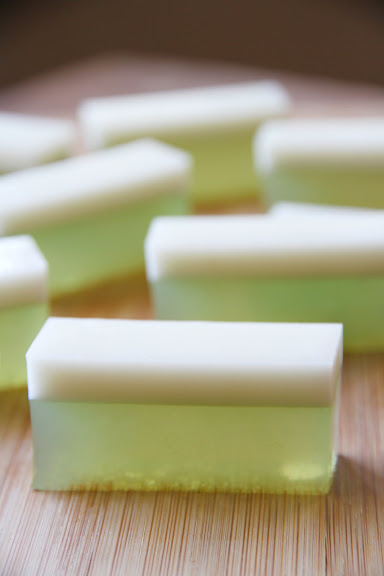 Agar (or agar agar — why say it once when you can say it twice?) is a classic dessert/snack ingredient used throughout Southeast Asia. It’s not generally viewed as a vegan gelatin substitute as it often is in places where people aren’t familiar with it. Agar doesn’t behave exactly like gelatin, and I don’t think it appreciates being described as a gelatin substitute or, worse, a gelatin wannabe.

Some similarities exist between agar and gelatin, but there are two main differences. One is the texture. Gelatin is jiggly; agar is harder and more brittle (it breaks into shards, if you can visualize this with me). The other is the way they’re activated. You can activate gelatin with hot water; with agar, you need to activate it in boiling liquid or it won’t set (if that happens, simply put the unset agar into a pot and boil it). 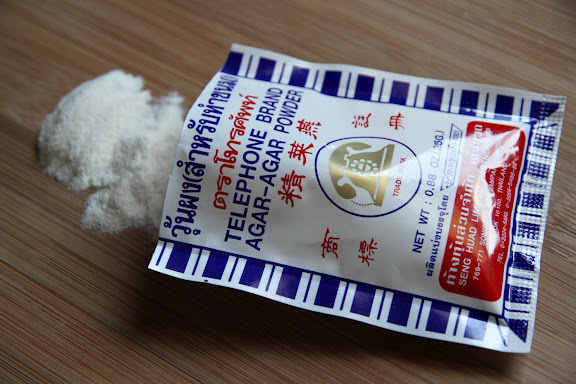 Telephone brand is a reliable brand that is easiest to find.
There are several types of agar desserts in the Thai repertoire. One is what’s featured here: coconut-pandan agar which is made of alternating layers of sweet and slightly salty coconut milk-based agar and pandan-infused agar. Another, which may seem like an odd combination of flavors but actually works very well, is coconut-coffee agar which is made the same way as the former except it pairs coconut with coffee instead of pandan. The recipes for both are only slightly different.

I’ve written a recipe for the coconut-coffee agar (the variation which I like much better than this one, to be honest) on Serious Eats. My post there also has additional information and instructions on how to work with agar and how to alternate agar layers.

For those interested in the coconut-pandan agar, here’s a recipe for you. 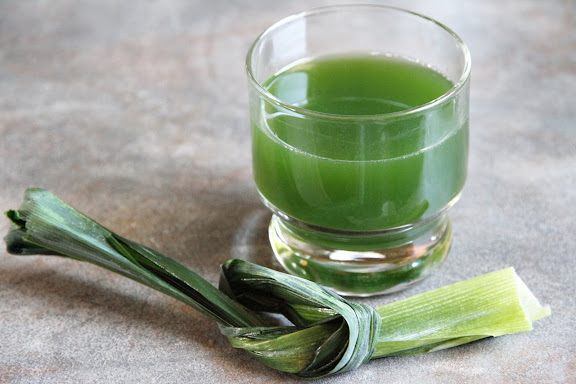 For the coconut layer:
1 cup unsweetened coconut cream (the thick part that rise to the top of the can)
1/2 cup whole milk
Note: You may wonder why milk is necessary, why not just use coconut milk. From my experience, whenever I use canned coconut milk, the finished coconut layer almost always separates into two visible sub-layers: one of coconut cream and one of coconut “whey.” It tastes fine, but is aesthetically challenged. If you don’t mind that, go for 1 1/2 cups of unsweetened canned coconut milk instead of 1 cup coconut milk and 1/2 cup whole milk. If you have access to freshly-squeezed coconut “head” (the first and most concentrated extraction), by all means, use that as it’s the best. Vegans, you can substitute whole milk with soy, almond, or drinking coconut milk.
1/2 teaspoon salt
1/2 cup sugar
1 tablespoon agar powder