By Leela on July 9, 2013 in She Deglutenizes, She Explores, She Fries, She Thais, Uncategorized 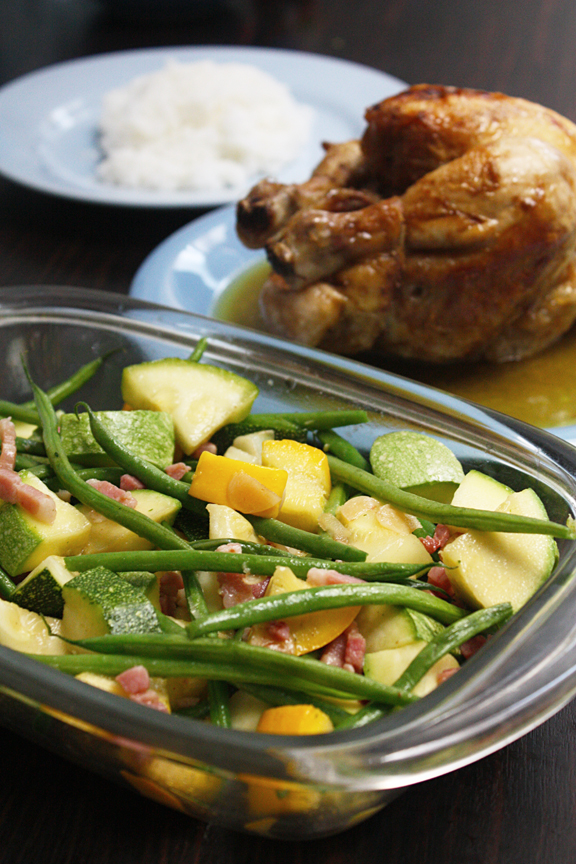 Bonjour de Lyon! I’m traveling through Europe at the moment, so I hope you don’t mind that I’ve put our grilled chicken series on hold for a short while. What I’m having fun with at the moment is to pretend I am a Thai food enthusiast living in different places in Western Europe trying to make good Thai food with everyday fresh market offerings.

You know what I’ve realized so far? There are A LOT of good Thai dishes one can make with what’s available at most supermarkets and outdoor fresh markets here. Some ingredients, of course, are not traditional. But that’s only because currently they have not yet become regular, everyday produce among the Thais in Thailand. But with the country’s ability to grow more and more cold-weather crops, it’s just a matter of time before you see ‘foreign’ fruits and vegetables popping up in Thai dishes — you know, the fruits and vegetables you don’t necessarily associate with Thai cooking.

By the way, I don’t believe for a second that Thai food is defined and confined by only the natural ingredients native to the area presently known as Thailand (see my post on “authentic” Thai cuisine from few months ago).

But hold that thought. For now, let me take you to the famous Croix-Rousse market in Lyon, France.

I’m staying in a tiny rental apartment somewhere in the silk district of Lyon featuring a small kitchen with no cooking equipment beyond two stoves, a beat-up nonstick skillet, a couple of pots, a vinyl cutting board, a wooden spatula, and — I nearly fainted when I discovered this — nothing to cut things with except a serrated butter knife.

But you know what? This is what makes it fun. 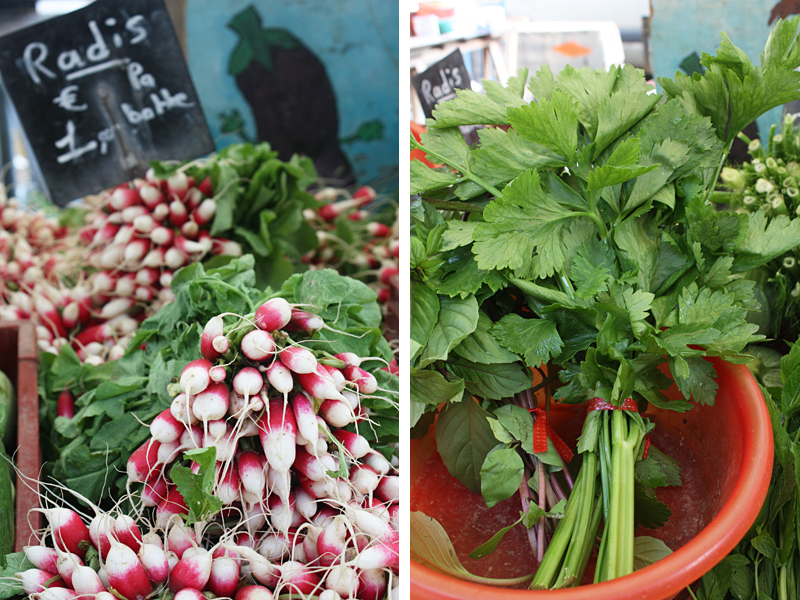 So when I visited Croix-Rousse market this morning, I specially looked for things that I could make with the limited resources that I have. If it takes a large pot to make, it’s a no-go. If it’s something that a serrated butter knife can’t cut through, forget it. 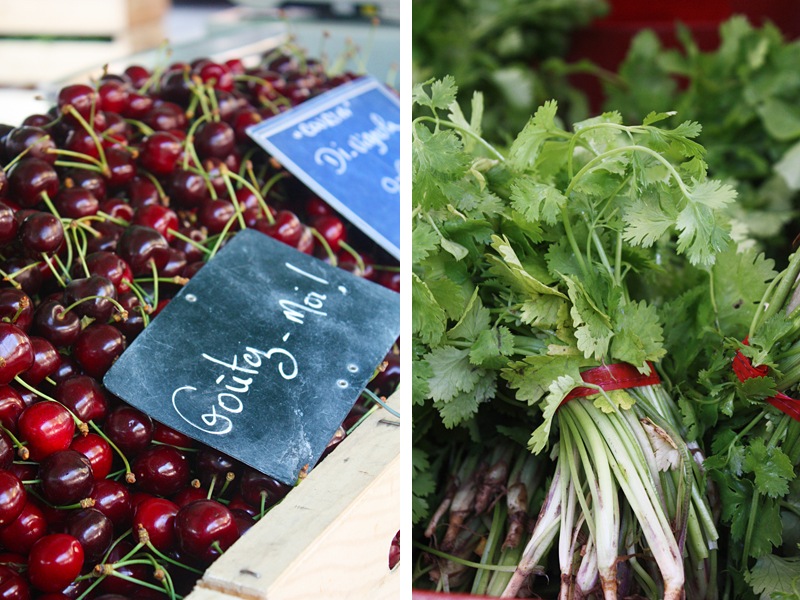 It amazes me that, even with all the handicaps, there are so many things I can make with what I saw at the market this morning. All the fresh mint, cilantro, Thai basil (Thai basil!), fresh vegetables, and fruits sparked so many ideas that I had to write them down on my phone lest I forget some.

For the first day, I didn’t do so bad. Came home with some round zucchini, a bunch of haricots verts, some fresh garlic, a market rotisserie chicken that came with lots of chicken drippings, and a few other miscellaneous stuff. This would be more than enough for a couple of meals — at least. 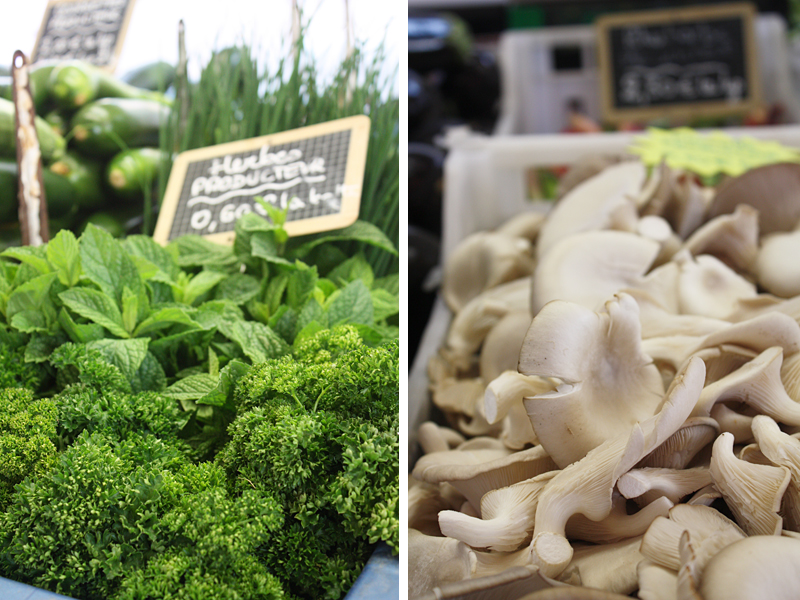 Upon arriving back from the market, I made some rice on the stovetop (something I rarely do at home, because I am a HUGE fan of making rice in a rice cooker). I had some lardons in the fridge, so I sautéd them with the garlic which I cut with my pathetic knife into thin slices (forget mincing — not possible) in the beat-up nonstick skillet. There’s something about lardons that reminds me of the salted pork belly that my mother used to have in the freezer all the time to use as a flavor booster.

Once the lardons had crisped up somewhat and the garlic became fragrant, I added the trimmed haricots verts to the skillet. About a minute later, cubed zucchini (thank heavens — those were easy to cut with a butter knife) went in along with a splash of fish sauce. In less than 10 minutes, the stir-fry was done. The chicken was plated along with its drippings. The rice was, by that time, cooked. Had I found some fresh hot chilies at the market, there would have been a small bowl of nampla prik on the side. But everything was so flavorful that I didn’t think anything was missing.

For those who find the idea of making Thai food while in a city known for great French food such as Lyon incredulous, don’t be alarmed — I can assure you that I am eating all the good French stuff over here — day and night.

Come back here tomorrow to see what else I’ve made with my French market haul.