Archive | She Tosses RSS feed for this section

By Leela on March 1, 2014 in She Deglutenizes, She Explores, She Grills, She Interviews, She Thais, She Tosses, Uncategorized 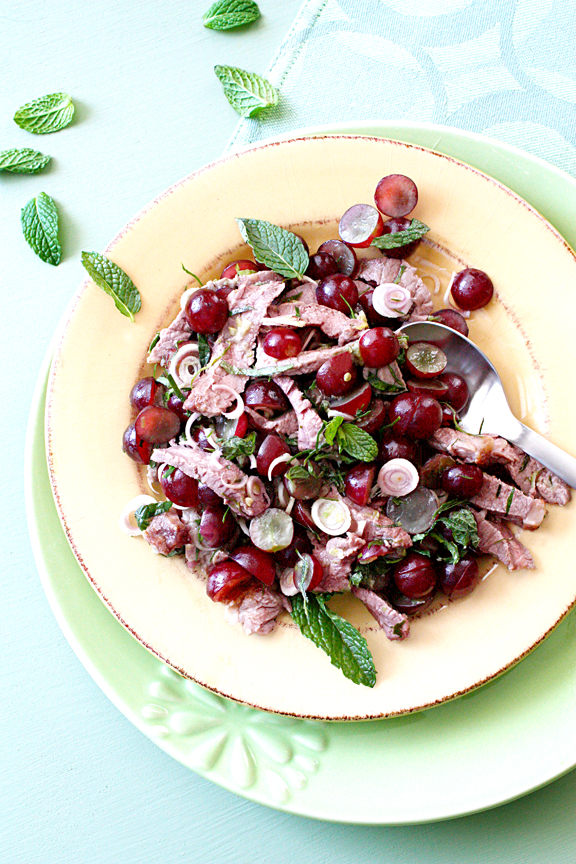 You have no idea how excited I was to be able to get Vichit Mukura, Executive Thai Chef of the Mandarin Oriental Bangkok, to grace this site with his Thai cooking knowledge and skills. For a long time this is what I’ve been wanting to share with you all. Those who have experienced his cooking at Sala Rim Naam restaurant can understand my excitement.

Chef Vichit is one of a few people the government of Thailand turns to whenever it plans a dining event of national scale. Remember when I told you about the menu of the state dinner in honor of President Obama back in November 2012? It was Chef Vichit who executed that menu (according to the mandate of Prime Minister Shinawatra who came up with the menu herself) and oversaw the kitchen operations.

There are many interesting things about the chef one of which is his passion in organic rice farming. I hope to tell you more about him and what he does in future posts. For now, please enjoy this video demo wherein Chef Vichit shows you how to make a spicy salad of grilled beef, grapes, and fresh herbs; it’s an easy dish that lays a firm foundation for not only your Thai salad-making skill but also your understanding of what Thai salads are all about. END_OF_DOCUMENT_TOKEN_TO_BE_REPLACED

By Leela on September 9, 2013 in She Deglutenizes, She Thais, She Tosses 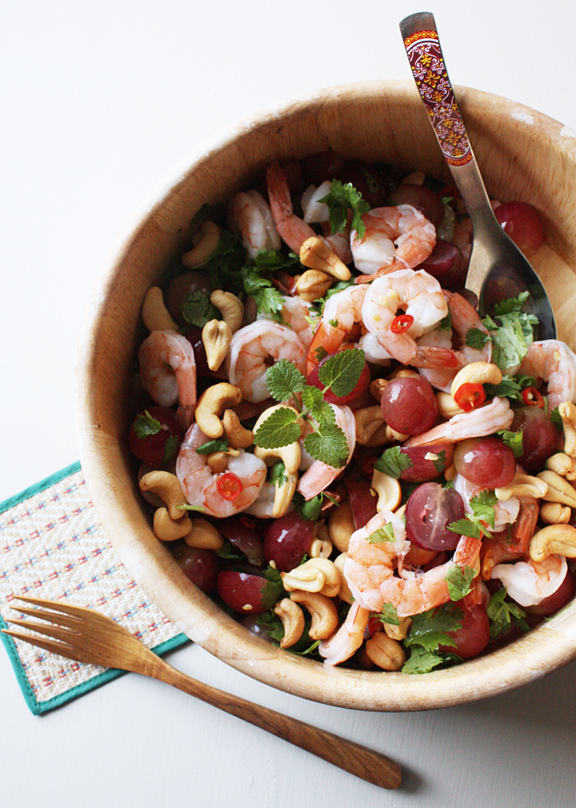 The Thai people don’t use grapes in savory dishes, including salads, very much. In fact, the only savory dish containing grapes I had growing up was an everything-but-the-kitchen-sink salad my grandmother used to make which was similar to this one. She’d take some sour green grapes, peel them one by one, and make a quick salad out of them and whatever leftover meat we had in the fridge (mostly grilled chicken breasts, because members of our family were the type that fought for chicken butts but pretty much ignored the breasts). The herb that usually went into Grandma’s grape salad was usually fresh mint or cilantro, because we always had too much of both in the garden.

I had thought nobody else but our family made grape salad until I came across the book, Rattanakosin Dishes (1982), which includes a grape salad recipe by M.L. Terb Xoomsai, one of Thailand’s culinary greats. I don’t have the book with me at the moment, and I no longer remember what exactly goes into M.L. Terb’s grape salad. I do remember, though, that there are grapes, shrimp, young ginger, and toasted cashews. So I thought I would try to recreate M.L. Terb’s version based on a faint memory; I could have made my grandmother’s grape salad, but it came in so many forms that nailing down the ingredients would prove difficult. END_OF_DOCUMENT_TOKEN_TO_BE_REPLACED