By Leela on July 1, 2009 in She Deglutenizes, She Drizzles and Smears, She Fries, She Rants and Muses, She Thais 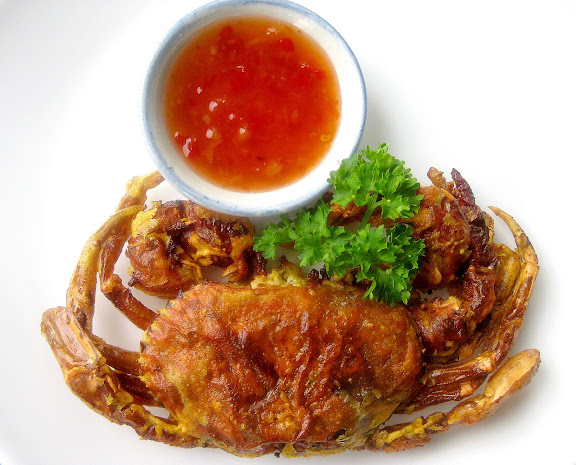 An activity which occupies several hours of my time each week involves reading things that were written as long as millennia ago. It’s a fun exercise that grants the nosy me not only knowledge of historical events but also access to the minds of ancient people who, though lived in a different time and place, had the same basic wants, needs, fears, and aspirations as mine. As it turns out, some of them, to my amusement, even had the same bad (?) habit I do.

One of the habits I have which may be considered bad is an inability to not doodle. I am a doodler. I can’t help it. I don’t deface stuff, vandalize museums, draw on cave walls, or anything like that. I just doodle privately. A lot. In fact, give me a piece of paper and a pen and before you have a chance to ask me what in Hades I am doing, already some serious doodling will have occurred.

I started off drawing daisies, squares, boxes, pyramids, houses, etc. Then I graduated to animals, principally pigs and crustaceans. Why? Well, you could ask for an explanation, but I would have none to offer.

Take this crab drawing for instance. Based on its location in my book, I can easily date it to circa 2007. But as far as what I was thinking at the time or what possessed me to draw a crab and identify it as being of the soft-shell kind, I can’t recall. All I know is that it was this very drawing, rediscovered two years later, that planted the thought of biting into a crispy soft-shell crab in my brain thereby making me drive all the way to my favorite Japanese market where I knew a huge supply of soft-shell crabs would be waiting for me with open claws.

I love soft-shell crabs. When batter-fried, the shells and extremities of the crabs become very crispy (which allows you to eat the whole crab, shell and all) while the meat inside the shell remains creamy and sweet. Paired with the sweet and tangy sweet chilli sauce, these crispy crabs are unbelievably delicious.

But first, back to the doodling – you see, some of us can’t resist the urge to doodle and scribble stuff, be it sublimely deep things, completely nonsensical things, or everything else in between.

But as any responsible doodler would tell you, just because we scribble and doodle
doesn’t mean our brains are inactive. 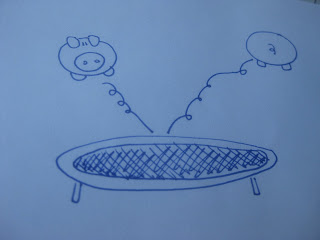 In fact, from personal experience, the harder my brain works, the more doodling I do. I once got chastised for doodling in a meeting. What my former supervisor apparently failed to grasp was that even though I drew pictures of pigs happily bouncing on a trampoline, my eyes, for the most part, were transfixed on the meeting leader. I also jotted down important things, participated in the discussion, and contributed to the meeting to the best of my ability. Should all those things have been for naught just because I did them while discreetly drawing a scene from porcine cirque du soleil on my personal notepads?

Well, okay, so that might be unprofessional and a bit immature to some. But to be fair, marginal scribbles aren’t uncommon even in the ancient world. In fact, what makes studying ancient texts fun is the occasional comic relief that is the scribal notes. Scribes were human too. As seriously as they took — or were supposed to take — their work, day after day of long and arduous copying got them tired, bored, and sometimes goofy. For example, the margins of a 9th-century Latin manuscript of a commentary on the Psalms contain Irish commonplace remarks, e.g. ‘It’s cold today.’ ‘That’s natural; it’s winter.’ ‘The lamp gives a bad light.’ ‘It is time for us to begin to do some work.’ ‘Well, this vellum is certainly heavy!’ ‘Well, I call this vellum thin!’ ‘I feel quite dull today; I don’t know what’s wrong with me.’*

It’s not uncommon for manuscripts from the Middle Ages to contain chuckle-inducing colophons describing the scribe’s joy over the completion of the copying process or the pain and drudgery of what they do for a living. A scribe wrote in the margin of Codex Vaticanus where Hebrews 1:3 is, “αμαθεστατε και κακε, αφες τον παλαιον, μη μεταποιει” – translated by me as, “Leave the reading alone and don’t mess with it, you moronic jerk.”

Prayers for divine blessings over themselves for months of hard manual labor are also common. Somehow these scribes felt the need to insert themselves and their thoughts into the works that they knew would be preserved for generations. The reason for this may be similar to the reason behind great painters making cameo appearances in their own paintings, such as Rembrandt in the Nightwatch. I don’t know.

The point is – why should I get blamed for having animal drawings interspersed throughout my class and meeting notes, when these impish scribes wrote silly stuff on manuscripts?

To ensure crispiness, a combination of rice flour and cornstarch is used and some sort of alkaline liquid is added to the dry mixture to form a batter. A combination of baking soda and plain water in this case provides the alkalinity.

To make batter-fried soft-shell crabs: Clean and prepare four soft-shell crabs. Pat them dry with a kitchen towel. Heat up vegetable oil in a wok over medium-high heat. (You want about 2 inches of oil in depth.)

Make the batter by mixing together 2/3 cup rice flour, 1/3 cup cornstarch, 1/2 teaspoon salt, and 2 teaspoons baking soda. This is the basic formula. Add to the basic formula any spices or spice blends you like (as long as they don’t contain salt). For this recipe I added to the basic batter 1 teaspoon ground turmeric, 1 teaspoon ground coriander, and 1/2 teaspoon ground black pepper. Whisk in just enough water to form a batter. The consistency of the batter should be similar to that of stirred sour cream. When the oil is ready, dip the crabs in the batter, making sure the entire body is covered, and gently drop them into the oil. Deep-fry about 3-4 minutes per side. Remove the crabs from the wok and drain them on a paper towel-lined plate. Serve with Thai sweet chilli sauce.