By Leela on March 11, 2010 in She Braises, She Deglutenizes, She Simmers 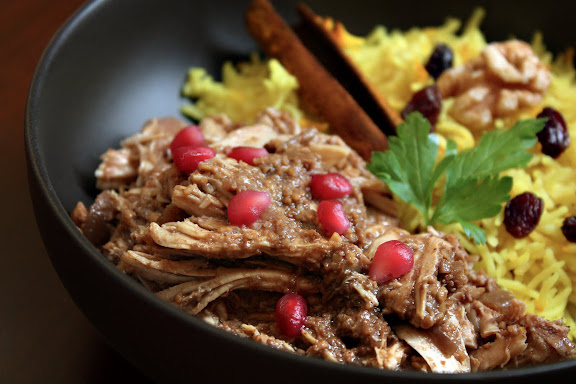 “Have some fesenjan,” my gracious host, Sargon, pointed in the direction of a wet mass of brownness in a ceramic bowl on the buffet table. A brief moment of awkwardness followed. The fact is — in terms of appearance, this thing could only be described as uninteresting at best and unappetizing at worst. Nestled between a platter of colorful assorted vegetables and a bowl of vibrant-colored saffron pilaf, the stew’s lack of aesthetics became even more pronounced which, in turn, made my reluctance to plunge the serving spoon — poised in mid-air — into it more justified.

“It’s good,” Sargon assured me. At that very moment, three things popped into my head: 1. it would be very rude of me to refuse the food which my host was recommending, 2. how awful of me to unfairly judge a stew who had never done anything to hurt me, and 3. doggone it, how many times in your life do you get invited to a Persian/Assyrian Christmas party? Eat up!

The wet brown thing was ladled over the saffron rice on my plate. But the awkwardness remained until I sat down at the table and took a bite of it. And that was when I found out that the previously unidentifiable meat was chicken, that the meat was so tender and the sauce so rich and intensely flavorful, and, lastly, that when it comes to braised/stewed/slow-cooked dishes, it’s the pretty ones that are more likely to fail you. Repentantly, gratefully, and greedily, I finished my portion of fesenjan before going back for more. And more. And a little more.

This Persian pomegranate and walnut stew goes by the official name khoresht fesenjan خورشت فسنجان or oftentimes merely fesenjan فسنجان. The English transliterations, not surprisingly, vary greatly. Depending on the region whence the speaker comes, you get anything from fesenjon or fesenjoon to fesenjaan. According to the classical form, however, the last vowel is supposed to be a long A vowel, so I’m leaning towards ifesenjani and fesenjaanias the most accurate provided that the transliteration fesenjan is understood to have a macron over the a to indicate a long vowel — fesenjān.

Okay, you guys can wake up now. 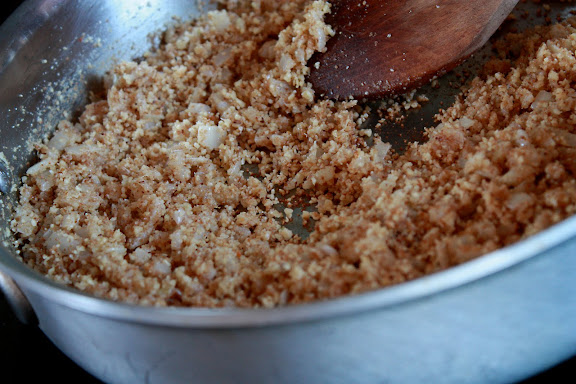 True to form, if I like something, I have to get the recipe. When I’m in that mindset, manners and decorum become irrelevant. I waded through the sea of Persian guests and, with the help of my hosts, Sargon and found his wife a beautiful young lady, who brought the dish. I sat Rubella down on a chair and made her tell me in detail, from start to finish, how she made her fesenjan. Not only did Rubella not punch me in the face, she graciously complied. I get lucky like that all the time. It’s inexplicable. 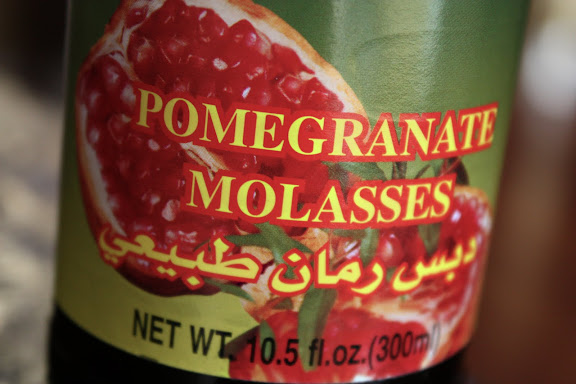 There are many ways to make fesenjan, a dish usually reserved for special occasions. And as is the case with most family dishes, there are several variations. However, according to my research, I would say that the use of pomegranate juice or pomegranate molasses (strictly speaking, pomegranate juice reduction), walnuts, and meat constitutes a proper fesenjan. You can make fesenjan with various cuts of lamb, goat, beef, or chicken. Even ground beef is used in some family recipes. Rubella opts for chicken breast meat. 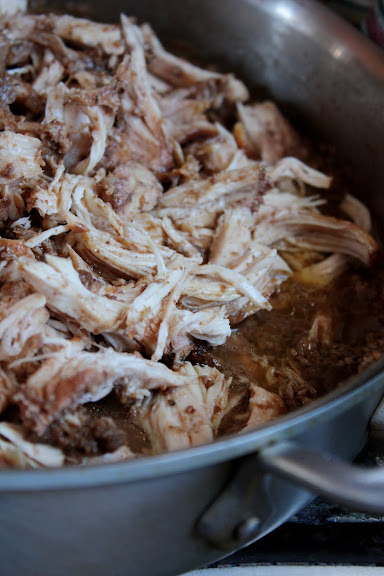 The walnuts are ground up into fine meal and dry-toasted in a skillet until it turns darker in color and releases its aromatic oil. The meat goes in, followed by the pomegranate molasses and water. Seasoned simply with salt and pepper, the meat is simmered, covered, until tender and falling apart. The result is a comforting meat stew that is succulent, mildly sweet, a bit tart, and creamily nutty (if that makes any sense …) all at the same time.

Warm fesenjan over a mound of fragrant saffron rice pilaf is a thing of beauty. Don’t pay attention to the silly woman who wrote the first paragraph. 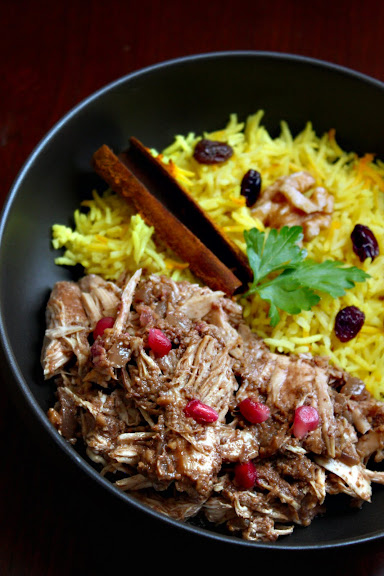