By Leela on March 5, 2010 in She Bakes, She Deglutenizes, She Interviews, She Veges 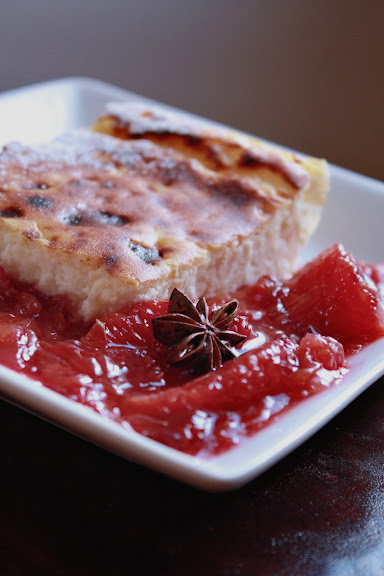 As much as I love blogging, one of the things that come with putting yourself in public is that you get strange things in your mailbox. Every day — and I mean every day — my mailbox is inundated with stolen content notifications, invitations to join a mail-order bride club, offers for a product that’s supposed to enlarge a body part I don’t have, etc. If you catch me in front of the computer muttering and saying bad words under my breath, chances are I’m checking my email.

But interspersed with tooth whitener offers and 24-hour free passes to websites of dubious nature are kind notes from my readers who take the time to tell me how appreciative they are of this little blog. If there’s any truth to a definition of (divine) grace as “an undeserved favor,” well, then I have to say I’ve found myself at the receiving end of grace quite frequently ever since I started blogging 16 months ago. If you catch me in front of the computer flapping my arms, grinning like an idiot, and whimpering with joy, chances are I’m checking my email.

I woke up one morning last November to an email from a reader from Sweden, Mikael Zayenz Lagerkvist, a doctoral student from Sweden, who described himself as “a Swedish guy that a) loves cooking, and b) loves Thai food.” He wrote: “… what I would like to say with this letter is that I found your blog a few weeks ago, and you have truly inspired me to new heights in the kitchen. To date I’ve done Laab Gai with home-made Khao Khua, your peanut sauce, sweet sticky coconut rice with mango, and a coconut-curry based on a recipe from you. All your recipes have turned out wonderful, and I love the Laab Gai (one of my favourite dishes of all time in general). My girlfriend is also really happy that I found your blog, since she gets all sorts of new and wonderful dishes …”

If that doesn’t make one’s day, one is probably dead.

Mikael’s initial email came with some questions and a few requests, so he and I were exchanging emails for a bit after that. Since the closest thing to Sweden I have been to is IKEA, every bit of information about the country, the culture, and the people of Sweden which I’ve learned from my new friend has been truly fascinating.

Of course, we had to talk about food. To my amusement, I’ve learned that the common Thai dish, chicken and cashew stir-fry (ไก่ผัดเม็ดมะม่วงหิมพานต์), has been thoroughly indigenized by the people of Sweden to the point where it has become a Swedish dish in much the same way as how Tikka Masala is a British dish.

But what about the Swedish cuisine? Cloudberries, rhubarb, strawberries, and blue berries are also used quite a bit in Swedish desserts. According to Mikael, waffles with cloudberry jam, rhubarb crumble, and strawberries with milk are all very typical. Swedes are into berries and apparently proud of their local produce. “Swedish strawberries are in season around June, and they are excellent. The cold Swedish climate seems to be perfect to get them really sweet and tasty. I’ve never tasted really good strawberries outside of the Nordic countries,” Mikael said.

Other than the aforementioned berries, Mikael has noticed that, when it comes to dessert, Swedes seem to have a special affiliation for cinnamon, cardamom, almonds, and golden syrup. In an email, Mikael gave me a few detailed examples: