By Leela on April 25, 2010 in She Deglutenizes, She Drizzles and Smears, She Stocks a Thai Pantry, She Thais, She Veges 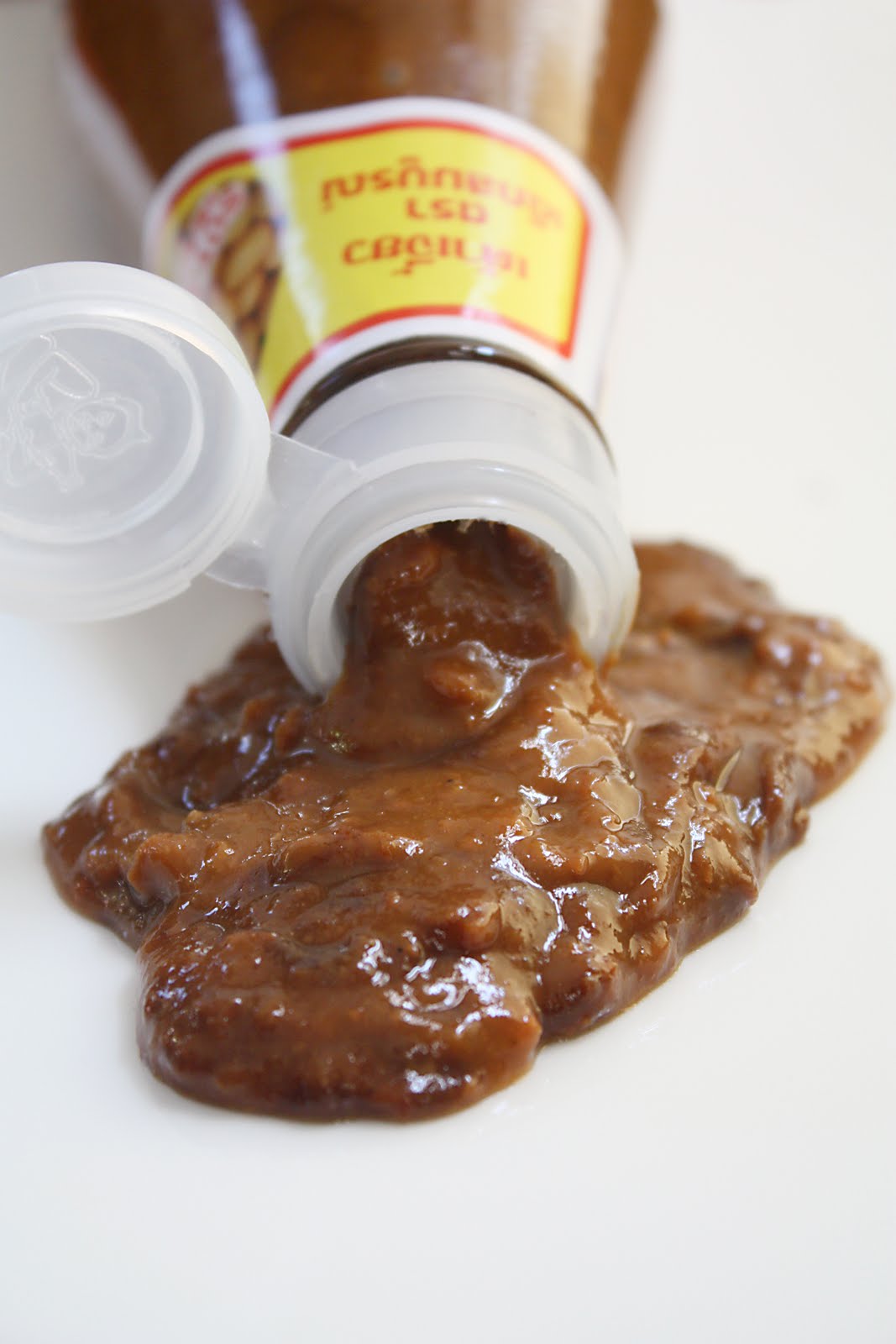 The Thai people sometimes jokingly liken the face of someone who is, mildly put, deficient in aesthetics to various fermented soybean products, the most oft-invoked of which is fermented bean curd (เต้าหู้ยี้). A less frequently-used variation that I can think of (and perhaps have been at the receiving end of such comparison) is this thing presently gracing your screen: salted/fermented soybean paste/sauce.

Why? Well, look at her. Not exactly Helen of Troy.

But don’t be so quick to spurn this gooey brown dame for, oh, she’ll decorate your life in ways you perhaps would never imagine.True, the face of tao-jiao (เต้าเจี้ยว) has better chances of launching a thousand insults than ships, but if you’re a fan of Rad Na, Pad See-Ew, Khao Man Gai, or other Thai dishes with Chinese influence, then this brown, gooey face has surely shown itself on your plate before. The use of tao-jiao in Thai cooking goes far beyond the aforementioned dishes making it a staple in a Thai kitchen. This is why I felt the need to create this post as part of the Stock Your Thai Pantry Series.

Tao-jiao is a popular condiment throughout Southeast Asia. They are used either on their own or mixed with other ingredients such as garlic, chillies, or ginger. The sauce is made from cooked soybeans which have been heavily salted and stored in large jars. Addition of wheat and a fungal starter causes the salted soybeans to ferment over time. The top layer which has turned black in the process of fermentation is removed and discarded at the end. The light brown beans underneath is pasteurized and bottled.

Tao-jiao is very salty, and when a recipe calls for it, you should pay attention to the amount of other salty ingredients which are also to be added to the same dish. I’m sure degrees of saltiness differ among the various brands, but I’ve never done a taste comparison. The only brand I’ve used is Healthy Boy, but it’s mostly because I grew up with that little boy in red onesies holding a bottle on the label and it’s too late to break that bond now.