The Use of Limestone Solution (น้ำปูนใส) in Thai Cooking 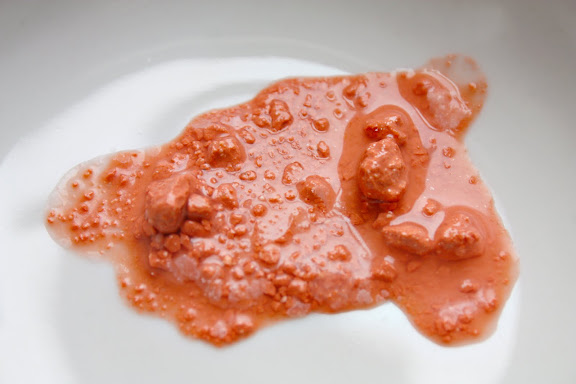 Limestone (more accurately slaked lime) solution is traditionally used in quite a few Thai recipes. The same limestone paste with a curiously pink hue was part of the betel chewing culture in the olden days and, therefore, a household ingredient. Tinted limestone paste (pun daeng or ปูนแดง) is mixed with water and left undisturbed to allow the limestone particles to settle at the bottom thereby creating a clear separation between the limestone itself and the translucent solution. It’s the alkalinity of the clear limestone solution that Thai cooks have used to create enduring crispness in fried batter or pastry/dough as well as firm, crunchy texture in pickled or candied fruits or vegetables. 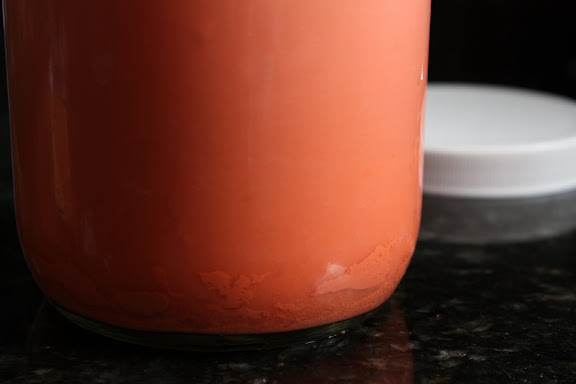 Here are some facts about the kind of limestone used in Thai cooking:
* Limestone solution or limestone water is solution of a chemical compound whose chemical name is Calcium Hydroxide (Ca(OH)2).

* Limestone is made from creating Calcium Oxide (CaO) from Calcium Carbonate (CaCO3) through heat. Calcium Oxide, also known as unslaked lime or quick lime, is dangerous. It needs to be slaked with water first in order to be used in food. Slaked lime after evaporation becomes Calcium Hydroxide, a white powder.

* When this white powder is mixed with a small amount of water, it creates a paste that is used in betel chewing. The pink hue you see in pink limestone paste (ปูนแดง) is derived from an addition of turmeric. Adding turmeric to limestone achieves two things:
1. The acidity of turmeric offsets the alkalinity of limestone making it safer to chew.
2. Betel chewers generally regard the addition of turmeric as an improvement to the taste and fragrance of limestone paste. The pink color, therefore, is only an unintentional byproduct created by the interaction between turmeric and limestone. 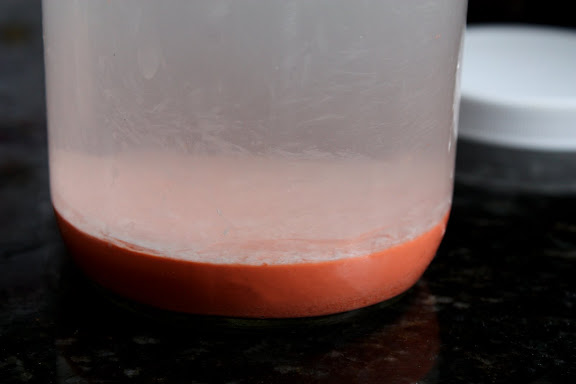 * This means that you can benefit from a solution of water and Calcium Hydroxide in white powder form (food-grade lime) in the same way you would from the pink limestone paste used in Thai cooking (unless your purpose is to chew it instead of using it in a recipe). There’s nothing magical about the pink limestone. The reason some Thai recipes specify pink limestone solution is because that’s the most common form in which Calcium Hydroxide exists in our culture when it comes to cooking.

* The saturation point of limestone solution is 1.5 grams of Calcium Hydroxide per one liter of water.

* If you can get a hold of Thai-style pink limestone paste (available in Thai or Southeast Asian grocery stores, both brick & mortar and online), just mix the paste with enough water to create a saturated limestone solution. What you’ll get first is a pink, cloudy liquid. It should take about 30 minutes for the limestone particles to sink to the bottom of the container. The clear solution is what you use in the recipe.

* Limestone solution prepared this way can be kept in a glass jar, at room temperature, for close to a decade! Once the limestone has lost its potency, you need to add more of either the traditional Thai pink limestone paste or food-grade lime powder to the solution.

* You know when limestone solution has lost its potency when:
1. After a vigorous shake, the limestone particles sink to the bottom immediately. Once shaken, potent limestone is supposed to stay suspended for at least 20 minutesbefore sinking to the bottom.
2. When not in use, limestone solution that is still potent will have tiny white flakes floating on the surface. The absence of these little white flakes means the limestone is no longer suitable to use in the recipe. 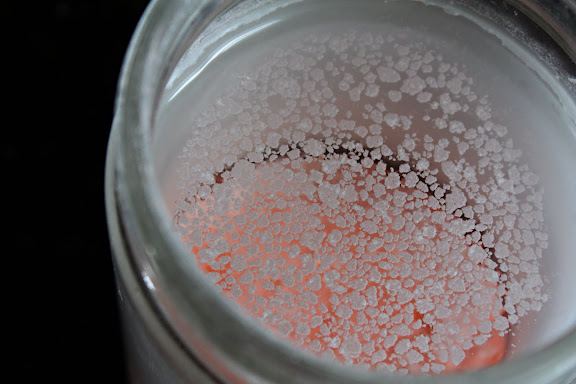 In the past, I have introduced a few batter-fried dishes to you wherein limestone solution would have been used. Instead, a mixture of some form of liquid and baking soda is called for. This is because baking soda, when mixed with water, represents the closest thing to limestone. The two are not interchangeable as baking soda or Sodium Bicarbonate (NaHCO3) does not exactly replicate the effects of limestone, and cannot be used with success in some applications in which limestone solution is used, e.g. pickling liquid. But in the case of batter-fried dishes, baking soda, thanks to its alkalinity, can be used to achieve an acceptable level of the much-desired crispiness and lightness.