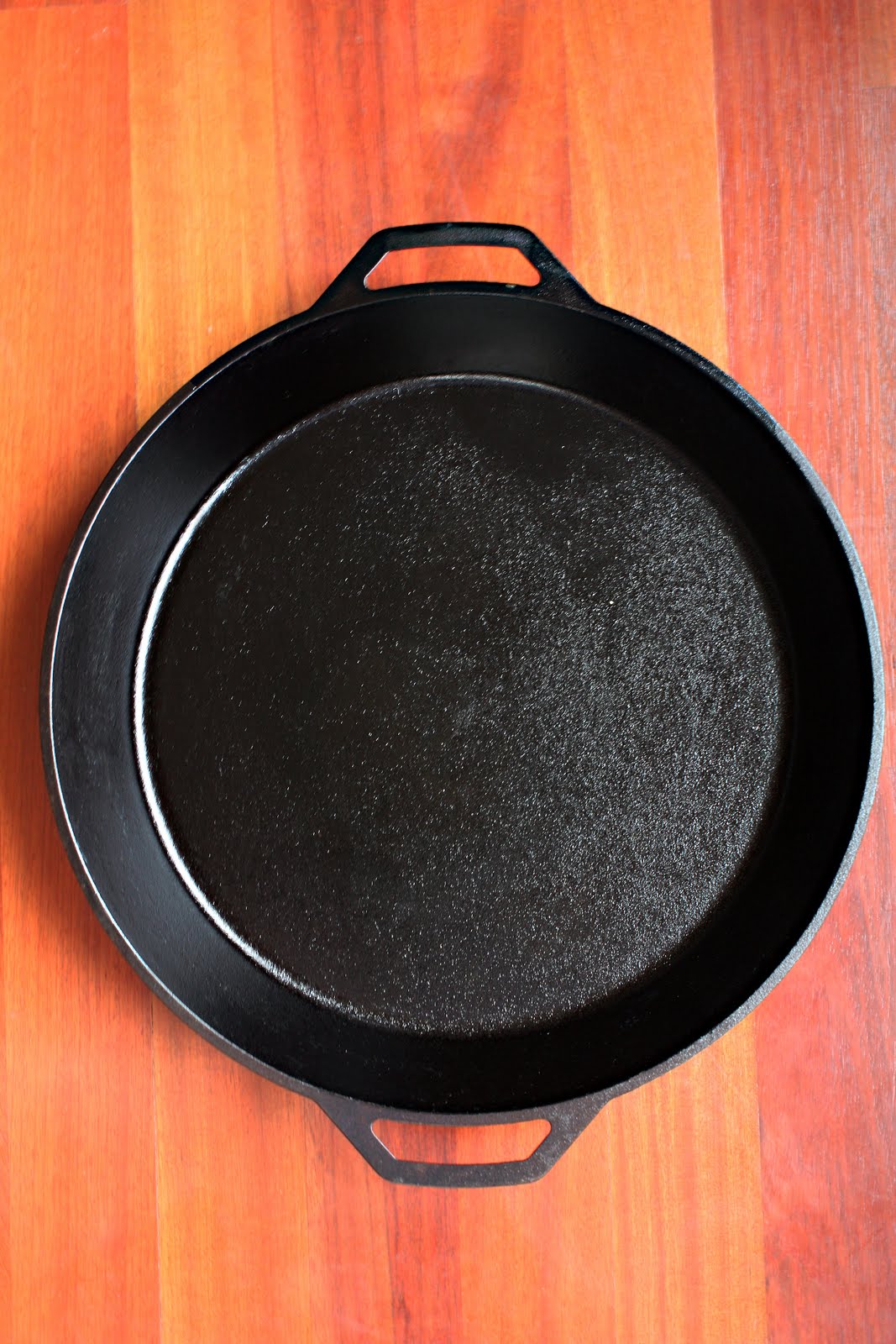 One of the reasons I had not put Pad Thai [1] on this site until now is because I knew it would be a lot of work as there is so much that needs to be said about the dish. Pad Thai, like many true street dishes [2] cannot be adequately explained in one post. It’s a dish that was born out of an interesting era with an interesting history; it’s a dish that may look quick to make but actually requires pretty extensive preparation; it’s a dish that is somewhat picky about the quality of the ingredients that go into it. Unavoidably, this will have to be a series.

However, the first installment of our Pad Thai series has nothing to do with its history, ingredients, or method of preparation. I don’t know what kind of logic I’m operating on, but I’ve decided to commence the series with what in my opinion is the ideal Pad Thai pan. To me, it’s that important.

Those who have been to Thailand may have noticed that vendors whose specialty is Pad Thai oftentimes sell Hoy Tod [3] (หอยทอด mussel pancakes/fritters) also, and that these vendors always use a large, flat carbon steel pan which lends itself well to both dishes.[4] There are reasons for this the most important of which is that a well-seasoned, wide, flat-bottomed pan with short sides makes it harder for you to botch your Pad Thai. This is due to the fact that this type of pan has large surface area which allows for better evaporation. And good evaporation means better chances of you getting the much-loved brown bits and “wok smell” both of which are desirable in stir-fried noodles (cf. my post on Pad See-Ew).

In the case of Pad Thai, the brown bits and wok smell aren’t very important. Nevertheless, good evaporation is key to creating noodle strands that are well-seasoned and entirely cooked through while retaining a bit of chewiness — exactly some of the characteristics of superior Pad Thai. Add too little sauce and the noodles are under-seasoned and dry; add too much sauce and the noodles are over-seasoned and most likely soggy. To produce a good plate of Pad Thai you still need to practice, of course, but a good, wide, flat-bottomed pan makes it much less likely for you to ruin the dish. The sauce gets absorbed and the excess moisture evaporates before it causes the noodles to become too wet and gummy.

A heavy, wide, flat-bottomed paella pan with short rims would work well provided that it’s made of superior material. A traditional steel paella pan or an enameled steel paella pan are definitely not a good choice. A friend of mine loves making Pad Thai in his 17-inch aluminum nonstick paella pan and you can’t persuade him otherwise. However, at a risk of stating the obvious, paella is not a stir-fried noodle dish, and most paella pans aren’t made with dishes like Pad Thai in mind. So if you’d like to go the paella pan route, choose wisely. You want it to have large surface area, great heat retention, an ability to withstand high heat, and a nonstick surface.

But the best pan for Pad Thai which I have ever come across in my entire life is not a paella pan at all; it’s a cast iron pan. Cast iron cookware is rarely, if ever, used in Thailand (in fact, I have never seen it anywhere, and the ones I’ve seen have been brought over from the US), so you just have to try it to see that even though cast iron pans and Pad Thai seem like an odd pair, they work so well together.

One factor that makes a cast iron pan better than any wide and flat pan with short and flared rims is its excellent ability to heat evenly and to retain heat for long periods of time — precisely what a dish like Pad Thai desperately needs. Not any regular paella pans can do this. 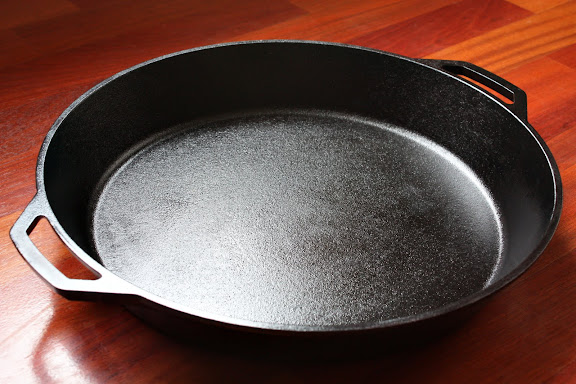 The pan which I’ve used to make Pad Thai with consistently great results is a pre-seasoned 17-inch cast iron pan made by Lodge. With the bottom measuring 14 inches across and the rims standing 2 1/2 inches tall, it gives you enough surface area to make 3-4 servings of Pad Thai at a time — something that, when done in a smaller pan, inevitably leads to noodles that are soggy or stick together. It distributes heat perfectly and sits nicely on any type of stove top including flat ceramic surface.

I’ve recently discovered this pan and fell head over heels in love with it. This pan is great for Pad Thai, Pad See-Ew, Hoy Tod, and other stir-fried or pan-fried Thai street dishes. The pan performs so excellently and is so versatile that I don’t even mind the fact that it’s painfully huge and heavy. Also, the pan comes pre-seasoned, so it’s ready to be used right away. As a safety measure, I went ahead and seasoned it with coconut oil anyway. To my delight, the seasoning has withstood batch after batch of Pad Thai even with the acidic tamarind pulp in the sauce.

I love this pan to bits.

I know it took me nearly three years to finally blog about Pad Thai, but, you see, I really want you to make it and to make it successfully.

1 The official transliteration of ผัดไทย is phat thai.
2 More on the subject of “true street food” in another post, another time.
3 The official transliteration of หอยทอด is hoi thot.
4 Not all Pad Thai vendors sell Hoy Tod, though, and certainly not all of them use a flat pan. However, based on my observation, Pad Thai made by vendors that limit their repertoire to only Pad Thai or Pad Thai and Hoy Tod is almost always anything from good to excellent. One easy way to spot a mediocre Pad Thai vendor is when Pad Thai is one of the many dishes on offer at the same stall. Excellent Pad Thai makers almost always sell nothing but Pad Thai and sometimes Pad Thai and Hoy Tod. This is true to my experience, although I’m sure some exceptions do exist. Without input from the locals, it’s very possible that one could travel across the oceans to Thailand in search of a good plate of Pad Thai just to end up at a really atrocious street food stall and with some really sad Pad Thai.

34 Responses to Pad Thai Recipe (ผัดไทย) – Part One: The Pan