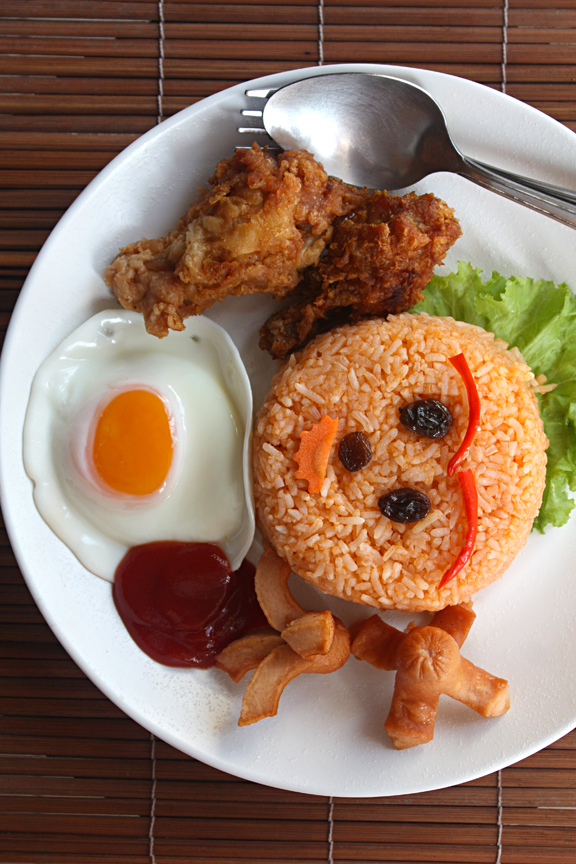 Interestingly enough, the day I made this fried rice was the day Time magazine published this report. For those who don’t want to follow the link to the article, here’s my synopsis. An Israeli scholar, Rachel Elior, has proposed that the Qumran documents, aka the Dead Sea Scrolls, weren’t authored or copied by a religious group called the Essenes as traditionally believed.

According to Elior, both internal and external evidence points to the fact that the Essenes never existed. And since it’s inconvenient at best and impossible at worst for someone to write something unless they, well, exist, some theorists maintain that the group, famous for their ascetic lifestyle and extensive rules governing their bathroom rituals, could not have been responsible for the production of the Qumran documents.

The theory of the Dead Sea Scrolls not being the works of the Essenes is by no means new. Some scholars, in addition to Elior, have ardently argued against the Essenic authorship since the time the documents were discovered. So I find it a bit amusing to see people in recent weeks jumping to a non sequitur conclusion that in light of the uncertainties surrounding the authorship of the Dead Sea Scrolls, the documents must be fraudulent. First of all, Elior’s theory is just that, a theory, and by no means without opposition.

Also, the lack of certainty regarding the authorship does not at all translate into the loss of the documents’ immense historical significance. It’s the Essenic authorship theory as well as other studies built upon that theory that are being questioned, not the antiquity or authenticity of the documents themselves. The Dead Sea Scrolls are still works of antiquity containing the only known surviving copies of the Hebrew religious texts dated to the second century BC. In light of this, the question should be, “Who, then, wrote these documents?” not, “Okay, so how do we dispose of this worthless fraudulent junk?” These documents are still priceless regardless of who wrote them; they’re still worth studying. In my opinion, now that the long-held theory has been more vehemently challenged, things are only getting to be more fun.

By the way, you are indeed on a cooking website. 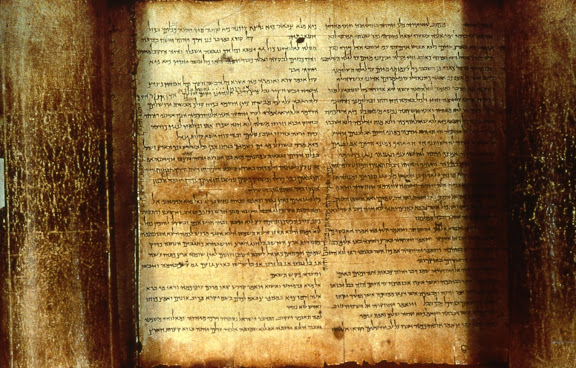 Moving on to, believe it or not, a somewhat related topic — you know how restaurants often put Tater Tots, Mac & Cheese, and chicken nuggets on kids’ menus here in the US. In Thailand, American Fried Rice (ข้าวผัดอเมริกัน) was like one of those kids-friendly dishes which I, as a wee Bangkokian, ate quite a bit of.

If you’re an American and wondering what in the world American fried rice is, there’s nothing wrong with you. American Fried Rice is a Thai invention which is rarely found outside of Thailand. It should have been obvious to me, but I didn’t know this when I was a kid. I found out soon enough, though. But in my defense, how the heck would I have known this wasn’t American? You’re a kid. They put something called American fried rice in front you, you wouldn’t think that it’s anything but American. I mean, they put something called Lithuanian fried rice in front of you, you’d assume it’s from Lithuania too.

As far as I know, the story of its genesis has never been penned and canonized, so nobody really knows for sure. Many dubious sources state that American Fried Rice was invented in Thailand by the locals during the Vietnam War when a few areas in the country were temporary homes to a large number of US military personnel. A couple of 8-year-olds could have thought it up for all I know. But since silence is awkward, I decided to come up with a story which, though hovers between apocryphal and downright heretical, doesn’t seem entirely implausible. It goes thus.

Three cooks were having a little pow-wow on how to concoct a dish that would cater to the needs of the American clientele many of whom, they noticed, walked around with an imaginary 10-foot pole with which they would not touch the local favorite fermented fish dips. Day 1, the three cooks conferred amongst themselves and determined that the most cost-effective way to create this new dish would be to combine “American” ingredients with the most prominent and the cheapest local crop. It wasn’t until Day 2 when they came to realize that this was a no-brainer. Rice, of course.

Day 3, Cook A asked the group to identify what it was that Americans liked to eat a lot. Chicken, said Cook B. He didn’t waste any time coming up with that answer. Cook C nodded slowly in agreement, sharing to the group his observation that the ones he’d met seemed to think everything tasted like chicken. On Day 4, the group then decided on chicken. Not just chicken. Fried chicken.

Eggs, blurted out Cook B as Day 5 came to a close. Fried eggs, sunny-side up. And ham. Good thinking. What else? Hot dogs! Yes! What kind of sauce do they like? The cooks all agreed that while the Americans thought nam pla was disgusting, they — at least the ones they’d met — practically drowned their foods in the super sweet tomato sauce called ketchup. Let’s give them that. On Day 6, they decided, for texture and a little something-something, the shriveled-up grapes, called raisins, which Americans seemed to like so much should also be added. And with that, the prototype was created. 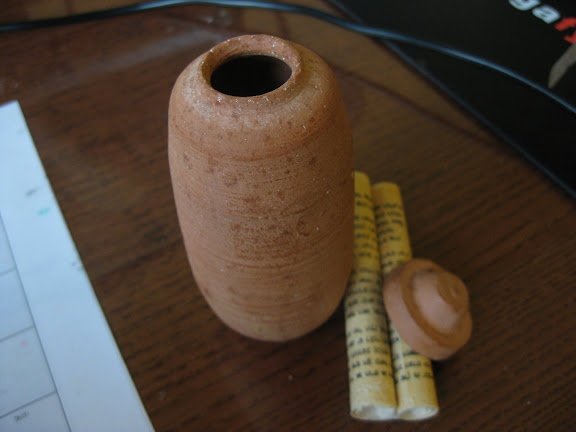 Gleeful, the three cooks gave each other a Thai equivalent of the American congratulatory fist bump, which is to say they did nothing (for, you see, we don’t have anything equivalent to a fist bump). The finished dish comprised a big scoop of raisin-studded and ketchup-flavored fried rice with a fried egg perched on top, a fried chicken drumstick, pan-seared ham slices, hot dog “blossoms” (because the Thai people have a tendency to turn everything into flowers be it cookies or fruits and vegetables), and some vegetable garnish.

The three cooks beheld their creation and they saw that it was good. They spent Day 7 resting.

Fine. So I don’t really know how the dish got started. But other than the well-established theory regarding the place of origin, I doubt that anybody really knows how or by whom the dish was invented. There are those who purport to know, but until they can produce satisfactory evidence backing up their theories, their claims remain unsubstantiated.

No matter. Just as the mysterious origin of the Dead Sea Scrolls doesn’t diminish the value of the documents, the uncertainties surrounding the origin of American Fried Rice do not keep me from making and eating the dish from time to time. I know we’re talking about ketchup-flavored rice with an eclectic set of proteins here, but you know what it’s like. There are certain childhood flavors that your palate, try as it may, can never outgrow.

American Fried Rice in all its variations has been popular among Bangkokians for a few decades now (they don’t seem to be popular among American expats, however—at least the ones I know). The reason is uncomplicated: it tastes good. And though there have recently been reports of loopy restaurateurs adding Mounds or Almond Joy to the already eclectic mix in a misguided attempt to “improve” upon the original, the general appearance of the dish for the most part has been miraculously preserved since its inception.

That said, my gut feeling is that the invention of American Fried Rice has nothing to do with Americans GIs in Thailand during the Vietnam War at all; otherwise we would have seen much more of it in the northeastern region where the American troops were stationed. But, no, this dish is—it’s always been—very much a thing, very much tied to Bangkok. Family restaurants in the 70s all served it; some still do. Even today you can’t walk into a prepared food section of a supermarket without seeing at least a package of it.

Here’s an alternate story (which makes more sense to me): a restaurant in Bangkok wanted to repurpose an oversupply of Western luncheon meats, condiments, and eggs, and, lo and behold, an American-style fried rice was born—all done in one calendar, 24-hour day. Bangkokians saw it and pronounced it good. The end. 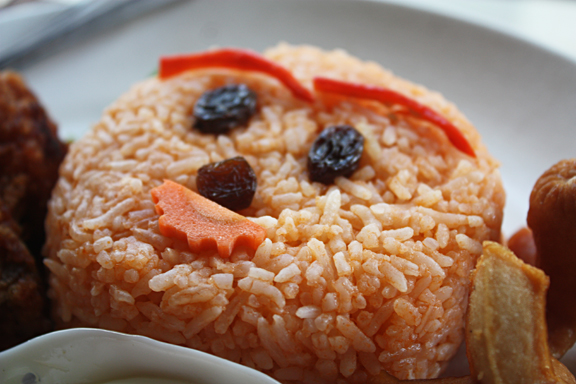