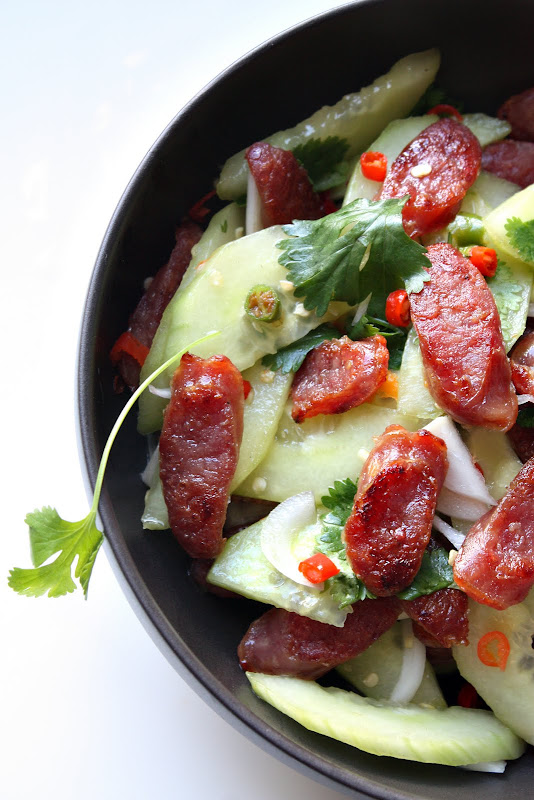 Dried Chinese sausage (aka lap cheong or lap chong), which the Thai call kun chiang (กุนเชียง), is widely used in Thai cuisine. It was also a staple in our house.

When I was a kid, my nanny would cut a few links of kun chiang into thin diagonal slices and saute them in a pan just to crisp up the outsides. A portion of glistening, perfectly seared pieces of aromatic dried sausage would then go on top of steamed Jasmine rice followed by a couple of glugs of Maggi sauce.

That was usually how my nanny got me to wear a skirt from time to time or sit still long enough for her to braid or curl my hair in an attempt to turn little Leela into something that vaguely resembled a girl. 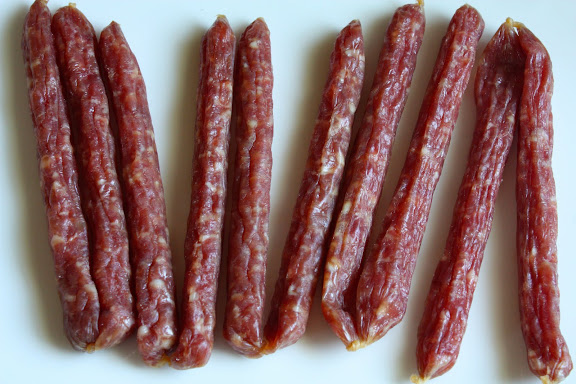 As for the rest of the seared kun chiang pieces, she would turn them into a simple spicy salad, Yam Kun Chiang (ยำกุนเชียง), for the older members of the family. The salad has been a favorite in our family for many years. It can be eaten by itself as a first course. It’s also great as an entrée served with rice or plain rice porridge. For my grandfather, kun chiang salad and a glass of frosty cold Singha beer form a celestial match. I’ve been known to put Yam Kun Chiang inside a split baguette and eat it like a Banh Mi sandwich. 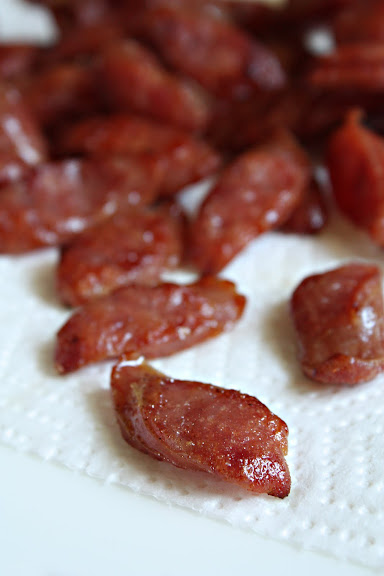 This salad couldn’t be simpler to make. The only part that takes any effort at all would be searing the sausage pieces. Kun Chiang is both sweet and fatty; care needs to be taken in making sure that the sausage is not over-caramelized or over-crisped. 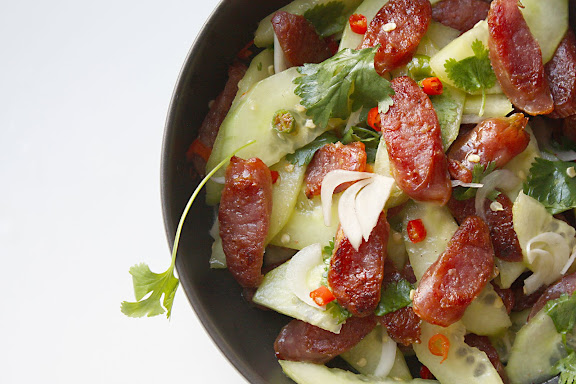