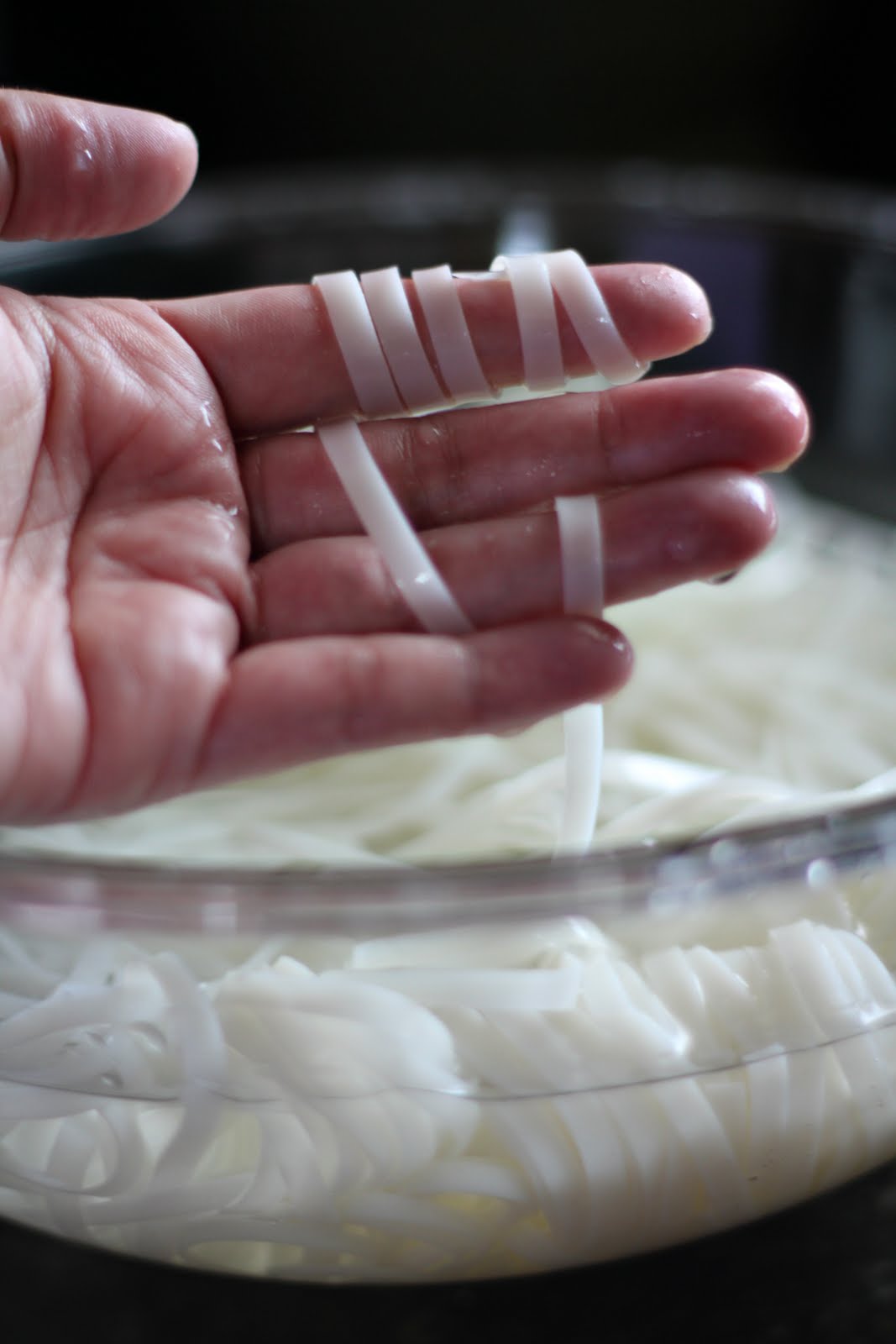 The noodles are soft enough when they can be twirled around your fingers without breaking
Different people use different yardsticks to measure the quality of Pad Thai. For me, the noodles represent that which makes or breaks this dish. True, the noodles alone don’t make a good plate of Pad Thai, but they do form the bulk of it. And when the noodles are badly cooked, they invariably drag everything down with them. In light of this, a post focusing on nothing but this ingredient is, in my opinion, entirely justified.

Many people place the highest importance on the seasonings. Pad Thai seasoned with ketchup? Blasphemy, they cry. Well, it’s not that I disagree with that. It’s just that, personally, if better choices aren’t available, I would choose ketchup-flavored Pad Thai with properly cooked noodles over perfectly-seasoned Pad Thai with mushy, gummy noodles any day.

As saddening as Pad Thai seasoned with ketchup or Pad Thai that is badly seasoned is, more so is Pad Thai with overcooked and soggy noodles. When that happens, there’s little, if anything, you can do to fix it. You can sometimes resuscitate Pad Thai with tough and undercooked noodles by moistening it with a little water, covering it with plastic wrap, and giving it a minute or two in the microwave. If the flavor of your Pad Thai is off, you can still adjust the seasoning after it has left the pan. Missing ingredients? I wouldn’t consider that the end of the world.

But if the noodles are wet, gummy, and mushy — it doesn’t even matter if you get everything else right — it’s game over. That plate of Pad Thai has left this world and gone where there is weeping and gnashing of teeth. Nothing can be done to bring it back. 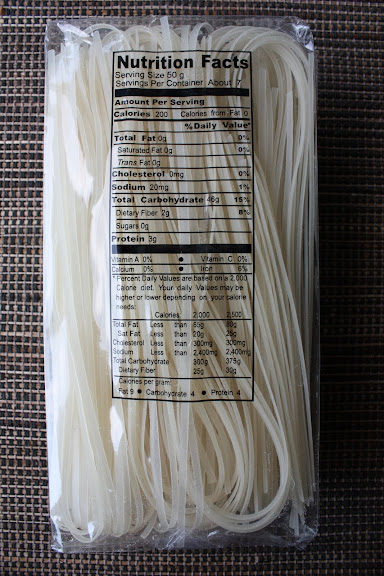 Dried rice noodles come in different widths, but they’re always flat.
The first step towards keeping that from happening is to start with the right kind of noodles. Just because it says “rice noodles” or “rice sticks” on the package doesn’t mean you’re in the clear. These terms are used so broadly to refer to various types of Asian rice noodles (that are wildly different from each other and not at all interchangeable) that they’re almost meaningless.

The noodles that are traditionally used in Pad Thai are thin and flat rice noodles, Sen Lek (เส้นเล็ก), that are sold dried most of the time. In Thailand, respectable Pad Thai vendors always use Sen Lek that comes from Chanthaburi province or at least ones that are made according to that tradition (and they often advertise that on their shop signs). Chanthaburi noodles are made from freshly-milled rice flour and still dried out in the sun the old-fashioned way (as opposed to machine-dried). They cook up nice and chewy, and that’s one of the marks of superior Pad Thai.

However, this doesn’t mean that if you can’t get a hold of noodles from Chanthaburi, you’re doomed. As long as you go for the rice noodles that are thin and flat, preferably made in Thailand, you’re okay. Make sure the noodle strands aren’t round, though, as those are entirely different from Pad Thai noodles. These noodles are always flat. 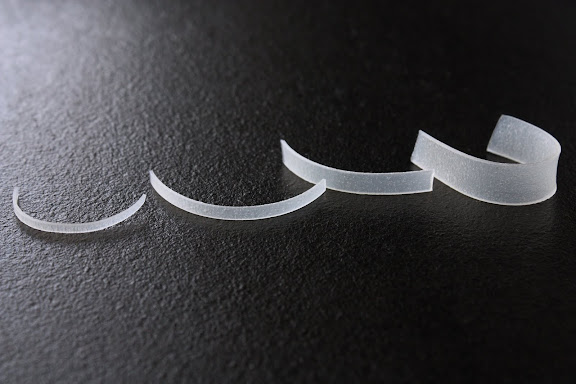 Some brands use the t-shirt sizing system on their rice noodles: small, medium, large, and extra-large. Shown here are dried rice noodles measuring 2 millimeters (S), 3 millimeters (M), 5 millimeters (L), and 9 millimeters (XL) in width. Your Pad Thai noodles should be either 3 or 5 millimeters in width. You have better chances of achieving noodles that are cooked through yet still retain the much-loved chewiness with narrower noodles. (Added 01-12-17: If you use anything wider than 5 millimeters, the soaking method won’t apply; you’ll need to boil them in lots of water like pasta.)

To prepare dried noodles for Pad Thai, simply soak them in room temperature water until the noodles are pliable yet firm. When you bite off a piece, it should be chewable yet feel unpleasant to eat. [The soaking time varies depending on the width of the noodles. For 3-millimeter-wide noodles, 20-30 minutes of soaking in room temperature water should suffice; for anything wider than that, increase the soaking time accordingly. You know the noodles are ready when they’re soft enough for you to twirl them around your fingers without breaking the strands (see picture above).] Then drain the noodles well and set them aside.

I strongly recommend against blanching the noodles prior to stir-frying. These rice noodles release tons of starch in hot water, and, as we all know, hot water + starch = glue. Blanching your rice noodles is a most guaranteed way of getting your Pad Thai noodles to clump up. (No respectable Pad Thai vendors have a pot of boiling water next to their pan for the purpose of par-boiling their noodles before frying.) The best method is to cook your pre-soaked noodles in a pan wherein the stickiness of any released starch will be offset by the presence of the oil.