By Leela on August 5, 2011 in She Deglutenizes, She Drizzles and Smears, She Fries, She Thais 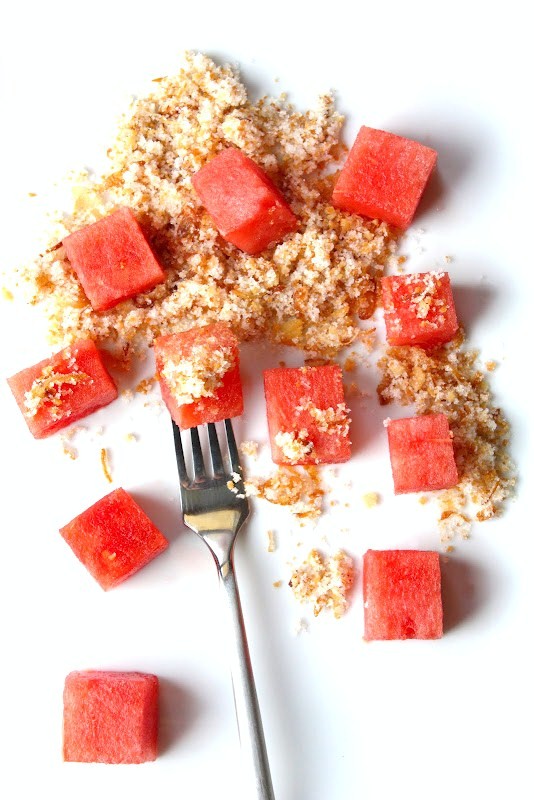 The image of fresh watermelon chunks thoroughly speckled with a sugary dip of dried fish flakes and crispy shallots probably won’t make many people salivate. That’s completely understandable. But for the readers who grew up eating this — one of the most sublime Thai snacks ever invented, in my opinion — I hope they’re at once both salivating and filled with sweet nostalgia like I am.

Dried fish and watermelon? Sweet nostalgia? I know, I know. I wasn’t quite sure myself how to convince the skeptics how well the two go together. But I’m going to try my very best. I may fail miserably. But that won’t hurt me; not trying, on the other hand, definitely will. 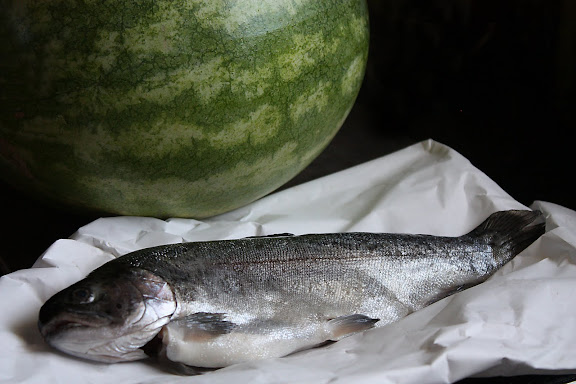 The combining of savory and sweet elements is by no means new or unique to any one cuisine. And I’m talking about traditional dishes which have been around for a long time, not the newly-invented novelties such as prosciutto ice cream or bacon-studded chocolate. Think of the dishes in your native cuisine, and you’ll most likely find quite a few pairings as unusual as this — or perhaps even more unusual. You just don’t think of those dishes as abominable, because you’re used to them. Those who didn’t grow up eating those dishes, on the other hand, look at them differently.

For example, I had never seen candied yams and marshmallows sharing the plate with roasted poultry until my very first American thanksgiving dinner. Yet, I’m sure to most Americans, and myself these days, this is neither strange nor disgusting.

So when I’m introducing watermelon and trout, I’m hoping you won’t be aiming your shoes at my head. 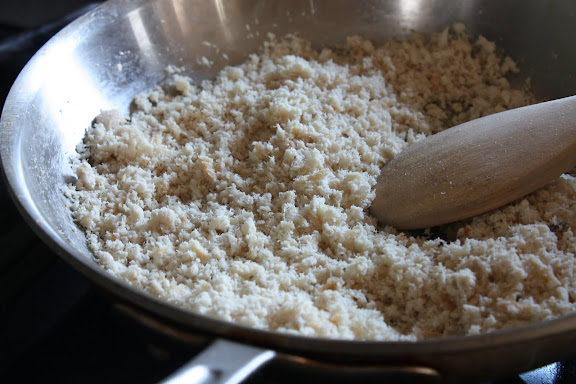 When done right, this sandy dip doesn’t taste or smell fishy at all. Yet, you would definitely taste the slightly-toasty savoriness of the fish along with the sugar. And if you think there’s a chasm between the two, you’d be pleased to know that it’s very effectively bridged by the crispy, caramelized shallots.

This and the cool, refreshing watermelon are made for each other. The Thai name of this dish, which literally means “dried fish watermelon,” implies that the two elements are inseparable and that the dip isn’t meant to accompany any other fruit. (Added August 5th: I’m thinking, though, that this dip would also go well with fresh pineapple, cantaloupe, and honeydew melon.) 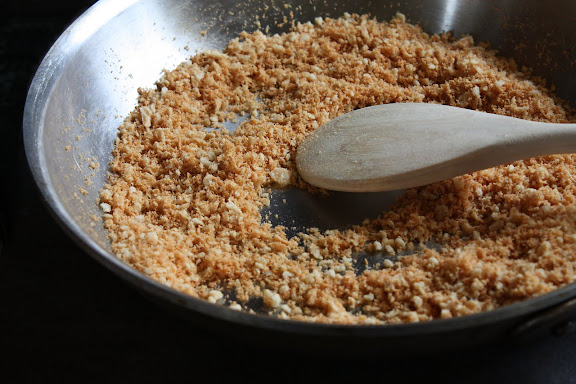 Traditionally, dried or sun-dried fresh water fish — most commonly snake head fish (Pla Chon ปลาช่อน) — is used to make this dip. However, since commercial dried fishes at Asian markets vary so greatly in quality and types and since I can’t find quality snake head fish where I am, I always make the dip with fresh trout, possibly the closest thing to Pla Chon. (I always use trout in Thai sour curry as well.) It’s a bit more work, but you have more control of the outcome that way. 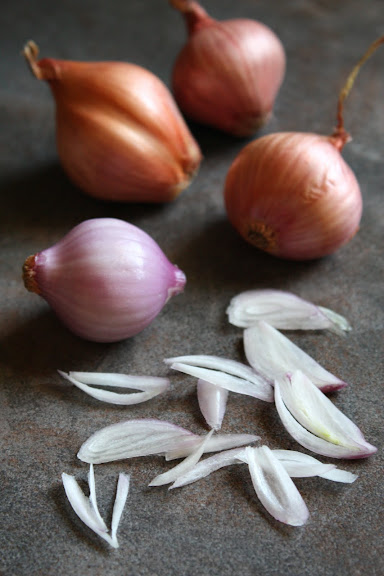 I usually buy a whole trout which has been gutted and cleaned. Then I steam it whole, skin and all, on a heatproof plate covered with a piece of plastic wrap. This can even be done in a microwave.

The rest is pretty easy. The only time-consuming stage is the dry-toasting of the steamed fish flakes in a skillet. You’ll have to stand by the stove, toasting the fish slowly until each and every flake is thoroughly dried, golden brown, and crunchy. It’s the part where you can’t rush. 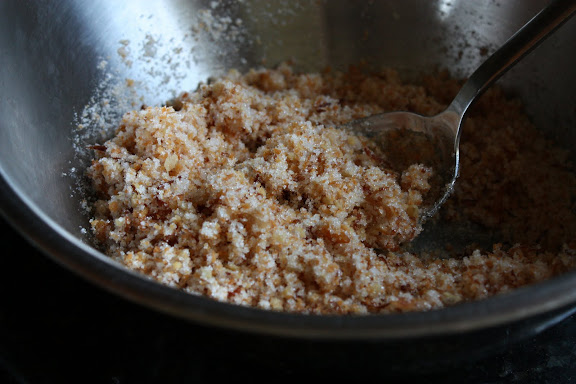