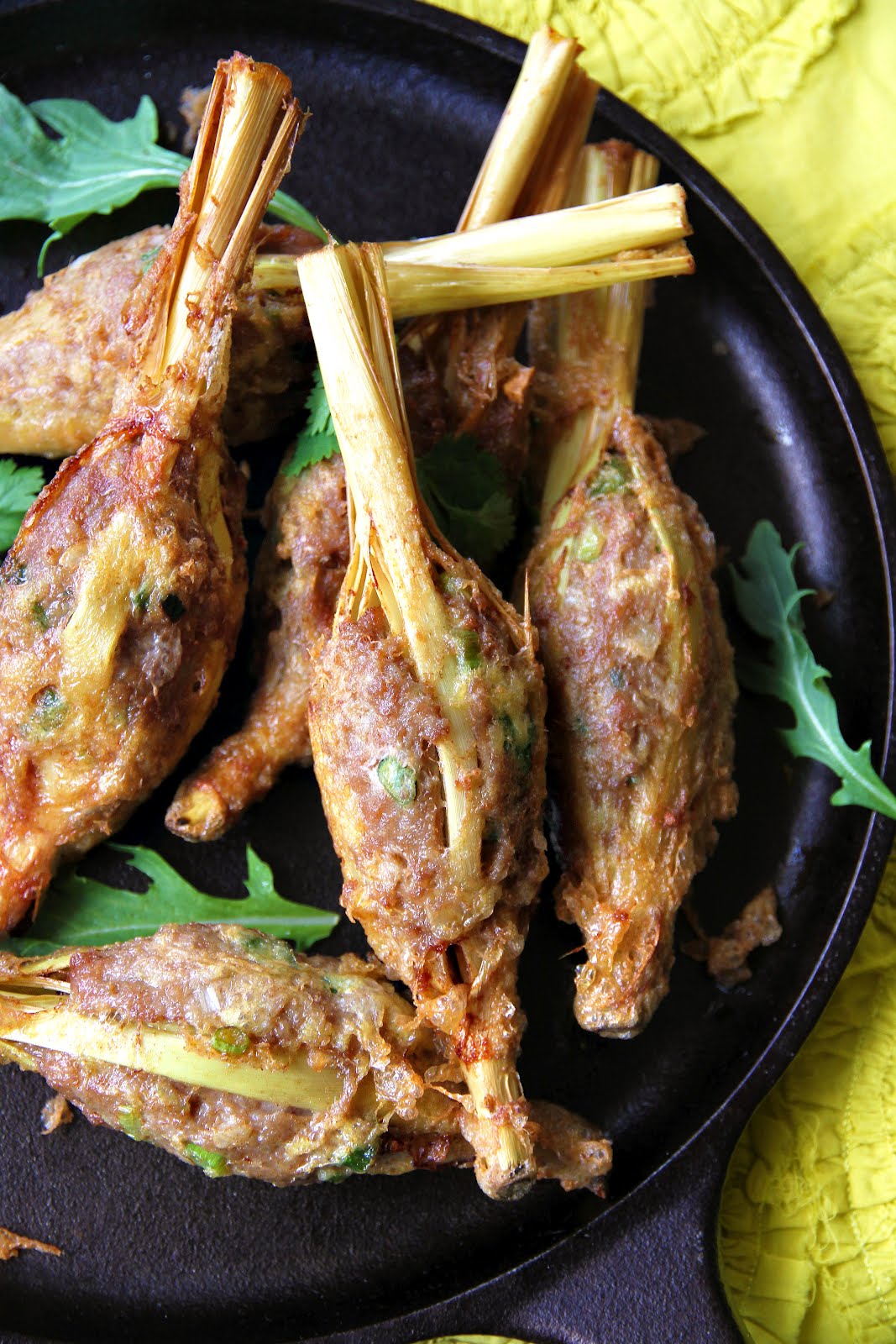 I’d been meaning to educate myself more seriously on the cuisine of Laos since I started blogging a little over three years ago. And the book, Traditional Recipes of Laos, which is a compilation of handwritten recipes by Phia Sing Chaloensilp (circa 1898-1967), a former chef at the royal palace of Luang Prabang, had been on my wish list for a long time. Then I recently found out that while I’d been allowing things to get in the way of me buying and cooking from the book, a publisher in Thailand has come up with a Thai version based on both the English and the original Lao texts.

Sweet. (Easier to understand. After all, me no speak English so good.)

With the Thai version of the book in my possession, I’ve been making Phia Sing’s recipes for a few weeks now. And so far, Ua Si Khai (Oo-ah See Kye), literally stuffed lemongrass, is one of my favorites. It was also the first recipe I tried out. 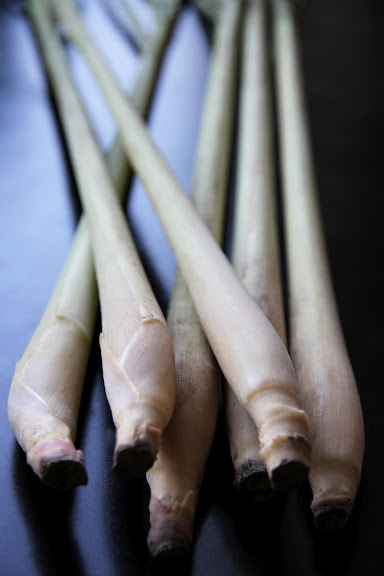 Phia Sing’s recipes seem to have been written with the assumption that the end users have already been familiar with the basics of Lao cooking. But I wouldn’t let that be a problem. For one thing, though the equipments and terminology employed in various cuisines may be different, the physics of cooking is universal and cooking itself is instinctive. Besides, the lack of precision or clarity can be viewed as an invitation to improvise and adjust things to suit one’s taste. The ultra-traditional, almost to the point of being archaic, cooking methods employed in the recipe also require some creative solutions in a modern kitchen.

And that’s exactly what I did. 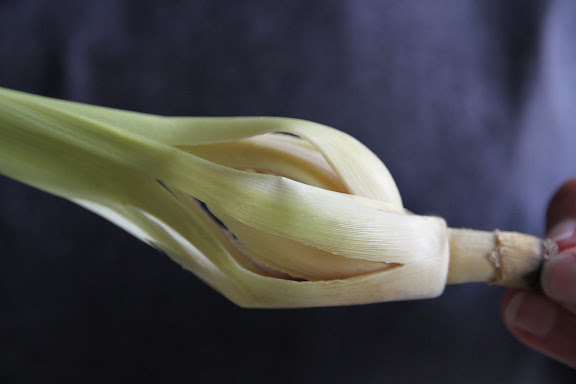 For example, Phia Sing’s recipe calls for “a piece of pork the size of your palm” which is to be chopped up finely (meaning you need to do this on a chopping block with a large cleaver); I just use ground pork from the supermarket. The recipe tells you to mash up some shallots in a mortar and mix them into the meat; I replace the shallots with finely-chopped green onions and add a few cloves of garlic which is an ingredient not found in the original recipe. The recipe also tells you to cook lemongrass stalks in ashy coals until pliable enough to manipulate; I steam them in a microwave. The recipe instructs you to make several fine cuts on the lemongrass stalks with a needle; I make only 6-7 cuts with the tip of my paring knife. Lastly, the recipe specifies that the stuffed lemongrass stalks be wrapped in banana leaves, grilled over coals, and cooled before you deep-fry them; I skip this step entirely.

I took the easy way out not out of disrespect but necessity. Forgive me. But if my wayward ways appeal to you, feel free to do what this baddie has done. 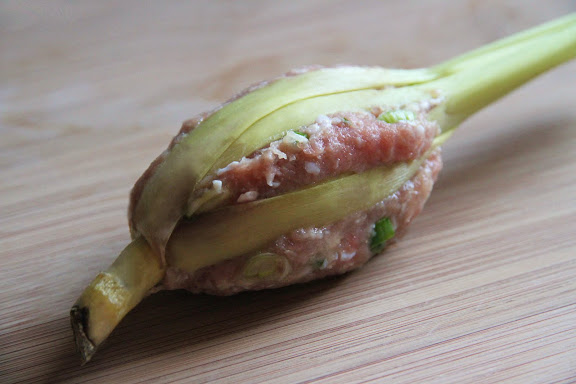 I love that Phia Sing’s Ua Si Khai recipe is seasoned very, very simply. There are no strong herbs such as kaffir lime leaves, basil, or mint involved. This allows the assertive-but-not-at-all-aggressive scent of the lemongrass to come through loud and clear. After all, isn’t this the whole idea behind the dish?

This is also the reason why I don’t feel compelled to serve it with any strong-flavored dipping sauce. Ua Si Khai needs no further adornment. 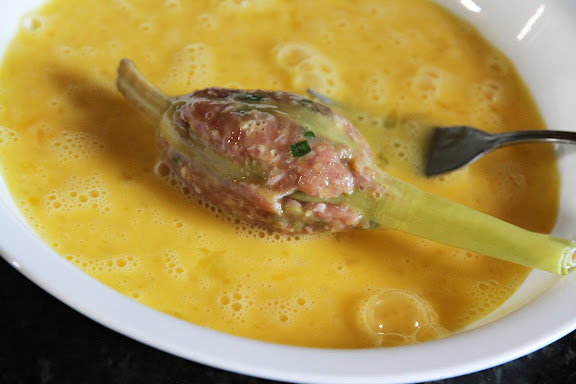 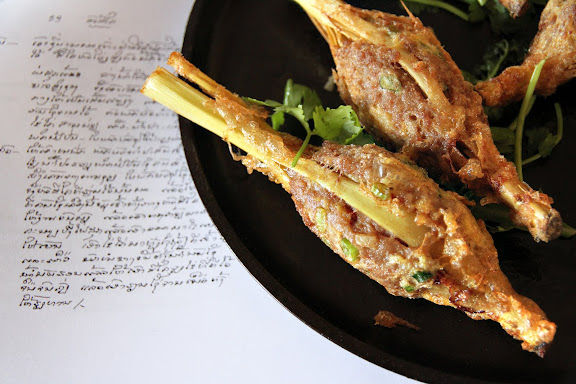