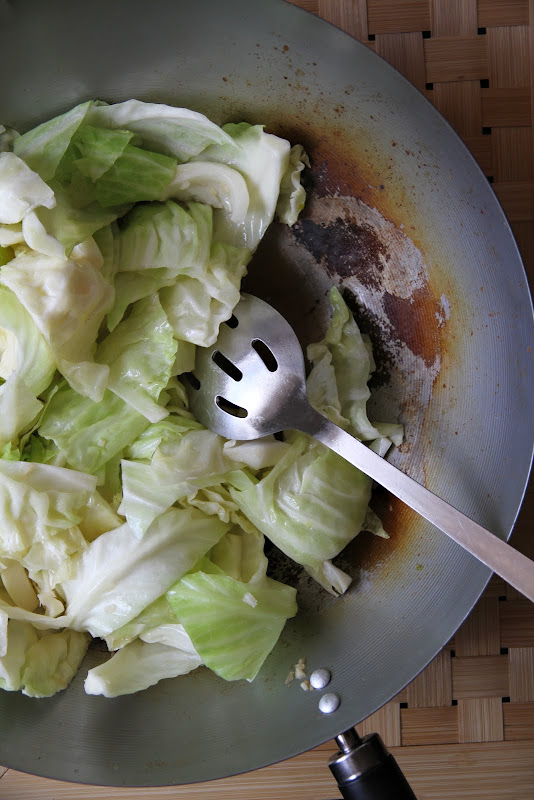 I recently got into a healthy habit of dedicating every late afternoon during my visit home to power-walking inside Lumpini Park, the Bangkokian smaller (and hia-infested) equivalent of Central Park, with my best friend T and his girlfriend K. It’s funny how regardless of whatever we discuss while huffing and puffing (mostly on my part), the conversation inevitably slithers into fooddom; I guess that’s bound to happen when people who are deeply interested in food get together. The idea for this post, for example, was generated by K during one of our breathless, sweaty walks.

We had just finished discussing Kaeng Som when T’s eyes wandered towards our favorite young coconut vendor1 just outside the park gate and K brought up something I thought was interesting: fish sauce stir-fries.

“Can you believe it?” said K. “Stir-fried vegetables with fish sauce are making a comeback.”

Not among the type of people who order home-style stir-fried vegetables when eating out, I hadn’t noticed the trend. But K’s right: the down-home dish that we grew up with, the one we’ve taken for granted and abandoned for the more complex version of the same thing, is back. And if the current going menu prices mean anything, it’s back with a vengeance — screaming, “I’m not gonna be ignored!” in the style of Glenn Close’s character in Fatal Attraction. 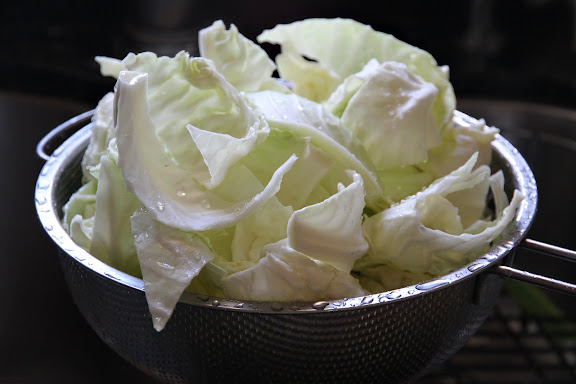 With K’s home life growing up pretty similar to mine, we both are puzzled by this unlikely phenomenon of a dish being elevated to a height it had never before seen — not that it’s a bad thing.

You see, until recently, this is the type of dishes that are usually found at home or rice-curry shops (and school cafeterias) all over Bangkok which typically offer home-style dishes that people don’t want/have no time/don’t know how to make at home. A stir-fry of “lowly” vegetable like cabbage flavored simply with nothing but fish sauce has never been a fancy restaurant or posh café thing. In fact, if you went to a high-brow Chinese restaurant, a lao (เหลา), back in the days, you’d often get the kind of Thai-Chinese stir-fries that feature sauces similar to Bruno.

I can testify to this; I grew up in the era when every flippin’ thing stir-fried Chinese-style with oyster sauce was so special and something worth going to a restaurant for, whereas simple stir-fries with fish sauce were, as you Americans like to say, nothing to write home about. This could be because — to take the expression a bit too literally — it’s kind of awkward to write home about something you normally find at home.

But for those of you who didn’t grow up eating this at home for breakfast (yes), lunch, and dinner, this is something you definitely want to write home about. Employing only four ingredients (water doesn’t count) — five if you want to add some meat to it — this stir-fry is as simple as it is nourishing. Before you write it off as too ordinary, give this a try. Serve this with rice and have a little bowl of nampla prik nearby.

There are more things that have come up during my conversations with T and K. I’ll report them to you in due time. 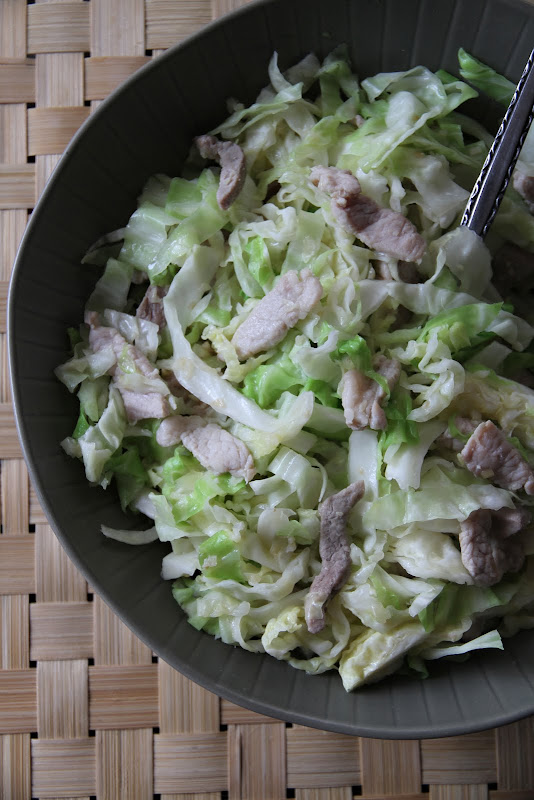