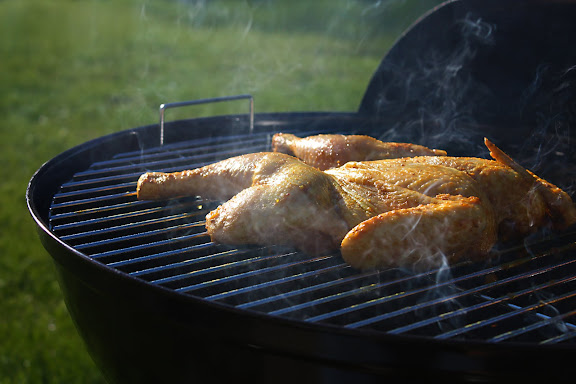 All traceable records show that both sides of my family, with the exception of a few ancestors who were assigned to remote posts, have lived in Bangkok since the city was established 228 years ago. Everybody in my immediate family is from Bangkok and our lives have revolved around this city, small in area but dense in population, since — I don’t know — forever.

Our affection for southern things, in light of all this, is quite perplexing. 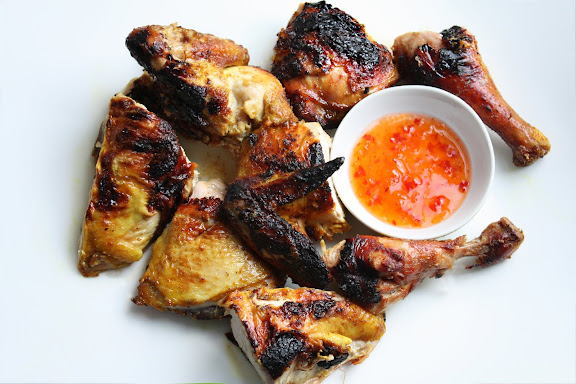 When I was growing up, each time we got together for a family potluck-type party, pretty much every adult member of the clan had his or her own signature dishes which we would expect at the party. Southern dishes were always included among the stars of the show (and some of the first to get devoured). I can’t recall why we like southern things so much in our family. But that’s not a complaint. Southern Thai food is delicious. Many dishes are too fiery hot for me, but all are very good.

One of my aunts would bring to these parties a huge pot of her southern fish-based vegetable curry (แกงไตปลา) made with fermented fish innards (ไตปลา), a specialty ingredient from the South. It is fiery hot and full of bold flavors. Her version, to this day, has remained unrivaled. Where and how she learned to make it, I never know.

Catching a whiff of the news of her cousin’s plan, my mom, in the spirit of friendly competition, would pull out her big gun — southern rice salad with southern fish sauce-based dressing (ข้าวยำ or, to be a bit redundant, ข้าวยำปักษ์ใต้). My mom always had dozens of bottles of southern-style fish sauce (น้ำบูดู) from the city of Sai Buri (อำเภอสายบุรี) in the southern province of Pattani (จังหวัดปัตตานี) — apparently the place whence the best of this type of sauce comes. She carefully rationed them out over the months until our next vacation down south.

How precious was this sauce to her? Let’s put it this way: sometimes my mom would leave her jewelry lying around in the house and one time we spent a week searching the whole house for my birth certificate, but her southern fish sauce bottles were safely kept in the sanctum sanctorum of her kitchen pantry, neatly arranged according to expiration dates.

Take her jewelry, if you must. Take the only documentation testifying the actual, yet forgettable and insignificant, event that is the birth of her firstborn, if that pleases you. But don’t you even think about prying from my mother’s firm grip a bottle of this southern fish sauce. 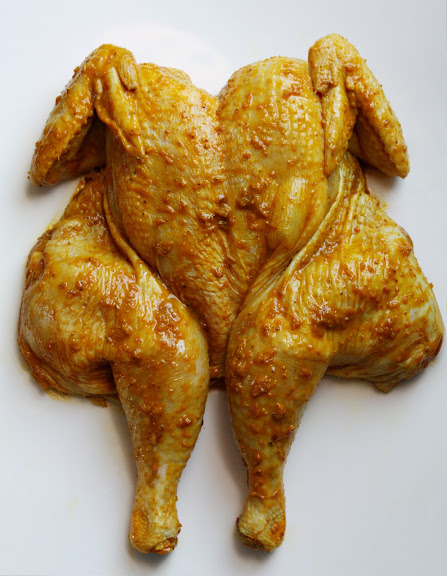 In keeping with the informal southern theme, one of my uncles would bring pre-marinated, spatchcocked, whole chickens to be grilled at the party. His southern-style grilled chicken was always a hit among the younger clan members as 1. we got to help him with the grilling and that was awesome, 2. the chicken made us feel like we were grown-ups because it looked spicy even though it wasn’t, 3. it reminded us of the turmeric-tinted grilled chicken sold at most train stations which never failed to fascinate us when we took train trips down south, and 4. it was unbelievably delicious.

Though different ratios and variants are found, the standard Thai barbecue marinade primarily comprises fresh garlic, white peppercorns, and cilantro roots. Purists would use nothing but fish sauce and palm sugar as the seasoning agents in addition to the classic trio mentioned above. But the use of salt, soy sauce, oyster sauce, and various types of sweetener is also common.

The key to this marinade lies in the use of fresh garlic and whole white peppercorns. This is a wet marinade, not a dry rub. Fresh garlic, when pounded into a paste, provides the body to the marinade, making it cling on the chicken skin better. This means that garlic powder is not going to deliver the same result. As for as the peppercorns, there’s no comparison between pre-ground peppercorns and ones that are pounded whole into a paste along with the other ingredients. I prefer white peppercorns as they are more commonly used in Thai cuisine, but you can certainly use black peppercorns. 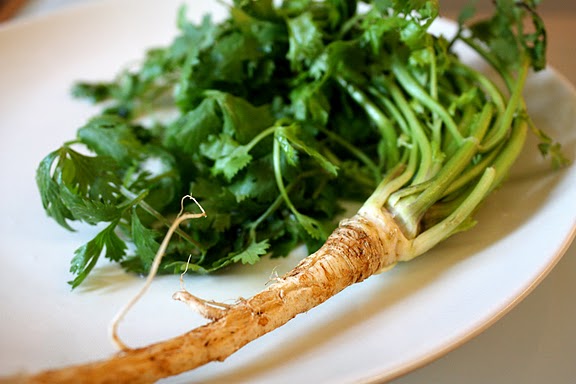 Also, do you have access to fresh cilantro roots? Some of us aren’t so fortunate as some people somewhere decide on our behalf (against our will) that cilantro roots are useless and deserve to be thrown out. But if fresh cilantro in your area comes with the roots, use them (and send holiday cards to your grocer). Cilantro roots add to the grilled meats a unique flavor that you can’t get from anything else, not even cilantro leaves! The seeds don’t give you that flavor either. Though coriander seeds are sometimes used in various Thai marinades, they’re used only on their own merit, never as a substitute for the inimitable roots.

If you don’t have fresh cilantro roots, don’t worry; just use the stems. (Added 5-28-13: Or grow your own cilantro to harvest the roots.) 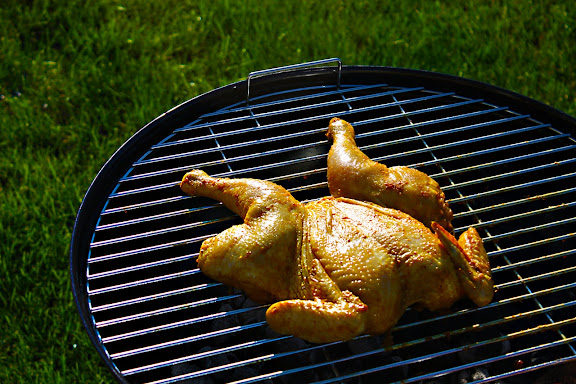