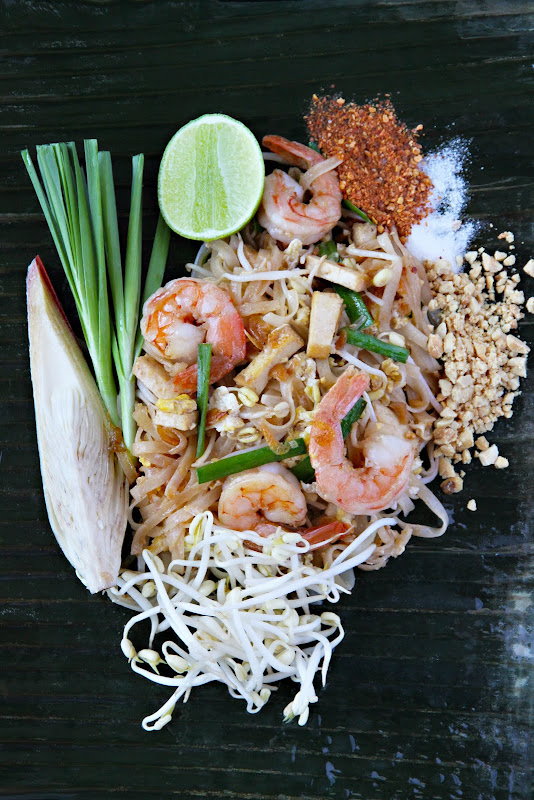 In order for this final post in the Pad Thai recipe series to make sense (or become clear as to why it is sketchy or seems to leave out important details), it is assumed that all of the earlier posts have been read in their entirety. Therefore, if you have not done so, may I please invite you to visit the following posts before continuing? 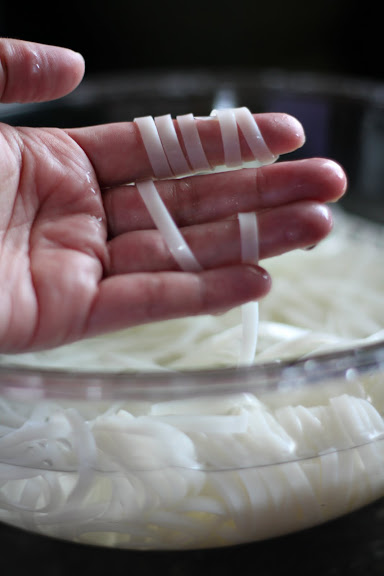 Prepare the noodles according to the instructions in How to Prepare Pad Thai Noodles.
Most of what I believe to be the key issues have already been discussed in the earlier posts, so there’s not much left to talk about. It’s all about action from this point on. This is the most crucial part where additional information is not needed nearly as much as hands-on experience.

The immediate goal of this series is to facilitate you in creating the version of Pad Thai which I like, using the ingredients and method commonly employed by street vendors in Bangkok, my hometown. But that’s just to get you started; it’s not the ultimate goal. Eventually, you will want to get to a place where you can move the noodles around in the pan with the spatulas and know just how much longer it will take for them to cook, how often to stir them, whether the heat is too low or the evaporation rate is too high, how to season it, etc.

The ultimate goal is for you to know how to make Pad Thai which is different from how to follow a Pad Thai recipe. In other words, I’ve put you through five long posts so that eventually you won’t need them anymore.

I hope this entire series has been helpful in keeping as many preventable mistakes as possible from happening. But when it comes to a dish like this where — I think — the mastery of technique is more important than the procurement of ingredients (which, of course, is not to say that ingredients aren’t important), there’s only so much written — or even visual — instructions can do for you. 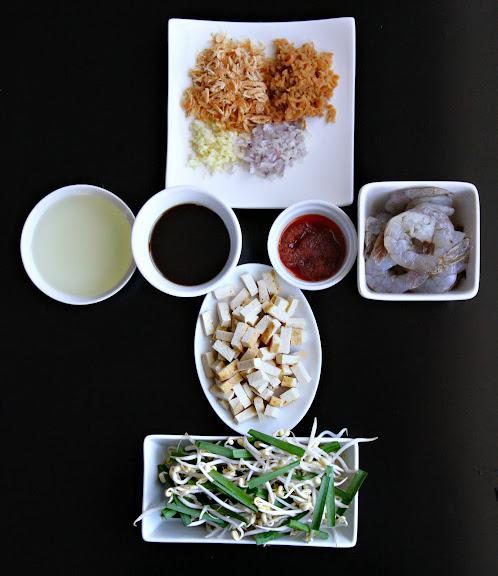 However, some of these tips may help you:

This recipe is made in a 14-inch nonstick pan over medium-high gas flame. Your mileage may vary. 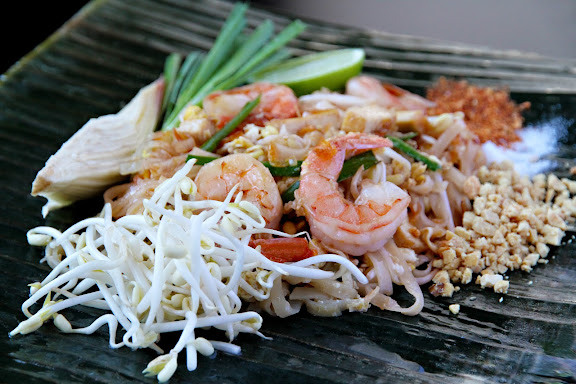