By Leela on December 14, 2010 in She Deglutenizes, She Fries, She Stocks a Thai Pantry, She Thais 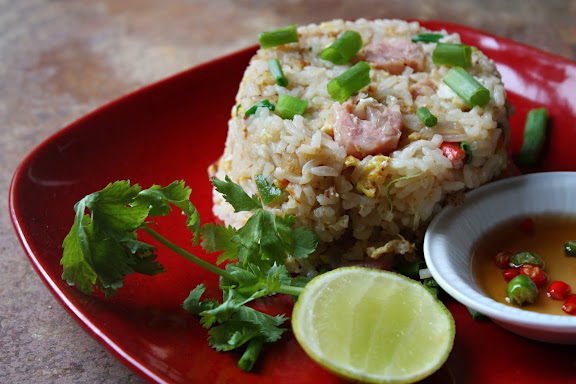 Have you tried naem (แหนม),* a distinguished member of Southeast Asian** class of preserved meats? This soured, fermented sausage is made by curing chopped fresh pork (sometimes with strips of cleaned and boiled pork skin added) at room temperature for a few days until it develops the sour, savory flavor. Naem is traditionally served uncooked as an appetizer, in a salad, or as an ingredient in a dish (in which case it’s served cooked).

Ask the purists, though, and they’ll say naem is supposed to be served raw — always. They believe that only in the raw state can naem truly fulfill its raison d’être. Serving it cooked, they insist, is heretical. 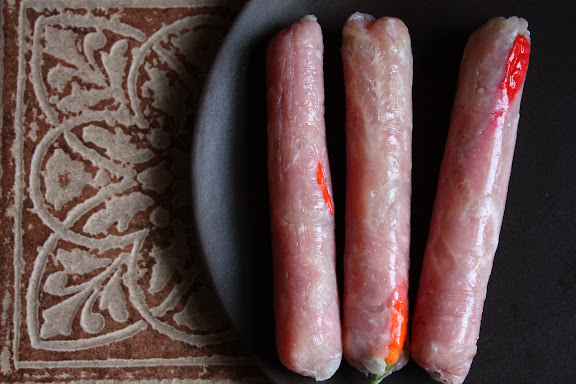 Plastic-wrapped naem is found in the refrigerated section of most Southeast Asian grocery stores.
That’s probably true. But here’s my confession: I hate raw naem. There. Whew!

On the other hand, I love shredded naem in my Khai Jiaw (Thai-style omelet). I love naem in a coconut milk-based relish, naem lon (แหนมหลน) or lon naem (หลนแหนม). Most of all, I love naem fried rice. If this was the only kind of fried rice I’m allowed to eat for the rest of my life, I’d be okay with that.

Naem is packed with bold flavors; it’s salty, sour, and garlicky. Small pieces of naem that are interspersed throughout your fried rice act as both the protein source and one of the main flavoring agents. Hold back on the fish sauce or soy sauce when you make naem fried rice; you may not need as much of it as you think you do. 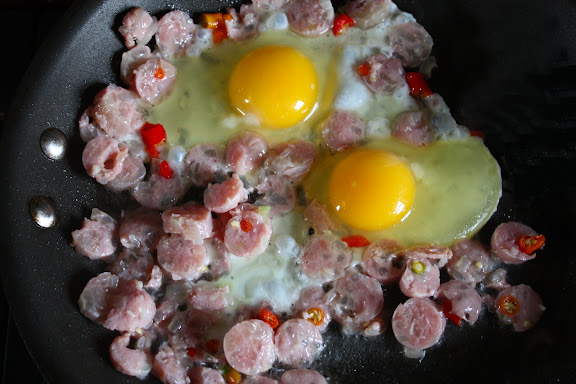 Chopped-up naem scrambled with some eggs makes for such a delicious rice topper.
Other than that, treat naem the same way you would any fresh meat which you normally use in your fried rice.

If you have never had naem, I’d encourage you to try store-bought naem first just to acquaint yourself with its taste and texture. If you decide you like it and want to learn how to make it, come back here early next year to find out how to make naem 2-3 different ways. This post is just a tease, you see.