By Leela on December 7, 2010 in She Braises, She Deglutenizes, She Simmers, She Thais 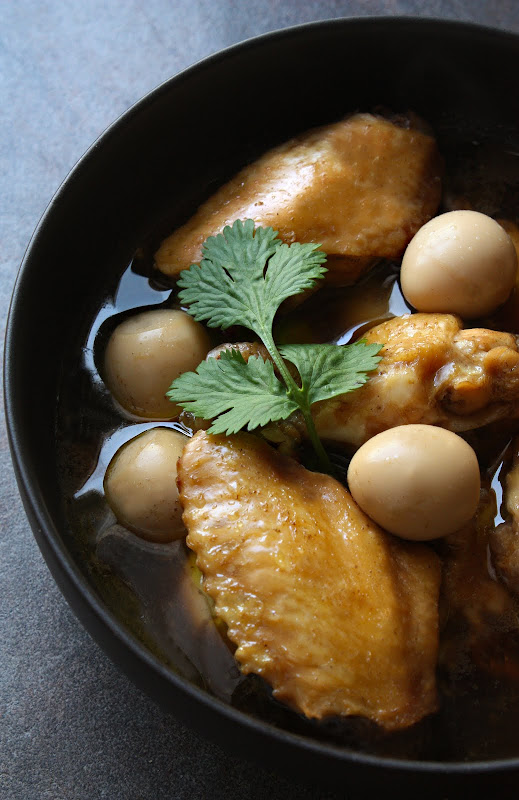 Since we’re in the midst of the holiday season, I thought I would continue with the “homesick menu,” inaugurated by my mother’s Pork Chops with Crispy Garlic and Lemongrass, with this simple dish which my aunt used to make all the time. This dish is based on the various Chinese five-spice soy-braised dishes (phalo พะโล้). Most notable among such dishes is the version with hard-boiled eggs and pork belly (khai phalo ไข่พะโล้) which has been adopted into the Thai cuisine at large and fondly included in the home cooking repertoire of many Thais.

This version is not exactly a Pa-Lo as it does not contain five-spice powder or any individual spices therein; instead it features quite prominently the flavor and fragrance of the quintessential Thai marinade paste of garlic, white peppercorns, and cilantro roots. Also, while the Thai use soy sauce as the main source of salinity according to the Chinese tradition along with fish sauce, they — true to form — have often opted for palm or coconut sugar as the sweetener. This dish is also a bit sweeter than its traditional Chinese prototype.

My aunt’s version employs a lazy streamlined method. Instead of starting off with a caramel base as traditionally done, she just dumps the palm sugar into the braising liquid as the chicken is cooking. We haven’t gotten any complaints as far as I know. If the caramel base is very important to you, I’m afraid this recipe will be a disappointment and suggest that you skip it. 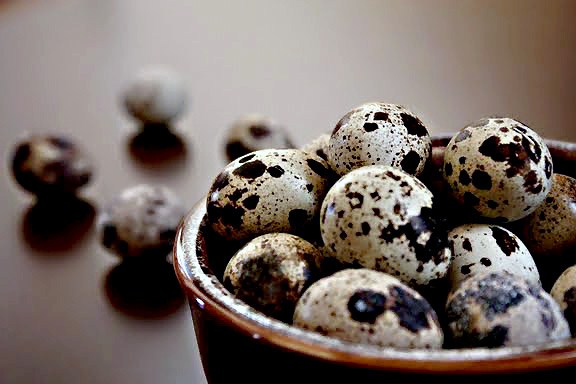 Quail eggs and individual chicken wing joints are used here because of the cute factor more than anything. This aunt of mine has four kids and she is the master of kid-friendly food preparation and presentation. If cuteness means squat to you, chicken thighs, drumsticks, or whole wings would be fine; as do chicken or duck eggs. But if you have a thing for tiny foods, you can miniaturize the dish like I’ve done here.

Lastly, you can prepare your own quail eggs, or you can buy ones that come cooked and peeled in 15-ounce cans (found at most Asian grocery stores). Fresh quail eggs certainly taste far better than canned quail eggs. But if the idea of peeling two dozen hard-boiled quail eggs doesn’t appeal to you, tell yourself — as I do — that martyrdom is overrated and use canned eggs. They’re really not that bad. Whatever eggs you use, be sure to peel them without exposing the yolks for failure to do so means that the finished dish will feature chicken swimming in an unappetizing cloudy, pasty pool of sauce. Not a big deal, but you know …