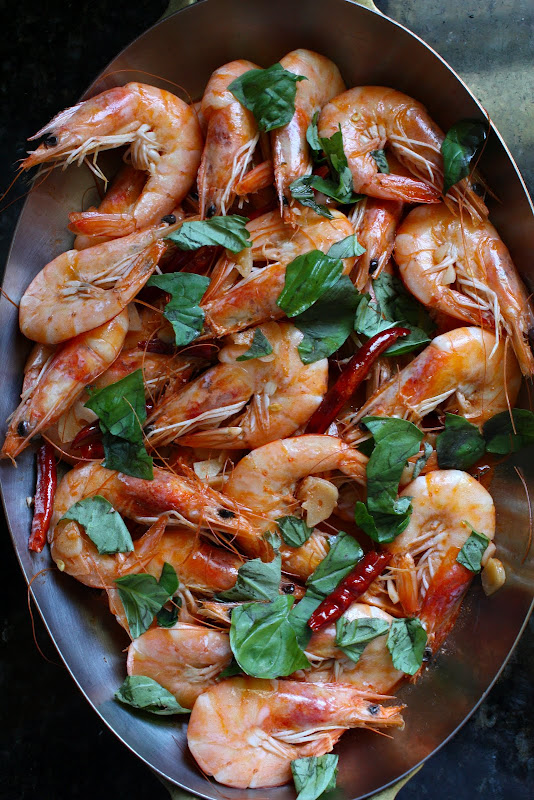 I’ve just realized that there have been quite a few recipes and photos which I’ve posted for those who follow me on Twitter and Facebook which my other readers who are not connected with me on those platforms have never seen. These don’t even include the recipes which I’ve developed for my weekly column on Serious Eats. So since I’ll be traveling overseas for the next several weeks, I thought, for the next couple of weeks, I would post some of the things some of you have missed on here.

But, if you feel like it, while I’m somewhat absent from my blog (I’ll be posting short recipes every few days, but I won’t be writing much), you can follow me on Twitter, Facebook, and read My Thai Cooking column on Serious Eats.

In the meantime, here’s a recipe for one of the dishes I’ve been making for several years. It’s good, though not Thai by any means.