By Leela on September 13, 2012 in Uncategorized 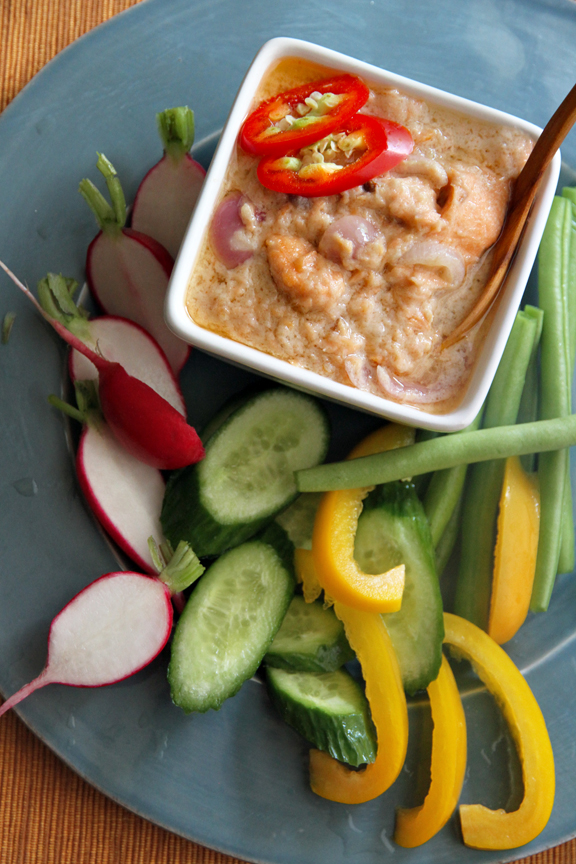 Unless you grew up/have lived in a Thai household or are a non-Thai who regularly eats Thai home-cooked meals with a Thai family, chances are you’re not familiar with a family of coconut milk-based relishes called lon1 (หลน). After all, this is not something readily available on the streets of Bangkok; it’s not something Thai restaurants overseas usually serve either. This, to me, is Thai home cooking through and through.

So, if I were to start a series of posts on traditional Thai dishes beyond Pad Thai that have remained largely obscure to Thai food enthusiasts worldwide, lon, especially this one, would be the perfect series premiere. It’s quite mild and made of ingredients which aren’t generally considered acquired tastes. It’s also delicious, and that’s the most important factor.

Dishes categorized as nam phrik 2 (น้ำพริก) and khrueang jim 3 (เครื่องจิ้ม) are awkwardly rendered “relishes” and “dips” —  probably the best English words for them mostly due to a lack of better alternatives. Most Thai restaurants don’t even put dishes in this family on the menu, perhaps because they’re afraid their diners won’t know how they fit into a traditional Thai meal ensemble. Are they stand-alone appetizers? Are they main dishes? Are they dipping sauces? How do you eat them — like you do curry? Do you ladle it over a plate of rice and eat it like that? Or do eat it one spoonful at a time? Do you eat them in the manner of carrot sticks and ranch dressing? Are they used as condiments the way the Korean use their gochujang? 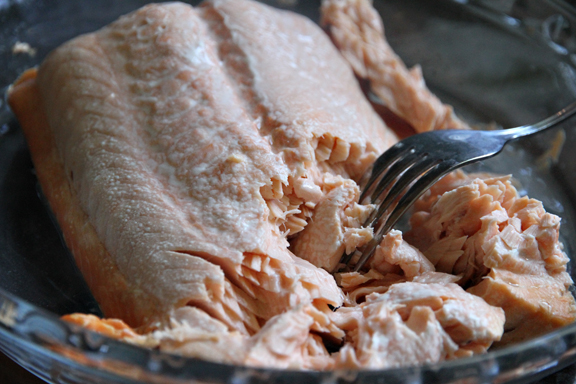 In the household in which I grew up, lon — doesn’t matter what kind — was always served with a large platter of raw vegetables, raw young mango leaves from our front yard, raw Thai round eggplants, young leaves and pods of white popinac (which grew like crazy in our house), and slices of peeled white turmeric. It’s a main dish, as far as I’m concerned, served along with other dishes to form a family meal. I’ll let other people tell you how they eat lon in the comment section, but here’s how I do it: I pick half a bite’s worth of one item from the vegetable platter and place that on half a bite’s worth of rice, then I top it off with half a tablespoonful of lon, and eat that combination in one big bite. A bite containing white turmeric will give you one taste; a bite containing cucumber will give you a different taste; a bite with raw eggplant will, likewise, be completely different.

Lon is such a fun food.

Alas, as you know, there are no young mango leaves, white turmeric, or white popinac to be found in the US. But I’ve learned to be thankful for what I do have. Red  or yellow bell peppers, radishes, cucumbers, green beans are all great with lon. Raw cabbage would also be nice. Thin coins of carrot, perhaps? Maybe celery hearts? I’ll let you decide. In general, you can’t go wrong with mild, crunchy vegetables. 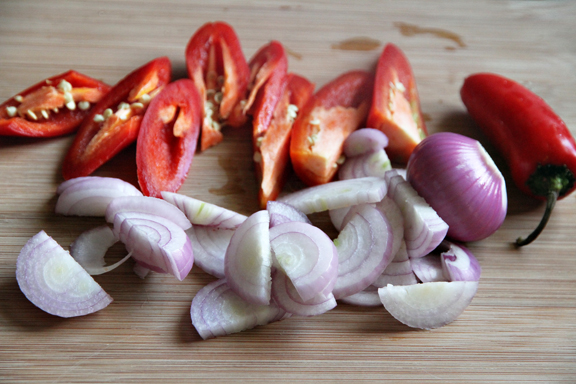 This recipe is my adaptation of the century-old original by Lady Plian Pasakornwong (ท่านผู้หญิงเปลี่ยน ภาสกรวงศ์), one of the first Thai cookbook authors who lived during the reign of King Rama V. There’s much to be said about this aristocratic lady’s many accomplishments, and I will hold off on any more information about her for the amount of material is large enough to warrant a separate post.

For now, notice something: a non-native fish, salmon, is used. In a traditional Thai dish recorded in a document published at a time when salmon wasn’t locally farmed or imported fresh? If you find this a bit odd, know that I do too. As a matter of fact, as I sat in the library archive, poring over the newsletters in which Lady Plian’s recipes first appeared (before they were compiled into a series of cookbooks), I nearly fell out of my chair when I saw “canned salmon” listed as the main ingredient.4

A lon of Isan-style fermented fish (Pla Ra)  — maybe. A lon of salted fresh-water black crabs (Pu Khem) — maybe. But a lon of imported canned salmon? Is that the sound of the purists’ kang keng nai getting into a bunch I’m hearing? 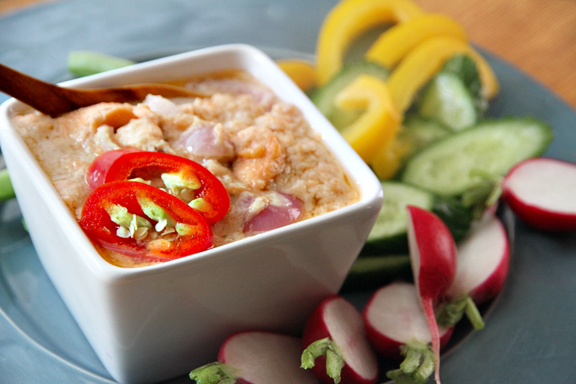 1 Pronounced like “lone” but with a shorter vowel quantity.

4 There is documentation of how local ingredients were prepared Western-style and served to the royals and aristocrats during that time, e.g. Théboh (ปลาเทโพ black ear catfish or Pangasius larnaudii) sauce au beurre on the menu served at the Grand Palace in 1904. That seems to be a common practice. Now we know that using an obviously foreign, imported ingredient in a traditional Thai preparation was also practiced among the elite (who else could afford imported salmon?).