By Leela on May 31, 2013 in She Deglutenizes, She Grills, She Thais, Uncategorized 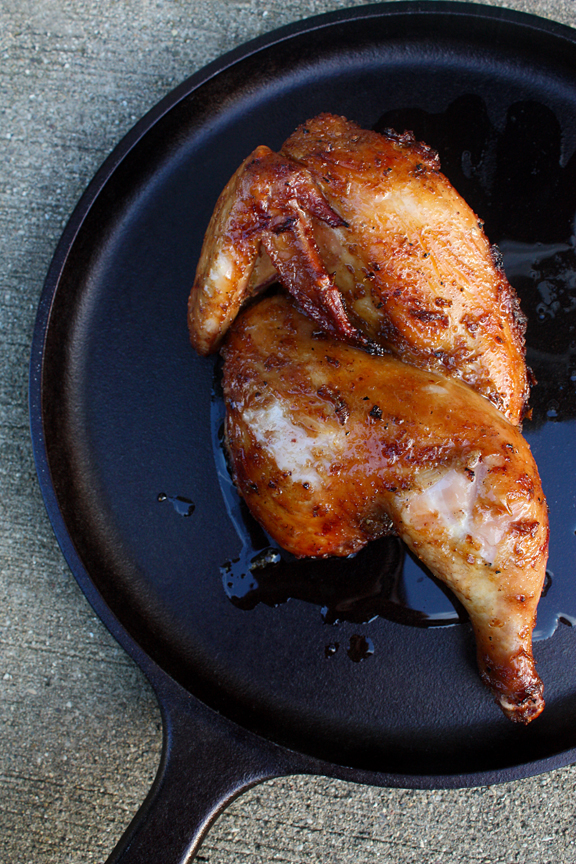 Now that the basics have already been addressed, let’s dive into the first recipe of our Thai Grilled Chicken: The Heroine Upstaged by Her Sidekick series: my mother’s lemongrass grilled chicken. This grilled chicken is not made according to any regional tradition or restaurant (though fans of Sirichai Kai Yang in Bangkok would probably see some resemblance).

The chicken is seasoned with the basic Thai marinade with the Thai aromatic ‘trinity’ at its core. Fresh lemongrass provides additional herbal flavor. It’s a very simple recipe which, according to her notes, Mom had used since 1979. 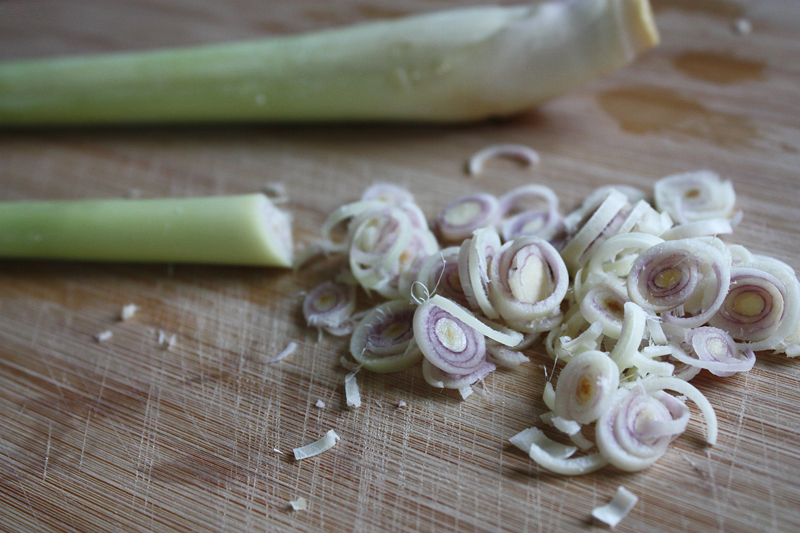 A few remarks before we begin:
1. Use fresh lemongrass. Slice off the leafy part and the root end. Remove the tough outer layers until you see the smooth, pale inner core. Slice the stalk as thinly as possible, starting from the root end until the purple rings disappear. Throw the rest away (it’s just roughage with not much essential oil) or save it for an infusion soup such as tom yam or tom kha.
2. From my experience, the smaller the chicken, the better the result. A chicken weighing between 2.5-3 pounds is best. A large roaster is not a good choice (doubling the marinade to accommodate a larger chicken does not work very well). If you can’t find a small chicken, use two Cornish game hens, weighing about 1.5 pounds each.
3. To gild the lily (I’ve done that with the grilled chicken you see here), slice up two additional stalks of lemongrass (following the same instructions in #1) and fry it over low heat in 3/4 cup vegetable oil until the lemongrass slices are crispy and golden brown. Strain out and discard the lemongrass. Use the lemongrass-infused oil to brush the chicken while it’s grilling.