By Leela on May 25, 2016 in She Bakes, She Braises, She Deglutenizes, She Roasts 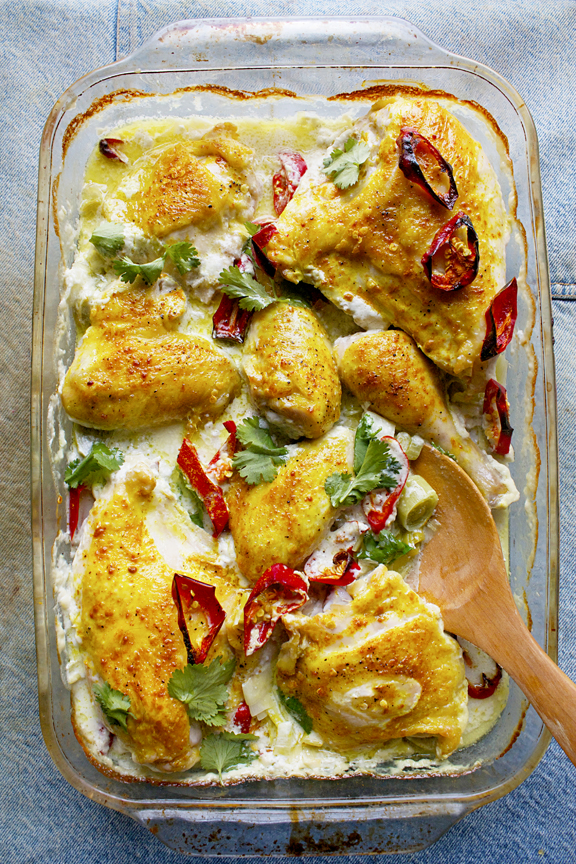 The house I grew up in was only a short distance away from Kasetsart University, one of Thailand’s premier colleges known for forestry, agriculture, and food science. And we never missed the school’s annual fair, a large outdoor exhibition/farmers’ market/food fair where you’d get to see a wide range of produce and plants and sample delicious things.

Kaset Fair, as the event is called, was a big deal. At least to us.

That was also where my mother and I first discovered a vegetable called leek many years ago. Prior to that, we’d never seen it anywhere. My first reaction was that it must have been an oversized green onion. This was, of course, incorrect, but it was based on the fact that most Western vegetables I’d seen seemed to always be bigger than the Thai-grown cultivars. To understand what went through my mind when I first saw leek, imagine yourself as someone who has lived all their life in a(n imaginary) place where the only member of the Brassicaceae family they’ve ever seen is Brussels sprouts. Now, imagine being face to face for the first time with a big head of green cabbage. Part of me felt like I’d unknowingly been living in a miniature world.* 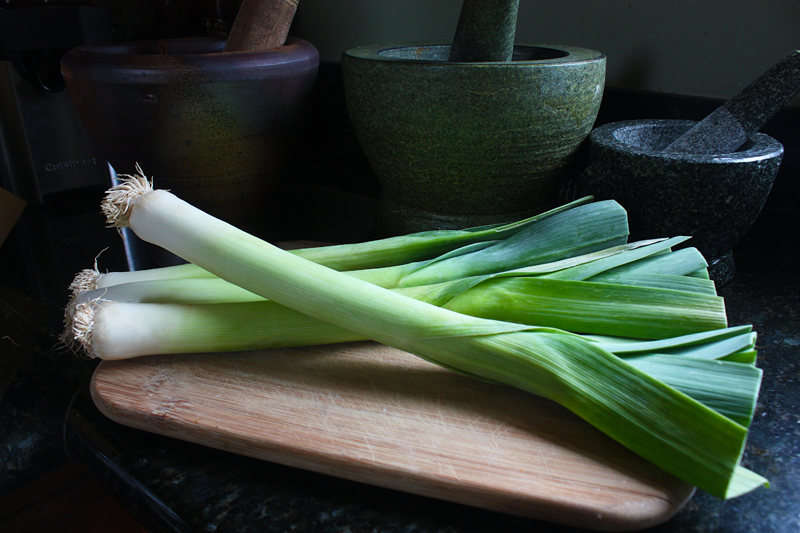 Mom bought a big bunch of leek. I asked her what she planned to do with these colossal green onions; she said she had no clue.

But with Mom being Mom, she figured it out. We had just purchased a big countertop oven** so Mom thought she’d cook something “the American way.” And by that she meant cooking large chunks of meat in a casserole dish in an oven as we’d seen in many recipes in the American cookbooks we’d bought from the various yard sales in Bangkok.

She sliced up some of the leek and baked it with cut-up chicken and coconut milk. We ended up with a delicious dinner of tender chicken in a creamy and naturally sweet sauce that we spooned over rice and enjoyed with extra nam pla prik on the side.*** The only thing Mom didn’t like was that the chicken looked too pale. So she made the same dish again with the remaining leek, adding some ground turmeric to the coconut sauce as well as on top of the chicken for both color and flavor.

At Kaset Fair the following year, my dad, who grew orchids as a hobby, would look for leek first before thinking about getting new types of orchid to add to his greenhouse; my mom, who was deeply fascinated by cold-climate crops, would scan the market for leek before she would even start looking for any other unfamiliar “Western” produce; I, who loved food on sticks, would ignore grilled meatballs or grilled pork on bamboo skewers until I could find leek.

**An oven wasn’t a common kitchen appliance in Thailand when I was a kid. Even now it’s still not nearly as common as it is in North America and Europe.