Archive | She Smokes RSS feed for this section 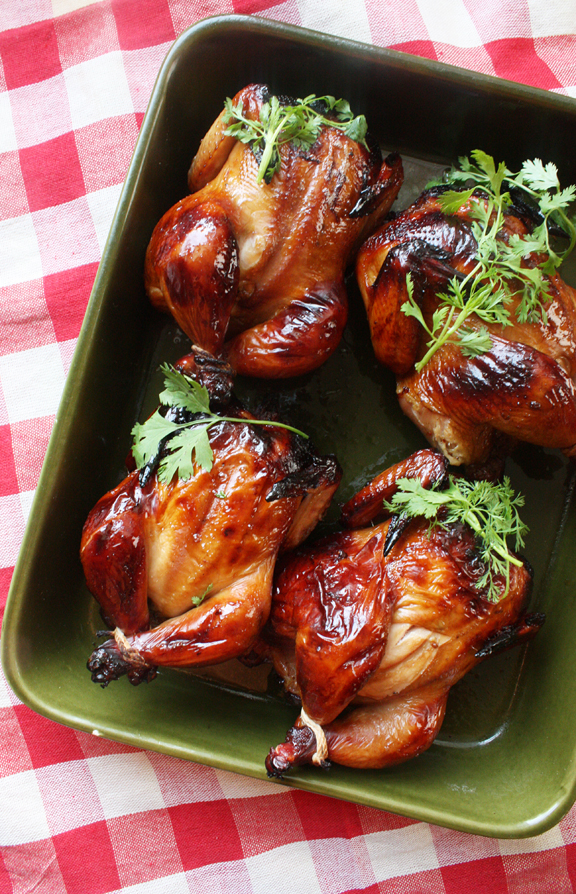 About two years ago, a reader who was about to move back to his native Australia, wrote me lamenting a life without the rotisserie chicken which he had enjoyed five times a week for the past six years of living in Bangkok. I can commiserate as I, too, am an unabashed fan of this famous Bangkok-based franchise (whose name in English rhymes with knife-scar chicken). So I’ve been trying to clone some of its flagship products for the past two years. So far, I’ve had success with a couple of those products. But there’s one that has still proven elusive. And though I think I’m getting warmer, my path so far has been dotted with numerous failures.

But here’s the thing about this project: even the failures taste good. One failure in particular — this one — has become a favorite of mine. I hope you’ll give it a try. END_OF_DOCUMENT_TOKEN_TO_BE_REPLACED